After 20 months of courtship, Jerusalem now believes Ankara and Turkish President Recep Tayyip Erdogan are sincere in their efforts to rehabilitate bilateral ties. 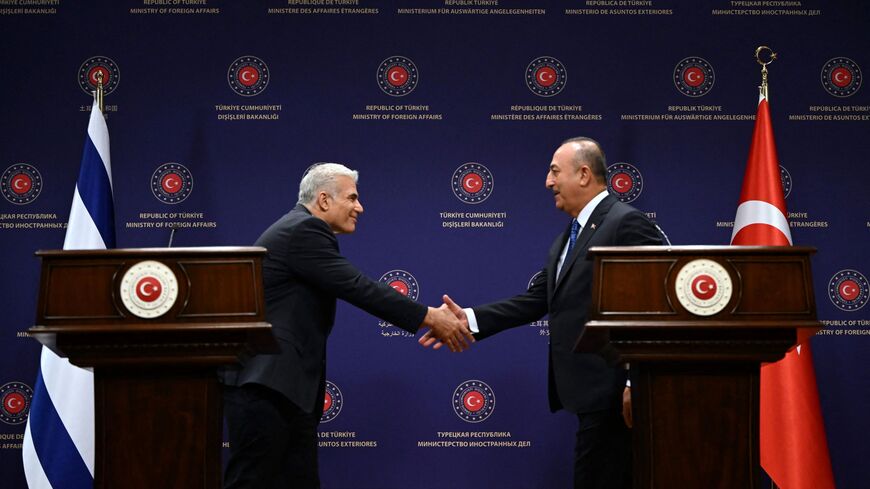 Israeli diplomats are welcoming Prime Minister Yair Lapid's announcement yesterday that Jerusalem and Ankara are restoring full diplomatic ties. Neither side has revealed the names of the new ambassadors, but experts believe decisions in both countries will be taken quickly.

Irit Lillian, the Israeli charge d’affairs in Ankara since February 2021, has labored since taking office to rehabilitate ties between Jerusalem and Ankara. Her colleagues testify that she has managed to generate dialogue with several Turkish decision-makers, and was a key element in the rapprochement between the two countries over the past year.

Shortly after Lapid's announcement, Lillian posted, "This is exactly the kind of day that is worth going to the office for, a day that allows you to dream big and hope that at least some of it will come true. Thank you, my two bosses, Prime Minister Yair Lapid and Director General of the Foreign Ministry Alon Ushpiz, for the privilege of being part of this great cause."

The move "is of course a positive step,'' says Dr. Hay Eytan Cohen Yanarocak from the Jerusalem Institute for Strategy and Security, and it makes sense in light of the 2020 Abraham Accords and ensuing geopolitical changes in the region — and considering Turkey’s dire economic situation.

"Turkey needs foreign investments. Therefore, it makes efforts to restore relations with several countries in the region," Cohen Yanarocak told Al-Monitor. "For instance, the new aviation agreement between Israel and Turkey has huge potential to improve tourism relations. The Palestinians will also benefit from the aviation agreement. They will be able to fly to Turkey from the southern Israel Ramon Airport. It’s a win-win situation for everyone."

Cohen Yanarocak refers to reports on Aug. 15 that both countries are resuming aviation ties. Over the years, despite deterioration in relations, Turkish companies continued to fly to Israel. On the other hand, Israeli companies stopped flying to Istanbul and Antalya 15 years ago, due to Turkish authorities' refusal to accept Israeli security conditions and the high security costs imposed by Israeli authorities on El Al and other Israeli companies.

Dr. Nimrod Goren, the president of Israel’s leading diplomatic think tank Mitvim, says that when Ankara started signaling it was interested in rapprochement, some 20 months ago, Jerusalem was skeptical.

"It took a change of leadership in Israel [the Bennett-Lapid government] and the appointment of a new president in Israel, strongly committed to the issue," Goren told Al-Monitor. "And indeed, since June 2021, Turkey and Israel engaged in a gradual and continuous process of slow improvement."

Goren, who is also co-founder of Diplomeds, the council for Mediterranean diplomacy, acknowledges that leaders of the Bennett-Lapid government were not among those who called in previous years for improved relations with Turkey. Still, he notes that when they recognized there was a real opportunity for improving ties and strategic benefits, they decided to move forward.

"Israel-Turkey relations have known many ups and downs over the years, but have never been severed since 1949, when Turkey recognized the State of Israel," Goren said. The new chapter "should also include not only warming of ties between leaders and politicians, but also between civil societies, academia and the business sector — those same sectors that preserved a significant part of the countries' relations during a decade of political tension."

Israeli experts agree that warming relations could have significant geopolitical effects for the whole region and even beyond.

In recent months a quadruple cooperation among Israel, the Emirates, Bahrain and India has taken shape. Turkey could very well integrate the strong relations Israel is building with Gulf countries. Also, Israel could help warm up relations between Turkey and Egypt, including on energy issues.

Another aspect is NATO. Israeli diplomats have told Al-Monitor that the recent rapprochement is already significantly affecting Israel’s relations with the alliance. Removing Turkish objections over integrating Israel into NATO activities is already offering Israeli high-tech companies a multitude of opportunities.