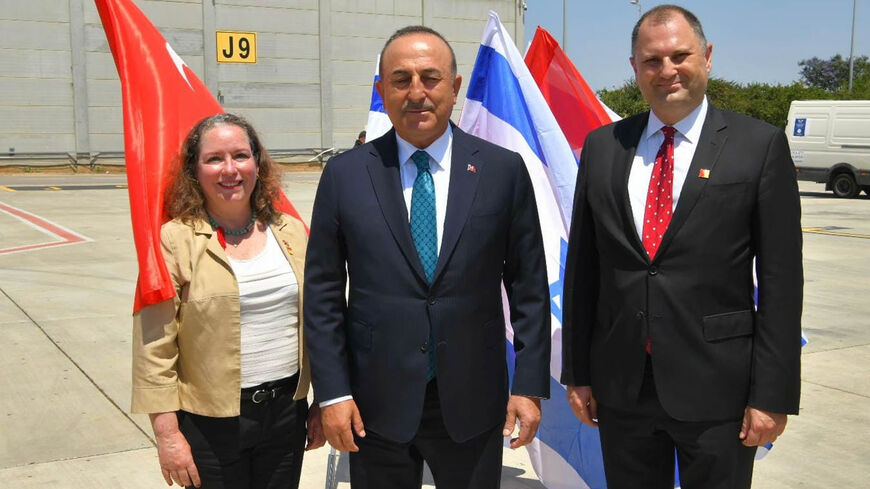 Israel’s Foreign Ministry announced Sept. 19 that Irit Lillian, currently the charge d’affaires at the embassy in Ankara, will serve as the next ambassador to Turkey, subject to formal government approval and approval of the Turkish authorities. Until then, Lillian will serve as ambassador designate. The former ambassador to Bulgaria has headed the Israeli Embassy in Ankara since February last year. During this period, she has been playing a key role in Israel-Turkey rapprochement. Among other things, Lillian is credited quite significantly with the release from detention of two Israeli tourists arrested in Istanbul last year.

Why it matters: Bilateral relations between Israel and Turkey had deteriorated under Turkish President Recep Tayyip Erdogan, especially since the 2010 Mavi Marmara flotilla incident, where nine Turkish nationals were shot by Israeli security forces. On several occasions, Erdogan took up the Palestinian cause, slamming Israel repeatedly, sometimes with antisemitic-toned remarks. In 2018, on the backdrop of deadly clashes in the Gaza Strip between Israeli security forces and Palestinians, Turkey ordered Israel’s ambassador to Ankara to leave. In response, Israel ordered the Turkish charge d’affaires also to leave the country.

After Israel signed the Abraham Accords, normalizing ties with the Emirates, Bahrain and Morocco, Erdogan started signaling he was interested in rehabilitating bilateral ties. The release last year of the Oknin couple from their detention in Istanbul was perceived in Jerusalem as proof that Ankara was sincere in its intentions for rapprochement.

The rehabilitation process reached a climax last March, when Israel’s President Isaac Herzog visited Ankara, officially bringing to an end the decadelong rift. Two months later, Turkish Foreign Minister Mevlut Cavusoglu arrived to Israel, in a first Turkish official visit to Jerusalem for several years. In August, the two countries announced their intention of nominating respective ambassadors. Turkey has not published yet its pick for its new ambassador to Israel.

Behind the scenes: Israel’s Prime Minister Yair Lapid is expected to meet this evening with Erdogan, on the margins of the annual United Nations General Assembly meeting in New York. With only six weeks left until general elections in Israel, the expected meeting with Erdogan earned Lapid already several headlines in Israeli press. The nomination of Lillian, who has been very much engaged in the rapprochement, sends a strong signal by Israel’s government over its commitment to the process.

In parallel, the Turkish president keeps sending positive signals to Israel. Meeting in New York with American Jewish leaders, Erdogan announced Sept. 19 that he plans to visit Israel. It would be a first such visit by Erdogan since taking office.

Economy, economy, economy … : During the decade when the diplomatic relationship was strained, economic ties sustained only minimal damage. Bilateral trade between Israel and Turkey diminished only partially. That being said, the last two years of the rapprochement process is already producing results, with a significant increase in trade. Data from Turkish authorities show that in the first seven months of this year, the amount of trade reached almost $4.2 billion, compared to $3.3 billion for the same period last year.

What’s next: Jerusalem now awaits Ankara to appoint its new ambassador to the country. There is also the question of Erdogan’s visit. With elections in Israel set for Nov. 1, Erdogan will have to decide whether to accelerate things and arrive before, to be sure to meet with Lapid, or wait until a new Israeli prime minister is elected.