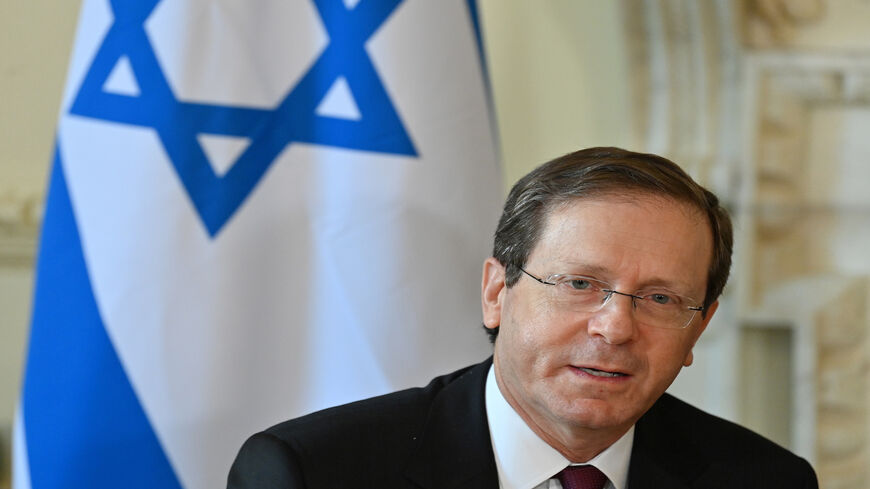 President Isaac Herzog is set to travel to Turkey March 9 for a first official visit in 15 years. The visit comes after two years of persistent attempts by Ankara for rapprochement. At first, Jerusalem was sceptic over the intentions of Turkish President Recep Tayyip Erdogan. Now, it seems, it has decided to accept them as is, and move on full speed with efforts to rehabilitate ties. That being said, neither country has announced so far its intention to reinstall its ambassador back to Ankara/Jerusalem. If the visit goes well, the two presidents might announce this jointly.

While Herzog will be in Ankara, Israel’s Institute for National Security Studies (INSS) will hold a special conference, livestreamed, on the future of Israel-Turkey relations. Ambassador Mark Regev and Gallia Lindenstrauss, senior research fellow at INSS, will moderate the event — titled "Winds of Change: Where are Turkey-Israel relations headed?" — hosting prominent Israel and Turkish experts.

Erdogan announced Herzog’s visit Feb. 3, stating, “We will exert efforts to move our bilateral relations to a very different place. I can tell that they also have the same approach. We will carry out the preliminary work and then start the process.”

The two presidents have spoken four times since Herzog took office on July 7, 2021, including a condolence phone call from Erdogan after Herzog's mother died. On Jan. 20, Turkish Foreign Minister Mevlut Cavusoglu phoned his Israeli counterpart, Yair Lapid, wishing him well after contracting the coronavirus. A strong sign of rapprochement came already last November, with Erdogan playing the central role behind the release of Israeli couple Mordi and Natali Oknin who were detained in Istanbul. After the release, both Herzog and Prime Minister Naftali Bennett called Erdogan to thank him.

On March 6, three days before the expected visit, a senior Turkish delegation of more than 100 businesspeople arrived to Israel, to meet with their Israeli counterparts. It was the largest delegation of its sort to arrive to Israel from Turkey for many years. During the visit of the delegation, the Turkish Exporters Assembly and Israel's Federation of International Chambers of Commerce signed a bilateral cooperation memorandum of understanding. The signing event was followed by dozens of business meetings.

Head of the Export Institute Ayelet Nachmias-Verbin said at the same event, "Turkey is a significant economic partner and I hope that the renewal of relations brings with it interesting opportunities for Israeli industry and new collaborations. The Export Institute, which operates in collaboration with the Foreign Trade Administration at the Ministry of Economy, will strive to create a new infrastructure for industry to encourage our partners in Turkey to adopt Israeli technologies and innovation. … Renewal of relations is an opportunity for the entire Eastern Mediterranean countries, and I hope it can also be realized.”

Figures published ahead of the event showed a considerable rise in the past two years in bilateral trade, from $4.9 billion in 2020 to $6.7 billion in 2021. The rise is due mostly to the import to Israel of plastics and rubber goods (40% rise), electrical machinery and equipment (30% rise), metals (50% rise), and cement, ceramics and glass (43% rise). Israeli exports to Turkey also increased, mostly in chemical industry products (44% rise) and minerals (121% rise).

Last month, Director General of Israel’s Foreign Ministry Alon Ushpiz traveled to Ankara to prepare Herzog’s visit. His visit followed a series of talks between Erdogan’s chief foreign policy adviser Ibrahim Kalin and the charge d’affaires of the Israeli Embassy in Ankara, Irit Lillian. After Ushpiz's trip, reports circulated that Foreign Minister Lapid would visit Turkey mid-March to participate in the 2022 Antalya Diplomacy Forum, where he would meet with Cavusoglu, though the ministry did not confirm that such a trip would indeed take place.

Prior to his Ankara trip, Herzog traveled to both Athens and Nicosia, in an effort to reassure them over their strategic and energy alliances with Israel. While Herzog visited Greece, Ambassador Oded Eran, who will also participate at the INSS conference, said, “The attempt to improve relations with Turkey will absolutely not come at the expense of ties with Greece.”

Like Eran, Israeli leaders have emphasized that the country cherishes its trilateral partnership with Greece and with Cyprus, and is not about to abandon this partnership or diminish it in any way for the sake of Turkey. That being said, the war in Ukraine and the ongoing nuclear talks in Vienna highlight common interests between Jerusalem and Ankara. Both countries are concerned over the possibility of growing Iranian influence in the region and both countries are concerned by the important military presence of Russia in Syria. Israel considers the United States its greatest ally, and Turkey strives to rehabilitate its ties with the United States. Thus, it is no wonder that both Erdogan and Bennett have been trying to mediate between Russia and Ukraine.