Israel resigned to new Iran nuclear deal over its objections

Israel appears to have resigned itself to the defeat of its prolonged campaign against an agreement. 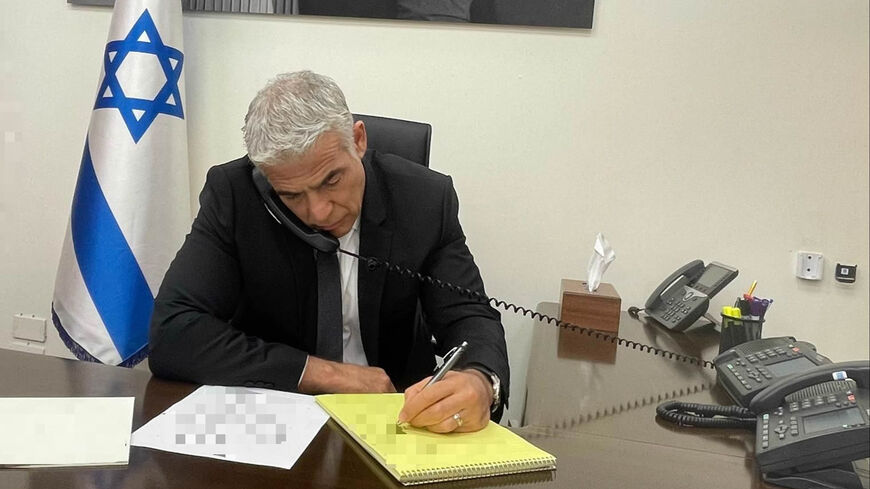 A sense of impending doom has taken hold of Israel’s top security echelons. Situation assessments and working assumptions over the past two weeks have led to the inescapable conclusion that world powers will sign a deal with Iran on its nuclear program. The disagreements between the more pessimistic views of the Mossad agency and the more relaxed approach of military intelligence have all but dissipated.

A top security source told Al-Monitor this week that the agreement would be signed sooner or later because both US President Joe Biden and Iran’s Supreme Leader Ayatollah Ali Khamenei want it. “Unfortunately, Biden wants it more, and the West has gradually given in to Iran on almost all the clauses. Both sides are ripe for signing; the Iranians know they will not get more than they already received and President Biden aspires to sign before the mid-terms,” the source said on condition of anonymity, referring to the upcoming November congressional elections.

The source noted, “The deal about to be signed is nothing short of a catastrophe, not just for Israel but for the region as a whole. This is a resounding victory for Iran, which will get billions of dollars in the coming years and up to a trillion dollars by 2030 just so the world can get an additional delay of a month or two in the completion of Iran’s bomb. This is nothing short of madness and complete bankruptcy, and Israel must warn against it because there is no one else who can do so. Sadly, this is all happening at the instigation of Israel’s greatest ally, but that is the situation and we will have to deal with it.”

Israel insists it will not be bound by the agreement. The top security source added, “We will keep using all the ways and means at our disposal to prevent Iran from going nuclear, without taking into account this or any other agreement. We have no choice. A nuclear Iran is a serious issue for the West, but an existential one for Israel’s survival.”

The views of Mossad Director David Barnea, who regards a deal with Iran as a “strategic disaster,” appear to have prevailed over those espoused in recent months by the heads of military intelligence and others who believed that of all the bad options currently on the table, a return to the 2015 deal with Iran is the lesser evil.

The latest details of the emerging agreement, including the pass it gives Iran on the findings of three investigations by the International Atomic Energy Agency (IAEA) regarding suspicions of Iran’s nuclear armament intentions, have won over even the most optimistic Israeli officials to the Mossad’s hard-line assessment.

“Clearly, saying that these findings will be dealt with after the agreement is signed is meaningless. The Iranians will not supply explanations. The deal with be signed and go into force, no one will violate it over the open [IAEA] investigations and we will eventually find ourselves in the midst of a massive Iranian scam, without any response from world powers,” an Israeli diplomatic source monitoring the negotiations told Al-Monitor on condition of anonymity. “This proves that the whole agreement is a fraud, based on the assumption that Iran never sought to obtain nuclear weapons, while the pending investigation materials prove the complete opposite.”

Israel concedes that the emerging deal will delay Iran’s nuclear breakout capability from the current one-month estimate to some six months. That is the time it will apparently take Iran to enrich military-grade uranium to 90% level sufficient for one bomb.

“The problem,” a senior Israeli military source told Al-Monitor on condition of anonymity, “is that we reach the first sunset clause in 2025,” the point at which the deal authorizes Iran to move ahead to within two-three months of nuclear breakout time. “That means that in order to distance Iran by two months from a bomb, the West is going to shower it with billions of dollars. This is a disaster.”

Israeli experts believe that once the sanctions on Iran are lifted and its bank accounts are unfrozen, Iran will have access to billions of dollars in the first year and as much as $1 trillion by 2030. “The Iranian economy is about the size of the Israeli one. Such sums defy all imagination and will allow Iran to shower money on all the terrorist organizations in the Middle East, while maintaining its nuclear capability and preparing for a breakout to a bomb. This is nothing short of complete madness,” the Israeli diplomatic source said. “We will have to deal with all of this on our own.”

The issue of perception is just as egregious as the economic aspects of the impending agreement. Israel has already identified signs that its regional allies are coming around to the idea of Iran’s victory and of its transformation into the region’s strongest power that has brought the West to its knees. “We are already identifying movement on the part of our allies toward Iran,” a senior Israeli intelligence official told Al-Monitor on condition of anonymity. “Gulf states are sending their ambassadors back to Tehran; everyone is preparing for this huge Iranian victory under the auspices of the West.”

Israel appears to have resigned itself to the defeat of its prolonged campaign against an agreement. The senior Israeli intelligence source believes the disagreement in recent months over Iran’s demand that the Islamic Revolutionary Guard Corps be removed from the US list of foreign terrorist organizations was simply a delaying tactic.

“This was not strategic and it was clear the sides would overcome this hurdle or ignore it. The Iranians will know how to channel funds to the Revolutionary Guards and circumvent the sanctions on the organization and the terrorism list. They are world champions in this field. We are more concerned with the 2025 sunset clause and the fact that Iran will emerge from the agreement in 2030 immeasurably stronger and very close to nuclear capability. Israel will find it hard to live with this,” the senior intelligence source noted.

Israel’s public campaign against the agreement is expected to intensify soon. Prime Minister Yair Lapid, who issued a harsh statement this week urging world powers to “get up and walk away from the negotiating table,” spoke last week with French President Emmanuel Macron, several days after talking to German Chancellor Olaf Scholz. Israeli national security adviser Eyal Hulata is in Washington, where he is expected to encounter a cold shoulder. According to Aug. 22 reports, he will not be meeting with Secretary of State Antony Blinken. Barnea, who has issued harsh pronouncements against Iran, is likely to emerge from the shadows and make his views publicly and clearly known. None of this will delay Iran or overly concern world powers.

“Israel must be prepared and capable of blocking Iran’s nuclear capabilities on its own,” the senior Israeli security source summed up. “With all due respect to our allies, we will be the ones having to deal with Iran, and we must ensure that we have a credible and powerful military option and ability to remove the Iranian threat to our existence in every way we see fit. The agreement will be signed, but it will not include us. No one else will decide the future of the Jewish state or force it to abandon its security.”