​​​​​​​Iran’s president says Tehran wants the IAEA probe closed in what could be a sign of inching closer to a new deal. 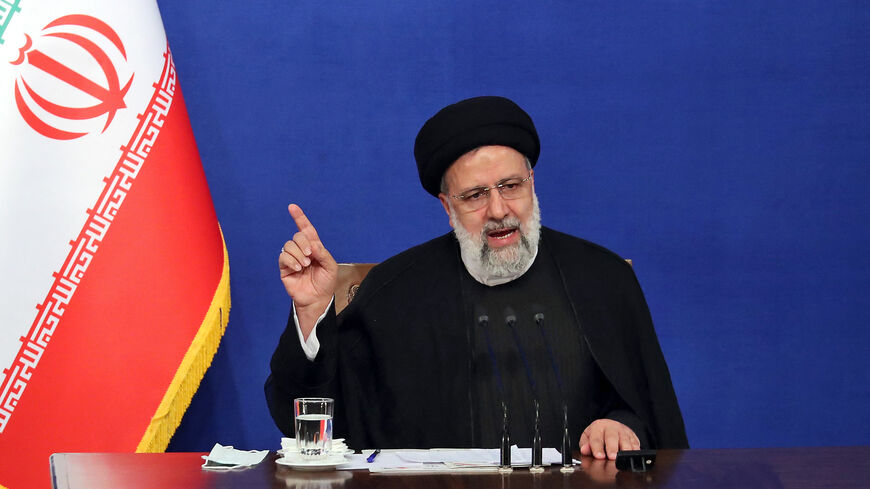 Iranian President Ebrahim Raisi spoke today about the negotiations to revive the nuclear deal. Iran is currently reviewing a proposal by the United States regarding a revived deal that came in response to an Iranian proposal. The details of the proposals, which originated as a European “final offer” to resolve the dispute between Iran and the United States, have not been shared publicly, but officials and media leaks have offered insights to some of the sticking points.

In a press conference today, Raisi said addressed the International Atomic Energy Agency's ongoing probe concerning previous nuclear activities by Iran. “When we talk about negotiations,” Raisi said, “all of the issues of additional protocols must be resolved.” One of Iran’s concerns is that if another agreement is made, the United States would use IAEA inspections of historical issues to leave the deal once again. The United States exited the 2015 deal in 2018 when President Donald Trump took office.

Raisi also said that Iran insists on the removal of “permanent sanctions,” likely in reference to sanctions on oil sales and banking transfers. In 2018, the United States reapplied sanctions on oil sales and banking transfers, preventing and reducing Iran’s ability to sell oil to Asian and European markets and blocked Tehran's ability to conduct banking transactions. Whether or not there is a deal, individual Treasury designations may remain. Raisi’s comment could also be interpreted that Iran is going to drop its insistence that the Islamic Revolutionary Guard Corps be removed from the US list of foreign terrorist organizations.

Unlike his predecessor, Raisi has not spoken much about the nuclear negotiations and has very little political capital invested in them. Raisi had campaigned on not tying the country’s economy to the nuclear talks but rather focused on “neutralizing” the sanctions, as his administration likes to call it. Another reason is that given the many political pitfalls of the nuclear negotiations, they are being primarily directed by the office of Supreme Leader Ayatollah Ali Khamenei. Even Foreign Minister Hossein Amir Abdollahian appears to not be as involved in the nuclear talks as is his predecessor, Mohammad Javad Zarif.

Most observers who have followed the negotiations between Iran and the United States believe that the two sides are closer to a deal than they have been since the Biden administration took office. It appears that while the full revival of the Joint Comprehensive Plan of Action that was signed under the Obama administration might not be imminent, Iran and the United States will agree to some steps while pushing some of the major issues, such as the IAEA probe, to a future date.