The US dollar may be losing its dominance in the Middle East to the yuan. 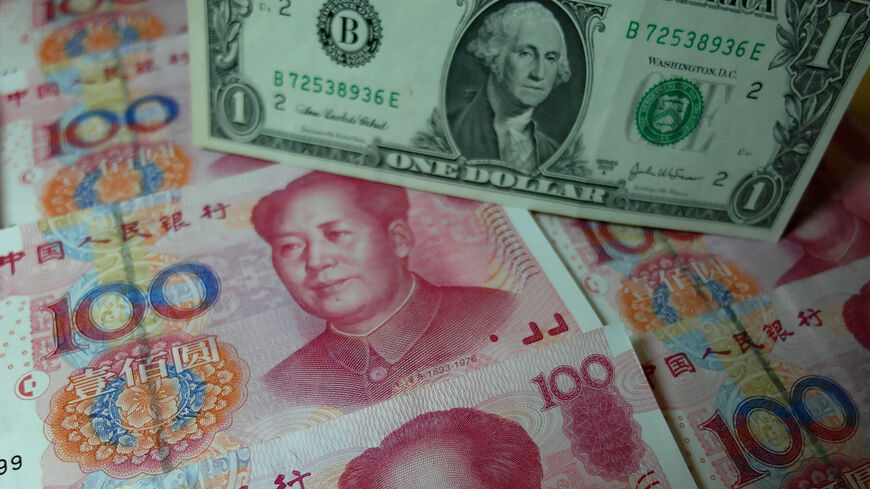 Yuan banknotes and US dollars are seen on a table in Yichang, Hubei province, China, Aug. 14, 2015. - STR/AFP via Getty Images

Egypt has decided to issue bond’s denominated in China’s currency, the yuan. Egyptian Finance Minister Mohamed Maait said at a press conference today that Egypt will issue $1.5 and $2 billion’s worth of the yuan-denominated bonds, multiple Arabic-language media outlets reported.

What it means: Bonds are a financial security that represent a government’s obligation to repay the bond buyers. Government typically use bonds to help finance expenses. In this instance, Egypt will issue bonds with a monetary value denominated in yuan, as opposed to Egyptian pounds or US dollars.

Why it matters: The US dollar is the world’s reserve currency, and is widely used in the Middle East, including for bond issuances. However, as China rises as an economic power, the yuan is chipping away at the dollar’s dominance — at least to a small extent. In April, Israel’s central bank added the yuan to its foreign currency reserves. Saudi Arabia has also been considering using the yuan instead of the dollar for oil sales to China. Iran also announced this month that it started using rials and Russian rubles for trade with Russia.

The bonds also have importance in regard to Egypt’s economic situation. Egypt’s foreign currency reserves have fallen dramatically this summer, in part due to the fallout from the Russian invasion of Ukraine. The war has disrupted Egypt’s imports, particularly of wheat.

The Egyptian government is currently working to reduce its budget deficit as a result. The Ministry of Finance also said today it plans to issue Egyptian pound-denominated bonds worth $600 million, according to local media.

The yuan bonds have been in the works for some time. Maait announced his intention to issue bonds in yuan back in May alongside the Chinese ambassador in Cairo.

Know more: Egypt’s ally the United Arab Emirates (UAE) started issuing bonds for the first time last year, opting to use US dollars. This year, the UAE began issuing bonds in their own currency, the dirham.