Some Lebanese felt traumatized at seeing another fire at the site of the 2020 blast that devastated the capital. 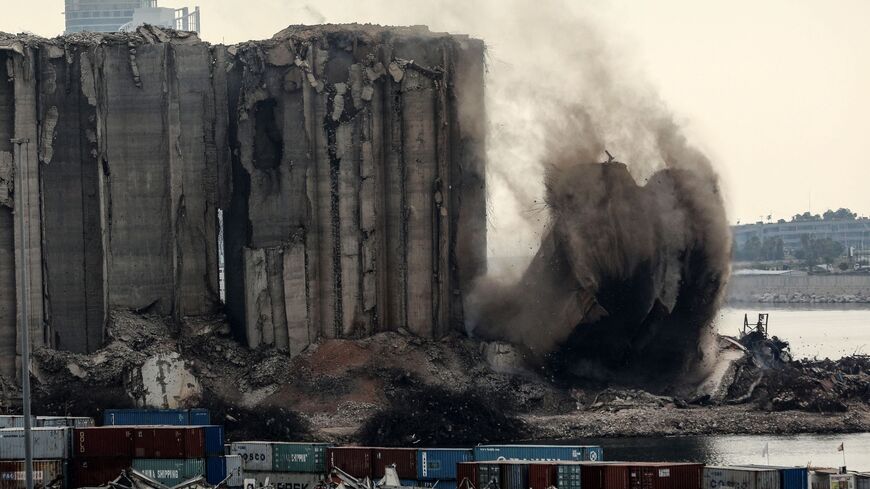 Part of the grain silos in the port of Beirut collapses due to fire on Aug. 4, 2022, the day that crisis-hit Lebanon marks two years since a giant explosion ripped through the capital. - IBRAHIM AMRO/AFP via Getty Images

Another part of the Beirut port’s grain silos collapsed today, resurrecting the trauma of the explosion that happened exactly two years ago.

Footage broadcast by the Lebanese news outlet Al Jadeed showed the massive structure falling to the ground, leaving a giant cloud of smoke in its wake.

An explosion ripped throughout the port in the Lebanese capital on Aug. 4, 2020, leaving around 200 dead and significant damage to the city. The blast occurred after a large amount of flammable fertilizer caught fire. To date, no Lebanese officials have been convicted in relation to the blast and the lack of accountability is a continued source of anger in the country.

Problems at the port resurfaced In July, when fires broke out at the silos. On Sunday, part of the structure collapsed.

Many Lebanese expressed feelings of trauma on social media upon seeing the blast site on fire again.

Lebanon has been in an economic crisis since 2019 marked by food and fuel shortages as well as the depreciation of the Lebanese pound. Yesterday, the World Bank released a damning report on the crisis, accusing the country’s ruling class of deliberately engaging in corruption, hindering the delivery of public services and more.

There could soon be some relief on the food front, as Ukrainian wheat exports to Lebanon resumed this week.