Other parts of the grain silos have collapsed this summer as the 2020 port explosion continues to plague Lebanon. 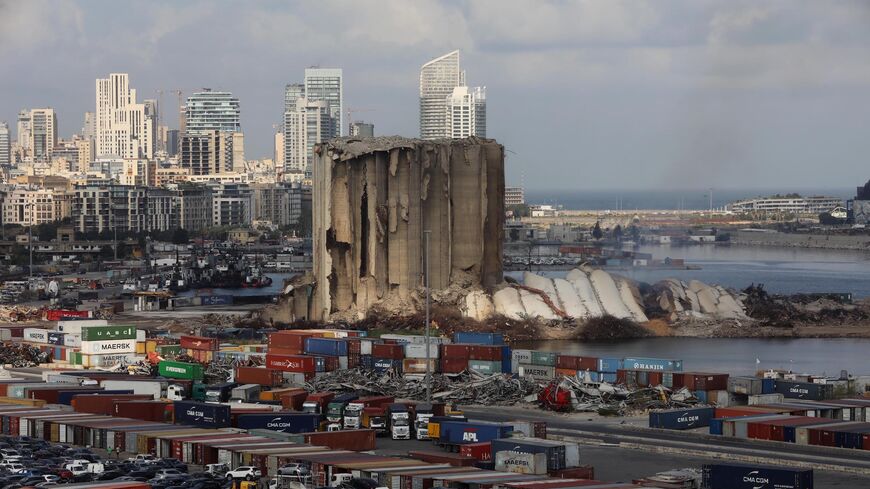 A general view shows the northern collapsed section of the grain silos in the Port of Beirut on Aug. 23, 2022, in Beirut, Lebanon. - Marwan Tahtah/Getty Images

The Port of Beirut's infrastructure continues to suffer from the effects of the 2020 explosion.

The section that collapsed is the last silo in the northern section. The silos in the southern section remain standing, according to the Lebanese news outlet L’Orient Today.

Eight more grain silos collapsed on Tuesday after succumbing to damage from the devastating 2020 explosion -- the third major collapse in a month pic.twitter.com/Yab472dEX5

Why it matters: The silos were heavily damaged — along with much of Beirut — during the 2020 port explosion. The blast occurred when tons of fertilizer caught fire and exploded. No one has been convicted in relation to the tragedy, which led to more than 200 deaths, and the incident has been a continued source of anger in crisis-stricken Lebanon.

Other parts parts of the silos collapsed in July following a fire. There was anther collapse earlier this month.

The collapses have prompted air quality concerns in Beirut. Earlier this month, the Environment Ministry said it had conducted an air quality check and found no issues.

Accuweather reported Beirut's air quality as "fair" today. The assesssment does not necessarily take into account the vicinity of the silos, which is close to populous downtown Beirut.

Know more: Lebanon’s economic crisis continues to grow worse. Recently, some cash-strapped Lebanese have been opting to get married online. Many Lebanese in mixed religious relationships, who must obtain a civil marriage abroad, are having difficulties paying the travel costs amid the crisis.