Rula Halawani's journey as an artist has always involved looking at the Palestinian land and people. 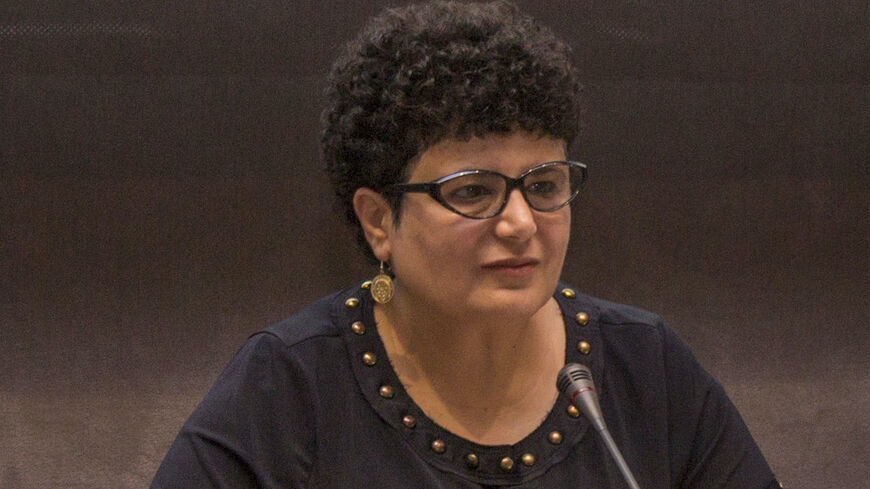 Rula Halawani - Courtesy of the artist and Ayyam Gallery

"I believe in destiny. And indeed the way I began with photography was a complete accident," says Palestinian artist Rula Halawani: "It was just something that came to me."

Born in Jerusalem in 1964, Halawani is influencing generations of young artists and photographers, both with her rich oeuvre, exhibited in shows, Biennales, and art fairs around the world, as well as her role as an art teacher and professor at Birzeit University in Palestine.

While she started out photographing the most excruciating moments of the occupation of Palestine for newspapers and magazines, after nine years she changed her approach, using the camera to create art that was better attuned to her own feelings and opinions.

Her image-making is characterized by an experimental approach to documentation, with heavy use of negatives and filters. Her work explores the Palestinian experience under occupation, as well as its spatial, architectural, and material aspects.

Halawani wasn’t exposed to art in her youth in Palestine. Still, when she was living in Canada, studying math and physics at Saskatchewan University, she decided to join a photography course.

Her outlook on Palestine was changed by living first in Canada and then, years later, in London: "When I was living overseas, it was the first Intifada. I did a minor in sculpture and all of my work was already focusing on Palestine, even from a distance.” Because of the difficult political situation in her homeland, she ended up staying in Canada for almost six years without ever visiting Palestine.

When she finally was able to go back, everything looked so different. "When I left my homeland I was 18. I was 24 when I came back, and felt different from anyone else,” recalls Halawani. “That's one of the reasons I decided to become a photojournalist; I really wanted to understand why people were fighting for the land." 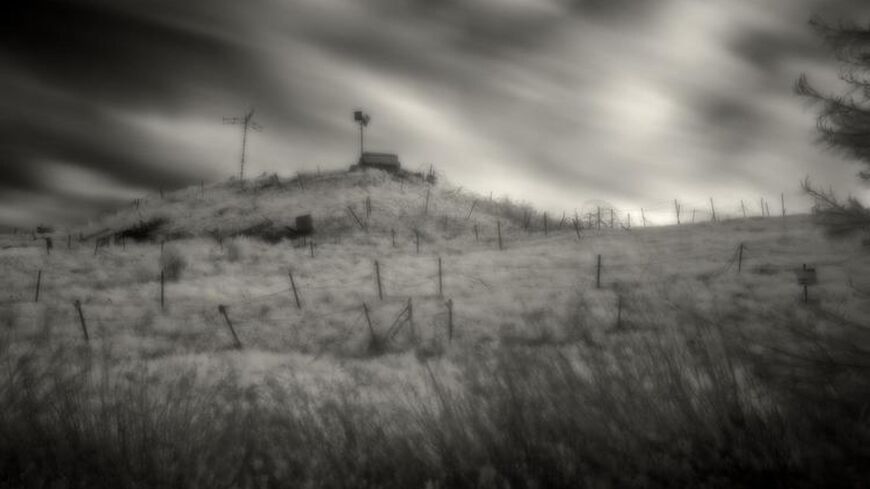 Untitled 1, by Rula Halawani (courtesy of the artist and Ayyam Gallery)

So she started taking pictures and talking to everyone she encountered, looking for answers. She was offered a job as a photojournalist and she took it. "Every time I took pictures of a funeral, and saw people cry, I couldn't stand it. I didn’t have that professional detachment. I would come home and ask my family, why people die for this land? Why don't you guys go and just live in Canada?"

Halawani says that at the time she believed that people were much more important than the land. She changed her mind when her father told her: "'What's the use of the people if they don't have a land to live on? To belong to. …' And only with time I really understood those words."

A pivotal moment was witnessing the death of a boy she became friends with, after meeting him on the streets of Hebron in 1996. “That boy died in front of me, I have his death on film. He is dead on the ground and he had stones in his hand. That was the moment I realized that I didn’t want to continue with photojournalism. … I wanted to tell that story, but in a different way.”

She was determined to create something that would become part of history. "It’s the responsibility of the artist to contribute in deconstructing the misrepresentation of the east by the west," pitches in fellow Palestinian artist and photographer Hazem Harb. "To convey alternative stories about Palestine, to connect them to different contexts where similar struggles are happening."

Today Halawani’s method is really spontaneous; she experiences a situation and decides to tell about it. At the same time, she is always backed by a lot of research and usage of archival images. Her latest projects are “For My Father” and “For You Mother.” The first stemmed from a trip to the north of Palestine that she took with her family. "As I child I remember my father bringing us to Syria," she said. We were shocked to learn that part of Syria was also occupied by Israel. In my photographic series, I recalled the land through my father's eyes."

The project wasn’t just thematically rich, but also experimental in terms of technique. It consists of slightly blurry pictures that symbolically represented something suspended between the past and the present.

When she finished the project, her mother asked Halawani to realize a similar photographic project after her death, and "I looked her in the eyes and told her: 'Mother, don't talk about death! I want to start making the project for you now.'”  The premise for the series was again a memory from childhood of her mother's saying: "They might destroy all our cities, all our houses, even if they deport us out of Palestine when we die our souls will come back to Palestine, and will remain in our sky.”

At the University in Birzeit, Halawani initially taught photojournalism in the media department, but now teaches in the art department. Since 2017, she has been nurturing a new generation of Palestinian artists in multimedia art. She feels positive about the up-and-coming art scene in Palestine: "It’s slowly happening. I have some students who are winning awards and making residencies."

Adila Laïdi Hanieh, former professor at Birzeit University and director of the Palestinian Museum next to the campus, believes that in Palestine in a particular culture is connected to the struggle for emancipation: "I don't look at culture as a mere ornament. It is tied to political, historical and social structures. This idea informs all of our work and all our projects at the museum." She explains that artists have the role to produce new perspectives and disseminate that knowledge about the Palestinian condition and history.

"I look at culture in a holistic manner, considering history and anthropology as well, which are not strictly artistic subjects."

Looking back at decades of art-making, Halawani feels today that she enjoys the process more than ever: "Every project has its own story. But it's always about connecting with the people, understanding their mentality, connecting with my family and who I am, and how things should work. I was so confused in the beginning leaving the country at 18 years old. But luckily photography came into my life and changed it, becoming part of who I am."