Surreal silos and ruins of ancient buildings are the subjects of the new series of works by Dia Mrad, recently presented at the biggest art fair in the Middle East. 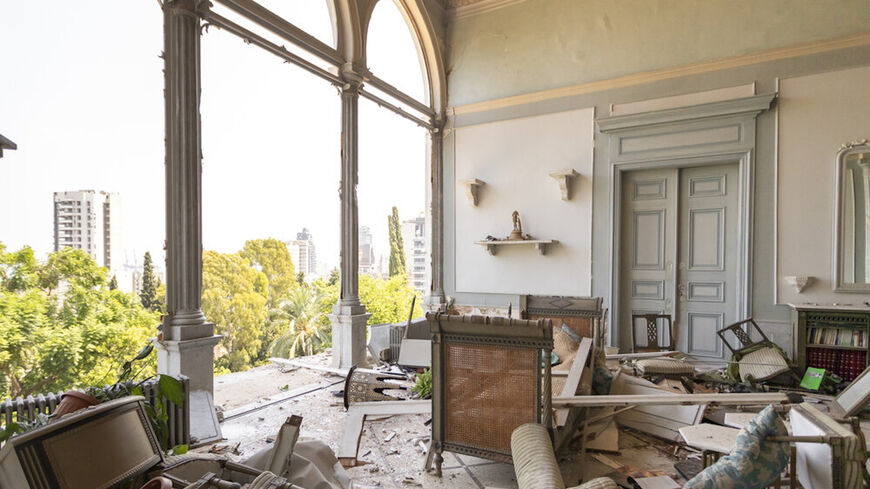 “Walking into the palace, I saw the main entrance door blown apart. I decided to go in," said Lebanese photographer Dia Mrad. “I walked inside carefully, not wanting to touch anything or tamper with the ‘crime scene.’ I was also scared that something might fall on me. It felt like I went inside the building but didn’t step inside.”

Mrad is talking of the experience of shooting "The Road to Reframe," a photo series capturing local architecture after the explosion at the Beirut port on Aug. 4, 2020, and one of the most interesting works that has been presented at the 8th edition of Art Dubai, the biggest art event of the Middle East held at the Dubai World Trade Center on March 16-19.

Mrad’s architectural training influenced his work as a photographer, enabling him to see the buildings in a different perspective, in terms of angles, lighting and the position of his camera in relation to the building. “Studying architecture also provided me with the knowledge of the importance of heritage preservation and the need for urgent action to save it,” he told Al-Monitor.

He noted, “When I started going around the city and photographing, I saw buildings being demolished, or I would come back to an area and find a building missing.”

Having been inspired and appreciative of Lebanese architecture, Mrad felt the need to do something to save it for future generations. “Preserving these buildings by saving an image of them felt like the fastest way to do so,” he added.

In terms of his photographic approach Mrad rarely plans what to shoot, but he ends up planning the circumstances around it. “When I am on a shoot, I let myself flow completely, and that's when I get the best shots. For example, when I photographed the silos, I had no preconceived notions. I only let myself feel the experience, which led to an accurate portrayal of it through photography,” he said.

In the aftermath of the explosion Mrad felt an emotional wreck, but he used this urgency as a drive to continue his work. “I put my emotions aside and focused on the work. I would stop and cry sometimes. But to be honest I was feeling dead inside, numb. I wasn’t feeling,” he admitted. “It wasn’t until the first anniversary of the explosion that all these feelings came back to me, and indeed I went through an emotional breakdown at the time. Time was distorted and I was shocked that one year had passed. It felt like a day.” 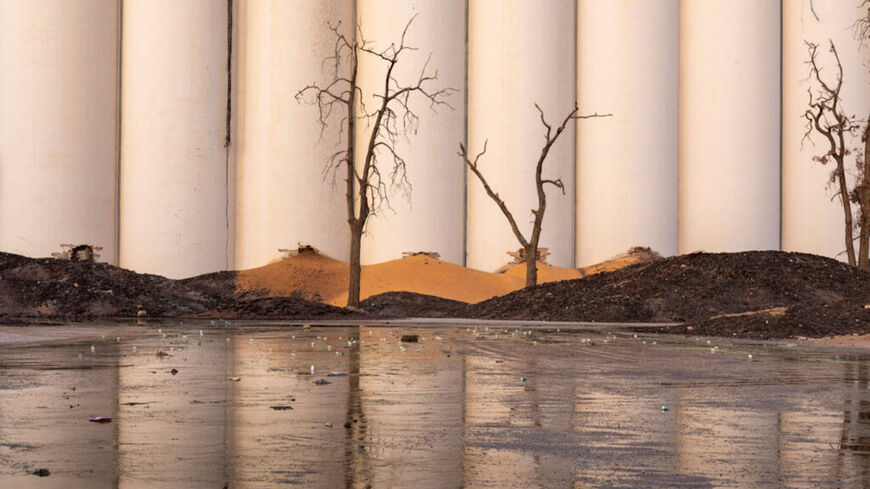 The show at Zawyeh Gallery in Dubai presented two series of photographs. "The Silos Experience," which is shot in and around the grain silos of the port of Beirut, shows the ground zero of the blast containing 28 shots taken in March 2021.

"The Morning After," the second series of 11 pieces, shows what Beirut looked like on Aug. 5, 2020. “'The Morning After' series was an intuitive reaction, wanting to show the devastating beauty of the interior of the heritage houses,” Mrad said, highlighting the different approaches between the two series.

The photos displayed in the "The Silos Experience" were shot in March 2021 when Mrad visited the site of the explosion and shot the grain silos to help advocate for their preservation. “It wasn’t my intention to shoot the structure. I was fascinated by it before the explosion, but afterward it represented a bad memory. When I actually got close and saw and felt the scale of the structure and the scale of destruction it endured — and how much of a shield it was in protecting a large part of the city — I gained a whole new appreciation," he said.

He is particularly satisfied with the attendance of his show at Art Dubai, in the context of a lively art fair. “The digital section inaugurated at Art Dubai presented for me a turning point in the art scene, where this type of art is getting more recognition and awareness around it is being built,” Mrad noted. According to him, Art Dubai is playing a huge role in the contemporizing of how art is viewed, especially in the Middle East. “I think the directors of the fair really did a great job in balancing modern, contemporary and digital art. It was great to see a separate section dedicated to modern art. I believe the awareness raised of the importance of different styles was really a breakthrough,” he added.

Maysa Jalbout, former CEO of Abdulla Al Ghurair Foundation that focuses on education in the Arab world, was happy to see Art Dubai come back in full force, after being disrupted by the coronavirus pandemic, and found it vibrant and diverse, offering opportunities to discover new artists and mediums.

When she first saw Mrad's work at the exhibition, she was moved. “He managed to portray the timeless beauty of the buildings despite being abandoned or battered by the explosion of 2020. They leave one hoping that they can be restored to their original state, perhaps part of what the artist hopes we see,” she told Al-Monitor.

Basel Dalloul, founder of the Dalloul Art Foundation that manages a large collection of modern and contemporary Arab art, is looking forward to new artists and artwork coming from the region. At Art Dubai 2022, he managed to acquire a piece by Mrad and one by Palestinian artist/photographer Rula Halawani. “Generally Art Dubai 2022 was a great effort considering it is the first real regional fair after the coronavirus pandemic. I would have liked to be wowed a bit more.”

Dalloul came into contact with Mrad right before the port blast, as he was working on archiving old Beirut through photographs. “His post-explosion images were haunting, powerful, sad and mesmerizing all at once,” he noted.

Dalloul pointed out that even if everyone was aware that Lebanon’s problems existed long before the blast, the insight Mrad’s work gave him was that the Lebanese government “is worthless for the most part. It was the people who came to their fellow citizen's rescue. The people who cleaned up the blast mess and the people who helped one another. The government was blatantly absent.”

Today, Mrad is creating a new series titled “Revisiting Beirut” showing old abandoned sites and structures, and how degraded and disintegrated they have become with the passing of time. His focus is specifically on the architecture left unrestored after the civil war, to show it as evidence of what would be the destiny of the newly abandoned architecture after the explosion.

He concluded, “The objective here is to prove that if not restored quickly, these structures will fade into oblivion and only become harder to renovate after [many] years. Time is essential here.”