The Coordination Framework, which is the largest bloc in the parliament, has nominated Mohammed Shia al-Sudani for the prime minister position. 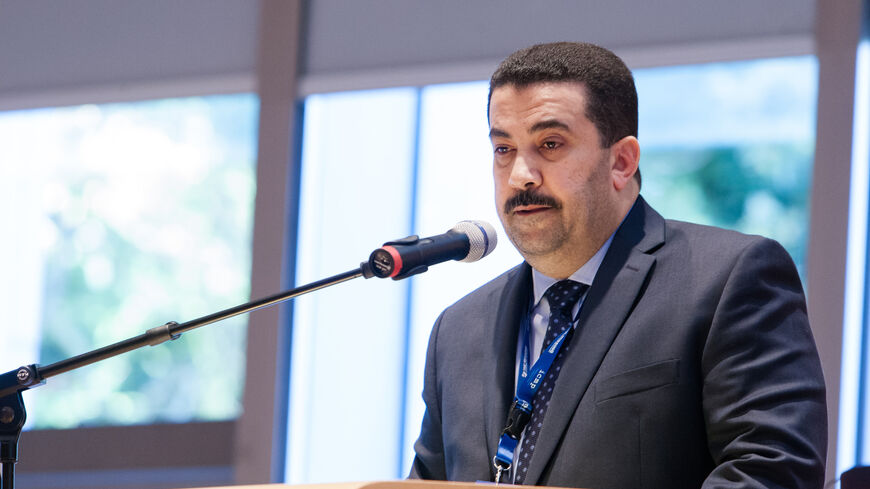 Amid the longstanding political deadlock followed by the parliamentary elections in October 2021, the Coordination Framework, which is the largest bloc in the Iraqi parliament, nominated Mohammed Shia al-Sudani for the prime minister position.

Sudani will be tasked to form the next government after the selection for the presidency takes place in the parliament.

Leaders of the Coordination Framework, which consists of Iran-backed groups and militias, welcomed Sudani’s nomination in separate statements or tweets. This includes Qais Khazali of Asaib Ahl al-Haq, head of the Popular Mobilization Units Falih al-Fayadh and Abu Ala al-Walai of Kataib Sayyid al-Shuhada.

Surprisingly, Nouri al-Maliki, head of the State of Law Coalition, which has the largest bloc in the Coordination Framework, has not yet reacted to Sudani's nomination. However, the State of Law supported Sudani nomination in a statement.

Maliki was the main obstacle against this nomination, according to a source from the Coordination Framework who spoke to Al-Monitor on condition of anonymity.

The recent tape leak against Maliki, which closed the door on his candidacy for the premiership, apparently led him to withdraw his objection of Sudani's nomination.

The main challenge before Sudani will be Muqtada al-Sadr who had won the largest bloc in the last elections; he had to withdraw from the parliament due to failure in forming the government.

One of the official Sadrist Facebook accounts posted immediately after Sudani's nomination a sarcastic message, calling Sudani a facade for Maliki. This means Sadr is seeing Sudani as a prime minister under control of Maliki.

The dispute between Sadr and Maliki is very sharp and longstanding.

Sadr had formed an alliance with the Sunni Taqaddum Coalition led by parliament Speaker Mohammed al-Halbusi and the Kurdistan Democratic Party (KDP) led by Massoud Barzani. The alliance, however, failed to form a government due to the fact that the Coordination Framework, which is the rival entity against Sadr, was able to form a blocking third preventing the selection of the president as an essential part of the government formation.

Although the Coordination Framework has nominated the prime minister, they still need to agree with the Kurds on the president before going to the parliament to seek a vote of confidence for the next government led by Sudani.

Patriotic Union of Kurdistan (PUK) supported Sudani nomination in a statement, while KDP remained silent about it.

The two main Kurdish parties — the KDP and PUK — have not agreed yet on the president, who is usually a Kurdish figure. The KDP has nominated Kurdistan Region Interior Minister Riber Ahmed, while the PUK insists on renewing the term of the current president, Barham Salih.

It is expected the two Kurdish parties reach an agreement between themselves under the pressure of the Coordination Framework that already solved the main issue of the next government, which is the agreement over the premiership.