Life as an LGBTQ refugee in Turkey

LGBTQ refugees from Middle Eastern countries face multifold hardships in Turkey amid a rise in anti-refugee sentiment and a persisting social stigma against gay and transgender people. 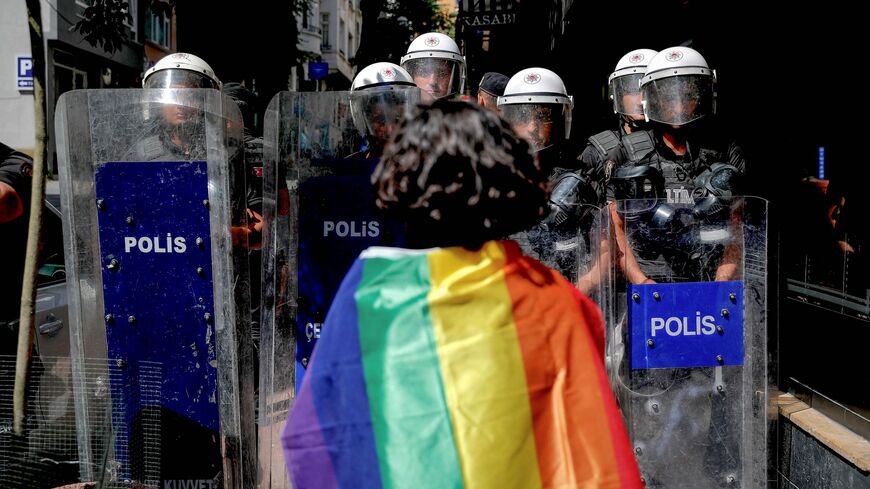 A participant faces riot policemen wearing a rainbow flag during a Pride march in Istanbul, on June 26, 2022. - KEMAL ASLAN/AFP via Getty Images 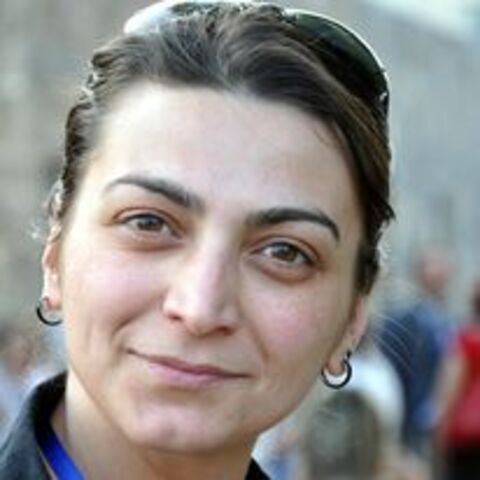 Same-sex relationships may have never been criminalized in Turkey as in many other predominantly Muslim nations, but LGBTQ individuals continue to be seen as depraved or deviant by various social layers and sometimes by those responsible for enforcing the law. And with the alarming rise in anti-refugee sentiment in Turkey, LGBTQ refugees face multifold hardships with potentially dangerous consequences.

Struggles with social stigma, family rejection, war, migration and unemployment were intertwined in the stories of Middle Eastern LGBTQ refugees that Al-Monitor interviewed recently in Turkey, the country with the world’s largest refugee population. They all spoke on the condition that their names and other personal details be withheld.

M., a gay man from Damascus, recounted how his family banished him at the age of 13 because of his sexual orientation. Still, he managed to get a university degree in French literature and had just begun to feel that his life was coming back together when the war in Syria erupted.

M. said he decided to flee to Turkey out of fear of persecution after an LGBTQ friend of his was caught by Islamist radicals and tortured into giving the names and whereabouts of fellow gays. He crossed to Turkey in early 2015 and rented a home in the border city of Antakya, which he kept open to fellow LGBTQ refugees from Syria.

But fear caught up with him soon after he declined to go out for ice cream with a Syrian acquaintance frequenting M.’s apartment with his partner, who seemed too pushy in his invitation. M. began to receive threats from unknown callers speaking in Syrian Arabic. “Then, someone else called to tell me that the person who insistently offered to buy me ice cream was planning to turn me over to ISIS in return for $2,000,” he said, referring to the jihadi group known also as the Islamic State (IS).

M. rushed to Istanbul to seek help from LGBTQ advocacy groups, but to no avail. Sleeping in public parks in cold weather for two weeks, he was finally referred to a lawyer assisting LGBTQ individuals. “With the help of that lawyer, I managed to obtain the necessary documents and permission to move from Antakya to another city,” he said.

M. complained of mistreatment by society and migration authorities as well as of inadequate support from LGBTQ groups in Turkey. “One association gave me 144 condoms, two asthma inhalers — I have asthma — and some paper towels and wet wipes,” he said. “That is, they were telling me to go prostitute myself.” He said he did occasionally do sex work when unable to find other jobs. “I want to leave Turkey,” he added.

Things appear even harder for transsexuals. A., a transsexual refugee from Iraq, said, “Frankly, I try to stay at home as much as possible. In the street, they would sometimes swear at us and even hit us.”

According to A., transsexual refugees struggle to rent homes and find jobs and often have no option but to make a living as sex workers. Herself unemployed, she said she lived on handouts from the United Nations and LGBTQ associations.

For Iranian LGBTQ refugees who make their way to Turkey either legally or by clandestinely crossing the border, there is the added fear of being hounded by the Iranian state.

N., an Iranian lesbian who took refuge in Turkey with her partner about a decade ago, said, “We don’t communicate much with the Iranians here because some of them work for the Iranian state. We try to live quietly and keep a low profile.”

When she first went to register with Turkey’s migration agency, N. needed the help of a translator, who happened to be an Afghan woman. “It was very crowded. The translator was very rude and translated my answers by shouting. Everyone there heard about my situation. This not only made me feel bad but was also putting me at risk,” she said.

N. said LGBTQ associations failed to respond when she asked for help to take a hospital appointment for a medical issue and provide her with a translator.

She continued, “Things are especially hard for gay men and trans people. I have a gay friend who was threatened by a man at the cafe where he worked. He wouldn’t say what happened, but he wouldn’t go out for weeks and is still very frightened. We also have a trans friend, and when we go to the migration administration, the clerks there laugh at trans people. I’d like to go to university in one of Turkey’s smaller cities, but I hear that the migration agencies there mistreat refugees and LGBT+ people alike. So I’m scared to go.”

B., a gay man from Iran, said he and his family fled to Turkey after converting to Christianity, which is illegal in Iran. When registering with the Turkish migration authorities, he did not cite his sexual identity as an additional reason for asylum-seeking to avoid “having to struggle with the resulting implications and discrimination,” he explained.

“Obtaining a work permit takes too long and sometimes they deny it. As a result, migrants are forced to work illegally in underpaid jobs. They cannot go to the police even when their employers refuse to pay them their salaries,” he added.

Commenting on the struggles of Iranian LGBTQ refugees in Turkey, Shadi Amin, an activist with the London-based advocacy group 6rang, complained of inadequate assistance from the UN refugee agency and other international organizations.

“The first problem they face in Turkey is in which city they are settled. Sometimes those could be very conservative cities, unwelcoming even to foreigners, let alone LGBT+ people,” Amin said. “They need to be settled in cities where they have acquaintances and could receive support and build social ties, but they are not allowed to choose.”

The second issue, she said, is health care, including hormonal support for transgender people.

Hayriye Kara, a lawyer with KAOS GL, a leading Turkish group advocating for LGBTQ rights, said Turkey’s human rights movement had been slow in embracing the advocacy of refugee and migrant rights.

KAOS GL has been helping LGBTQ refugees since 2007, but most of the country’s LGBTQ, leftist, feminist and women’s groups began to notice the refugees only in 2015 or 2016, Kara said, adding that they “should all deliberate on the reasons for that.”

According to the lawyer, the Turkish authorities often flout the international principle of non-refoulement, which bars governments from returning asylum-seekers to a country in which they are likely to face persecution, even though Turkish law obliges them to heed that norm. “For instance, if someone faces an investigation for some reason, they take this as a ground to make a decision to deport that person. Ambiguous concepts such as constituting a threat to public security, public order or public health are cited as reasons for deportation without any elaboration,” Kara said. “And when the rights of LGBT+ refugees are violated, they often forgo pursuing their rights out of fear of being deported.”

Damla Ugantas, campaign coordinator at Amnesty International’s Turkey branch, said, “Failing to duly evaluate or rejecting an asylum application could lead to a string of violations extending to the individual’s right to live in cases when they are returned to countries that criminalize LGBT+ people. Asylum seekers are experiencing great difficulties in accessing international protection [in Turkey], and practices differ between provinces.”