Lapid’s greatest election challenge will be skyrocketing cost of living

Prime Minister Yair Lapid has only four months to show Israelis he can do something about the continuously-increasing cost of living and high housing prices. 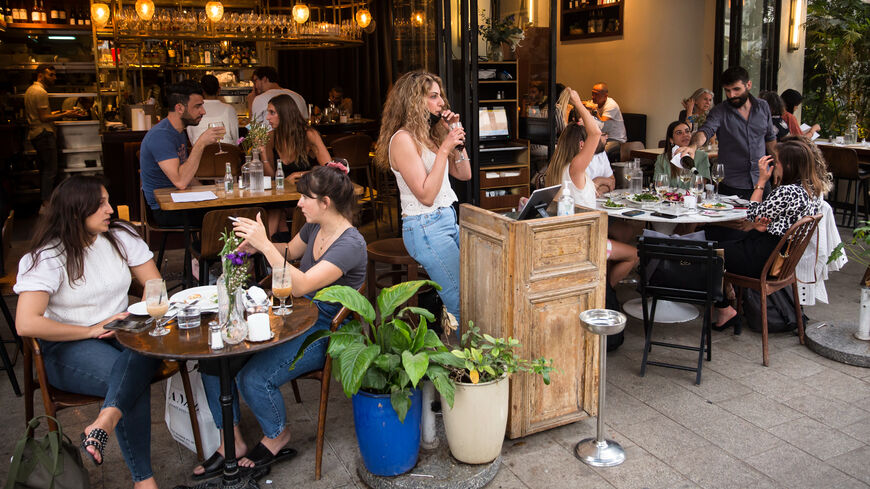 The skyrocketing cost of living and record-breaking housing prices are dominating Israel’s public agenda to an unprecedented degree. These domestic issues have not been so prevalent since the mass 2011 social justice protests that drew hundreds of thousands of angry demonstrators and sidelined the country’s predominant security agenda, for a while. The spiraling cost of living is a legacy of the previous government, but under the current government, housing prices have ballooned to unprecedented levels. A steep 16% annual rise in the prices of new apartments has dashed the hopes of young Israelis to own their own home.

Israelis love to carp about the cost of living, and rightfully so. The prices of basic consumer goods and food are among the highest in the world. Tel Aviv enjoys an unenviable ranking as one of the world’s most expensive cities. Nonetheless, these problems have never swung Israeli elections. Israelis moan all the way to the ballot box, but then they invariably vote for candidates who provide them with the greatest sense of security.

But history may not repeat itself on Nov. 1, when Israelis go to the polls yet again, judging by initial signs. Will Israel finally become like other countries where voters pick their leaders according to domestic issues?

Recent polls indicate that the cost of living dominates voters’ concerns. In a poll conducted this week on behalf of the Kan public broadcaster, for example, 44% of respondents said the issue would affect their vote, whereas only 14% said security issues would determine their choice — even lower than public corruption, which was a leading concern of 15%.

These findings are particularly significant given the recent wave of terrorist attacks in Israeli urban centers in which 19 people were killed and nearly 70 wounded. A series of counterterrorism operations by Israel’s military, police and Shin Bet security agency appears to have restored calm, but the frightening reverberations still echo in the public mind. The almost back-to-back attacks from March to May undermined the fragile government and contributed to its downfall. Has this agenda issue also been sidelined now, and if so, which candidate will be best served by voters’ predominantly economic focus?

Former Prime Minister and opposition leader Benjamin Netanyahu, with his keen political senses, was the first to identify this shift in public sentiment. He has already campaigned at two supermarkets and malls. Posing for photos with basic foodstuffs such as milk, he lamented their price and pledged that once elected, his government would slash voters’ grocery bills. He was clearly counting on voters’ forgetting the constantly rising cost of living during his own 12 years in power.

Netanyahu is also leveraging the steep cost increases of recent months stemming from the war in Ukraine and the ongoing repercussions of the COVID-19 pandemic. Netanyahu, as always, has transformed himself into the man of the hour, from “Mr. Security” to “Mr. Economy.” Will the public buy it?

Netanyahu’s corruption trial could also return to the headlines with the start of dramatic testimony by a key state witness, Hadas Klein, the business manager of American-Israeli tycoon Arnon Milchan. Klein has given detailed testimony of the expensive gifts she helped procure for the Netanyahu family on Milchan’s behalf, including cases of pink champagne, Cuban cigars and jewelry to the tune of nearly NIS1 million ($300,000).

Her testimony in court, starting July 5, is expected to be particularly embarrassing and could damage Netanyahu’s campaign if it dominates the agenda. However, much of her testimony and other aspects of the case are already well known, and most analysts believe Netanyahu’s fans are unaffected by his indictment.

A relatively secure four months could serveYair Lapid, as of last week Israel’s caretaker prime minister until a new government is formed after the elections. But renewed terrorism or cross-border attacks from Gaza or Lebanon could sink his prospects at the last minute.

Domestic issues have risen to the top of the public agenda as a result of the successful operations that plugged up the holes through which terrorists were able to infiltrate Israeli towns and carry out their killing sprees. Lapid will need a generous helping of luck on this front. Palestinian terrorism has scuttled the political careers of many candidates identified with the center-left, even those with impressive security resumes, such as former Prime Minister and Defense Minister Ehud Barak. Lapid is therefore determined to add former army chief Gadi Eizenkot to his ticket, but these attempts have proven unsuccessful so far.

Clearly, Lapid faces what are likely to be the toughest four months of his life. Netanyahu’s propaganda operations, which former Prime Minister Naftali Bennett dubbed his “poison machine”, will undoubtedly launch a no-holds-barred attack on him.

Netanyahu is an unchallenged master of these techniques, certainly in Israel and possibly worldwide. Lapid has the advantage of an effective, disciplined party, Yesh Atid, which he formed a decade ago. He is charismatic and as accomplished at flirting with cameras as Netanyahu is.

But the upcoming elections are different in one important aspect — for the first time since 2009, Netanyahu is not running as an incumbent. His control of the agenda is limited. His aura has been tarnished. The helm is now in the hands of a rival skilled at manipulating the media, shaping the public agenda and creating news. For Netanyahu, who has branded himself as the perennial underdog fighting alone against dark forces, this is a nightmare. Suddenly, he really is an underdog.