Opposition head Benjamin Netanyahu believes the high cost of living is where he can turn Israeli citizens against Prime Minister Yair Lapid and his government. 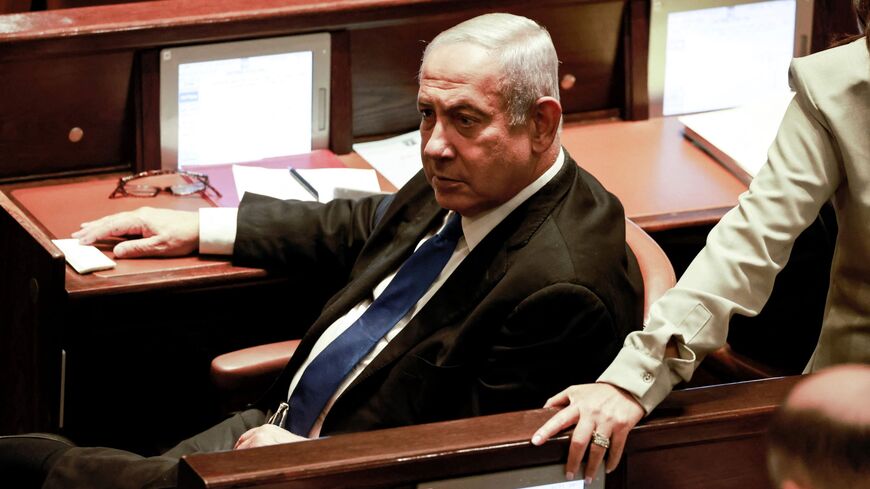 “Extricating Israel from its crisis” was the title of the economic plan presented on Aug. 3 by opposition leader and former Prime Minister Benjamin Netanyahu. He was pointing to a series of charts on the screen behind him, like a lecturing economics professor. Netanyahu, gearing up for the Nov. 1 elections that could return him to power, took advantage of the steep rise in the cost of living in recent months to lash out at the government of caretaker Prime Minister Yair Lapid and present an alternative.

Reports at the end of June signaled that the price of gasoline was fast approaching its all-time record high of NIS 8.25 per liter one decade ago. Last month, Israel’s Central Bureau of Statistics announced that housing prices continued to rise to record levels, jumping 15.9% over the past year. And there are other examples.

Polling and in-depth research conducted on Netanyahu’s behalf in recent weeks point to the surging cost of living, stemming in part from the war in Ukraine, as the issue of the greatest concern to Israeli voters. Netanyahu is also associated in many voters’ minds with economic success stemming from his 2003 term as finance minister, when he allegedly extricated the economy from one of its deepest crises.

Netanyahu’s economic focus is an interesting departure in a country where elections are traditionally decided by security-related issues. The head of the opposition appears to believe that he has a distinct advantage in economic issues over his two leading rivals, incumbent Lapid and Defense Minister Benny Gantz.

Netanyahu is a skilled presenter and as always, he put on a show, props and all. But a deeper examination of his economic plan reveals that it is essentially more of the same, and fails to deal with problems such as the inflated defense budget and the fully subsidized civil service pensions.

“How will we do it?” Netanyahu asked rhetorically, and answered that there are three conditions — a stable government, the prime minister’s personal responsibility, and a temporary emergency plan.

That plan, he added, consists of tax reductions, “which will put money in your pockets and raise the standard of living.” Netanyahu promised to reduce power, fuel and water prices and freeze municipal taxes for one year. He also promised to bring down the price of food by easing government regulation and lowering import tariffs.

To curb housing prices, Netanyahu said he would issue government bonds linked to the cost of housing. Instead of buying a home, he said, a young couple could buy a government bond linked to the housing cost index and be protected against price increases. “This will bring down market demand in one fell swoop. We will also cut the time required to obtain building permits,” he promised.

Netanyahu also promised free child care from birth to age three, which he said would cut thousands of shekels from the annual budgets of families with small children, and allow both parents to work, thereby fueling economic growth.

Funding would come from some of the NIS60 billion tax surplus in the government’s coffers and by instituting further “efficiency measures” in public spending. “I will let you in on a secret. The government ministries are not always so efficient, and I have improved their efficiency many times and will do so again,” he pledged.

While serving as prime minister for 12 years, Netanyahu also cast himself as “Mr. Economy,” overseeing a generally stable economy that achieved one of the top credit ratings in the world. But blaming the current government for the latest price hikes seems to be populist election rhetoric. The price of oil, steel, copper, iron, nickel, wheat and other commodities has surged throughout the world, through no fault of the Israeli government.

Netanyahu concedes that the world is mired in an economic crisis, but ignores the fact that prices in many countries have risen far more than they have in Israel, which is recording inflation of 4.4%. This is significantly lower than some 9% in the US and Europe, but still the highest in the last 11 years of Israeli economy.

Finance Minister Avigdor Liberman was quick to slam Netanyahu’s plan. “When Netanyahu took office in 2009, the cost of living in Israel was similar to that of the average in OECD member states. When he stepped down, Israel was the second most expensive country in the world, with a 10.5% budget deficit and unemployment of 9.2%," he said. "Now he brings us an economic plan? I shudder to think what its result will be. We have started fixing the mess he left, and thanks to us we no longer have a deficit nor unemployment. Keep talking and we will keep doing,” Liberman advised his political foe.

Lapid was also quick to react. Having entered politics following the 2011 social justice protests, and having himself served as finance minister, he refuses to leave the economy sphere to Netanyahu. Lapid reminded Israelis of a 2018 incident, when Netanyahu told a sympathetic protester in front of the cameras, “You’re boring us.” Lapid also mocked a July 5 video by Netanyahu at a gas station, trying to appear like a regular citizen refueling his car.

“Fifteen years no one did anything, they didn't address the issue. Israel became more and more expensive, and the government told its citizens that they bore it. Now suddenly Netanyahu has learned to refuel. He stands at the gas station, having picked exactly the moment when we lowered gas prices,” tweeted Lapid.