Employment and wage figures are excellent, inflation is low and the country’s credit rating is high, but the growing deficit will require Israel’s next government to cut expenditures or raise taxes — or both. 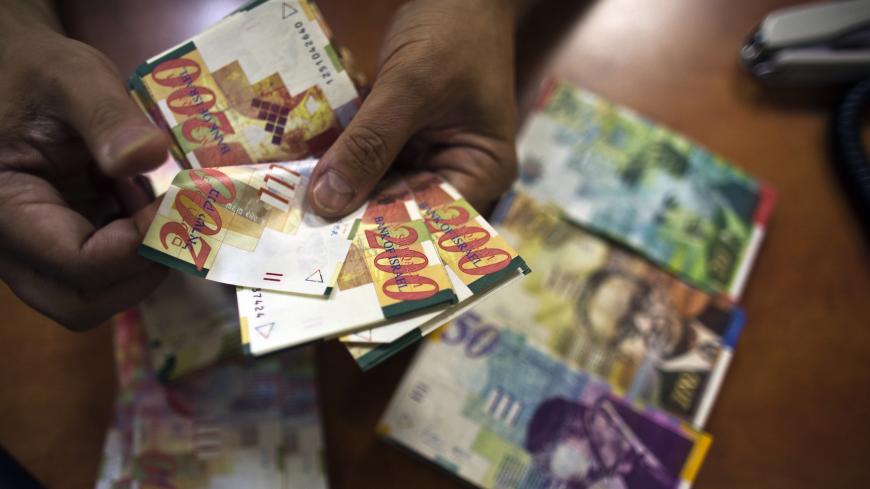 Israel’s economic figures present a very complex picture: On the one hand, the employment and wage figures are excellent, inflation is low and under control, and the country’s credit rating is consistently high. On the other hand, the deficit is high and the current government can do nothing about it. This means that the next government, which will inevitably be formed on the basis of costly coalition agreements, will be forced to cut expenditures or raise taxes — or both. In other words, the Israeli economy may have a firm footing, but its future remains uncertain.

Employment figures are also positive. The workforce grew by more than 2% per year, and the unemployment rate is one of the lowest in the developed world, standing at only 4%. Here too, these figures have been consistent for a long time. The growth rate in 2019 is expected to be 3.2%, which is considered relatively high.

On the other hand, during that same time, the national deficit has grown considerably. This year, the deficit is expected to reach about 3.5%, while next year it is expected to reach at least 4%, or about 60 billion shekels ($16.7 billion), if the government does nothing to reduce it. A reasonable deficit is not necessarily a bad thing, when there is economic growth, as there is in Israel. It is, however, a problem when the deficit exceeds its target. Israel’s target deficit in the last few years was about 40 billion shekels ($11.14 billion), which means that the actual deficit is exceeding its target by about 20 billion shekels. If the government fails to come up with serious plans to close that gap, Israel’s credit rating could be at risk.

The various credit rating agencies believe that the next government will take the necessary steps to resolve this problem. In a special update for investors, released following the May 31 decision to dissolve the Knesset and hold new elections, the S&P 500 announced that there was no reason to change Israel's credit rating, which reached an all-time high in August 2018 (AA-). This was an optimistic statement, perhaps even too optimistic. It indicated that S&P 500 believes the next government — no matter who forms it — will adopt policies to rein in the budget and restore the deficit to its predetermined target.

But this week, Moody’s released a less glowing assessment, warning that political developments could hinder or even prevent the steps necessary to reduce the deficit. On the other hand, it kept Israel’s credit ranking as is.

It should be relatively simple to reduce the deficit. It involves reducing expenditures (cutting the budget) and increasing revenues (raising taxes). The problem is that the current transition government has very little ability and even less desire to adopt such unpopular measures, making it a safe bet that nothing will happen until the anticipated new government is sworn in, sometime in late October. What this means is that no real steps will likely be taken before 2020. A senior figure in the Finance Ministry told Al-Monitor that economists in the ministry and the tax authorities have already prepared a long list of ideas for cuts, along with ways to raise taxes, in keeping with instructions proffered by the ministry’s Director General Shai Baavad, but that ultimately just two people will have the final say: the next finance minister and the next prime minister.

Professor Omer Moav of the Interdisciplinary Center Herzliya served as the senior economic adviser to former Finance Minister Yuval Steinitz in the early 2010s. In a conversation with Al-Monitor, he claimed that Prime Minister Benjamin Netanyahu and Finance Minister Moshe Kahlon “have acted irresponsibly and brought Israel into an unsustainable situation, by increasing expenditures so sharply without a concurrent rise in taxes.” According to him, the growth in expenditures can, for the most part, be attributed to populist commitments, including a generous pension plan for the police, a housing plan for young couples buying their first home and many similar initiatives, which cost the country billions of shekels. He added that the next government would have to reestablish economic stability through a controlled reduction of the deficit, the gradual reduction of expenditures and a serious reduction of the number of employees in the public sector. He then went on to say that he questions whether Netanyahu will take the necessary steps, given how focused he is on his personal issues.

Kahlon doesn’t seem too bothered by the current deficit. At a ceremony at the ministry this January, he said that the Israeli economy is strong, and that despite all the powerful forces that want to put the brakes on the revolution he is spearheading in all aspects of life, he will not be changing his policies. During his election campaign for the 21st Knesset, Kahlon went so far as to present two additional reforms, which would come at a steep cost to the budget. The first is free education from the age of one, and the second is greater assistance to senior citizens, who receive insufficient pensions. In response to Al-Monitor’s questions, Kahlon responded that economic growth in Israel would pay for these expenditures.

Former Finance Minister Yair Lapid, now a leader of the Blue and White party, said last March, “The State of Israel spends too much money [unnecessarily]. … There is too much fat in the state budget. … It was irresponsible to create this deficit, and it must be eliminated.” What Lapid never said was that it would be necessary to raise taxes. All he said was that government spending would have to be cut.

The key figure in all this is still Netanyahu. As finance minister (2003-2005), Israel’s "Mr. Economy" improved the situation of the Israeli economy, though the poor population paid a steep price for this: Netanyahu cut back on welfare stipends. Netanyahu was able to reduce government expenditures and bring about rapid growth, cut unemployment and lay the firm economic foundation, which would help Israel get through the world economic crisis of 2008-2009 with relative ease.

In his last two governments, however, it was he of all people who abandoned the Finance Ministry to ministers from other parties and avoided making serious economic decisions. That same trend looked likely before the last election too, when he promised the position of finance minister to Kahlon in exchange for him joining the new coalition. Since then, however, Kahlon has rejoined the Likud, so that it is not at all certain if he will be reappointed finance minister in the next government.

What will Netanyahu do after the next election? Will he rein in his coalition partners and refuse to succumb to their every budgetary demand, as he has done until now? Will he appoint a finance minister who will act responsibly? The danger is that Netanyahu will pick another route, of insisting on forming a government no matter what, even if it comes on the back of the Israeli economy.