Jordan does not have large oil and gas reserves, unlike other countries in the region. 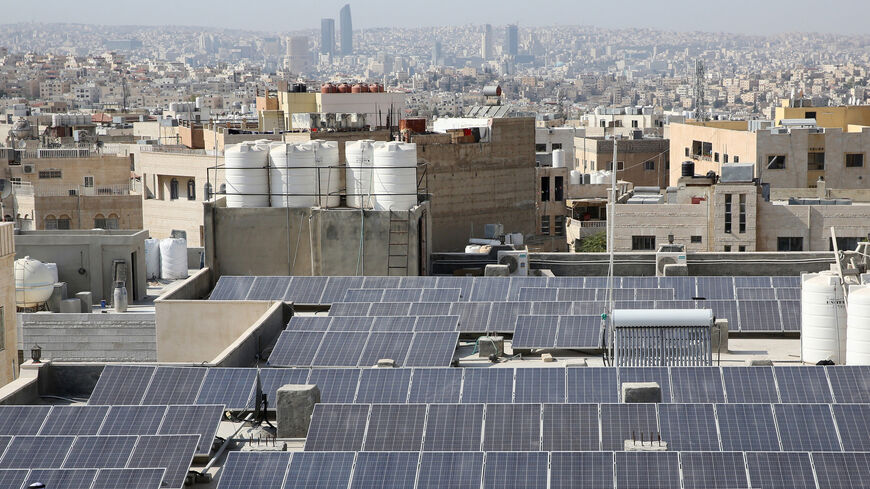 A picture shows on Sept. 6, 2018, a view of the Hamdan al-Qara mosque in southern Amman, equipped with 140 solar panels on its roof. - KHALIL MAZRAAWI/AFP via Getty Images

Renewable energy sources produced a total of 2,445 megawatts of electricity in 2021, according to the agency. That is enough to power thousands of homes.

Why it matters: The use of wind and solar energy has increased in Jordan in recent years. There are currently at least eight wind power plants throughout Jordan, some of which only began operations in the past few years. The Al Rajef wind farm in the central region of Ma’an opened in 2018, while the Fujeij wind farm opened in 2019, for example.

The use of solar power is also increasing in Jordan, and several solar companies exist that provide solar panels for private homes.

Unlike its neighbors in the Gulf, Jordan does not have large oil or gas reserves and relies on imports for both.

Know more: Renewable energy is increasing across the Middle East and North Africa, including in the oil-rich Gulf and in countries without significant oil reserves, like Morocco. An Iraqi company won a contract this month to build solar-powered streetlights in Anbar province. In June, a Saudi firm signed a deal to build a wind project in Egypt.