Hydrogen power, oil price fluctuations and electric vehicles could feature prominently in the region in 2023. 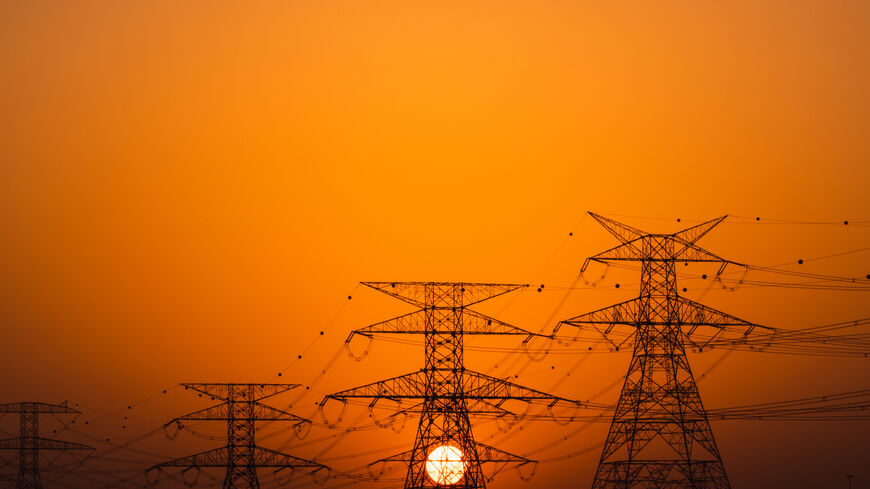 The year 2022 was significant in its political and economic upheavals for the Middle East's energy sector. Oil and gas continued to play a major role in the region’s economic and political power, especially after Russia's invasion of Ukraine.

At the same time, countries continued moving toward renewable energy –– especially the Gulf states. The Israel-Lebanon gas dispute got resolved, while the one in Iraq between Baghdad and the Kurdistan Region is still unsettled.

The following is a look at some of the major energy deals in the Middle East in 2022.

Israel and Lebanon reached an agreement on their long-disputed maritime border in October. Lebanon has been moving quickly with its gas exploration plans since then. The French energy giant TotalEnergies is leading the process. TotalEnergies and its partner Eni plan to select a rig during the first quarter of 2023 and to finish their environmental impact studies by June. It remains to be seen whether they will actually start drilling next year.

In March, the Saudi state-owned oil company Aramco finalized a deal to build a petrochemical complex in northeast China. The facility will refine crude oil and was first proposed back in 2019. Saudi Arabia is a major oil supplier to China. The oil-related cooperation continued in December when Chinese President Xi Jinping visited Saudi Arabia. Aramco signed more agreements with China at the time.

QatarEnergy finally reached a deal in November to export natural gas to Germany. A gas deal between Qatar and Europe started gaining traction in early 2022 due to Russia's invasion of Ukraine. European states — especially Germany — are seeking to reduce their gas dependence on Russia. Qatari gas will not reach Germany until 2026, however.

QatarEnergy and China’s Sinopec signed a major gas deal in November. Per the agreement, Qatar will provide China with 4 million tons of liquefied natural gas per year over a period of 27 years. The deal tied Qatari gas to China at a time when Europe was seeking a deal of its own with Qatar, but the Qatar-Germany gas deal came days later.

Israel’s NewMed Energy reached agreement with the government of Morocco in December to conduct energy exploration off the coast of Morocco. NewMed had been eyeing a deal with Morocco for months. The exploration agreement is another legacy of the Trump administration-brokered Abraham Accords. The agreement led Israel and Morocco to normalize relations in 2020. Working together on energy matters shows an increased level of cooperation between the two countries.

Renewable energy in the Gulf

Entities in the Gulf announced numerous renewable energy projects this year as regional states seek to reduce their dependence on oil and gas. The following is a list of some of the major solar, wind and green hydrogen deals in the Gulf in 2022.

Oil is still king in the Gulf, however. In fact, Saudi, Emirati and Qatari leaders publicly warned against underinvestment in oil and gas throughout 2022.

What’s next: Energy will continue to play a big role in the Middle East in 2023. The following are some things to watch in the year ahead.

Electric vehicles — Saudi Arabia’s Public Investment Fund launched the Ceer electrical vehicle company in November and it has already secured land for a factory. Meanwhile, it appears Elon Musk’s Tesla is going to open a location in Turkey. The Chinese company NWTN’s electric vehicle assembly facility in Abu Dhabi should also be partially completed by late 2022.

Hydrogen — Numerous Gulf entities announced green and blue hydrogen projects in 2022, and this could continue in 2023. Keep an eye on sub-Saharan Africa in this regard. The UAE and Saudi Arabia in particular are keen on improving ties with African states, including with regard to energy. The Emirati renewable energy firm Masdar released a report in November touting Africa as a potential hydrogen hub.

Iraqi-Kurdish oil dispute — The federal Iraqi supreme court ruled in February that the autonomous Kurdistan Region’s independence energy exports are unconstitutional. The Kurdistan Regional Government (KRG) rejected this, and the dispute is ongoing. International energy companies have begun pulling out of the Kurdistan Region amid pressure from Baghdad — a trend that could continue next year. Iraqi and Kurdish officials have been holding dialogue on the oil dispute on-and-off, and the talks will continue in 2023.

Iran-Venezuela cooperation — Iran and Venezuela have been cooperating on oil matters for years, with Iran sending oil to Venezuela and allegedly selling Venezuela’s oil abroad. The two countries are now cooperating in other areas as well. Venezuelan President Nicolas Maduro visited Iran in June, in part to boost tourism ties between the two countries. Iran is also planning to export vehicles to Venezuela. Iran and Venezuela could continue to strengthen cooperation in 2023, especially in the absence of a new Iran nuclear deal.

Oil prices — There is a bit of uncertainty over how oil prices will look next year. The price of Brent crude oil — considered the global benchmark — started rising at the start of 2022 before skyrocketing above $120 a barrel in March after Russia attacked Ukraine.

OPEC and Russia, aka OPEC+, agreed to slightly boost production in May and August amid pressure from the United States. President Joe Biden wants Saudi Arabia, the largest producer in OPEC, to endorse a major supply increase.

Oil prices began falling in June, and Saudi Arabia grew frustrated with the fluctuations. In October, OPEC+ decided to cut production by 2 million barrels per day, and this angered Washington even more. OPEC+ kept the cut in place in December.

Brent crude fell below $80 a barrel earlier this month, despite the production cut, and this was the lowest price since January. The price was around $82 on Thursday.

Oil prices in 2023 will be determined in large part by OPEC’s supply decisions as well as how China continues to respond to COVID-19. OPEC+ will meet again in February.