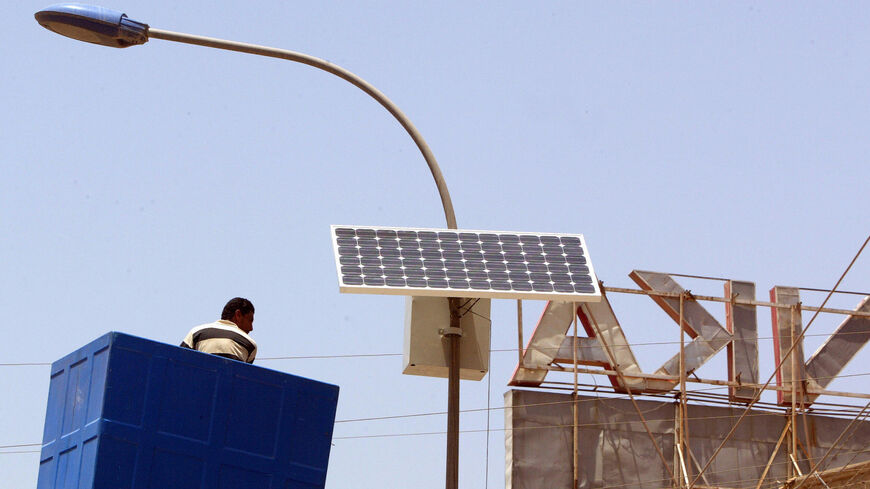 A municipal worker is lowered after adjusting a solar panel attached to the top of an electricity pylon along the center of a main road in the Karada district of Baghdad on May 24, 2008. - SABAH ARAR/AFP via Getty Images

A Baghdad-based power company was awarded a contract on July 12 to provide solar-powered street lights to western Iraq. Ummet Al Salam Co. Ltd. will supply and install street lights that run on solar power in Anbar province. The $362,620 contract is from the United Nations Office for Project Services, according to a UN database.

Iraq made an energy reform plan last year that set a goal of generating 63% of its electricity from clean energy within five years, Salam Zidane reported for Al-Monitor at the time.

Iraq has considerable amounts of oil but suffers from chronic electricity cuts and relies on Iran for gas imports to meet its electricity needs. The power cuts are particularly a problem in the hot summer months. Solar power could help Iraq became self-sufficient with electricity.

Know more: Iraq connected its electricity grid to Saudi Arabia’s in June in a bid to reduce dependence on Iran.