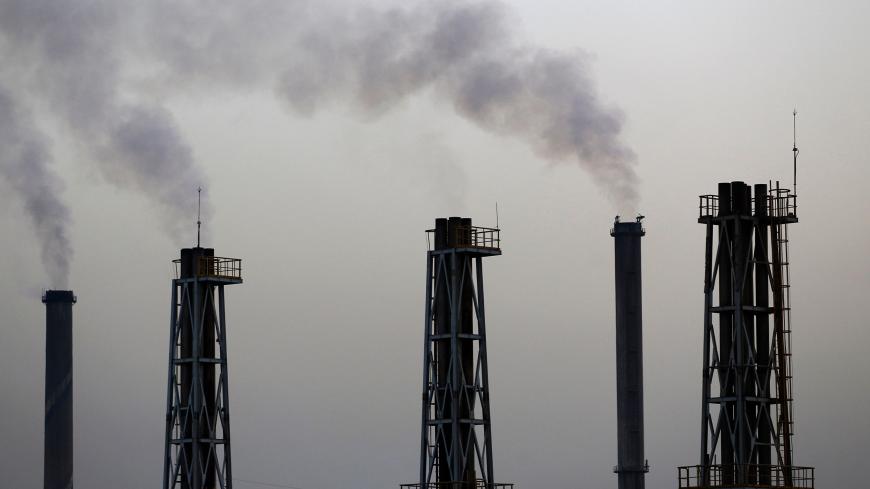 General Electric announced June 17 the addition of a gigawatt of electrical energy to the Iraqi national grid, which is being distributed to the capital, Baghdad, and the southern cities of Samawah and Nasiriyah.

This means that domestic electricity sources are finally being enhanced following power cutoffs amid a deteriorating infrastructure. And the gigawatt is coming via equipment and expertise provided by a US multinational rather than from Iran, from which Iraq imports about 7 gigawatts. Iraq is seeking alternatives to Iranian energy sources because of US sanctions that impose restrictions on the import of energy and gas from Iran.

The official spokesman and media director at the Electricity Ministry, Ahmed Moussa, told Al-Monitor that while “General Electric has contracts with the Ministry of Electricity to boost the production of the C composite stations" in Samawah and Nasiriyah (Dhi Qar) that combined will deliver 1.5 gigawatts of power, the amount being generated is "500 megawatts, not 1,000 megawatts [1 gigawatt] as reported in the news.”

Moussa said that under Electricity Ministry contracts with General Electric, work is underway "so that the total of each station reaches about 750 megawatts.”

Both stations are being powered by natural gas.

Hamid Younis, an Oil Ministry undersecretary, told Al-Monitor that improvements in natural gas collection have raised production to the extent that the country is providing gas for power stations as well as “exporting 1,000 tons per day of liquefied gas to global markets.” In the past much gas associated with oil fields was lost.

Planning Ministry spokesman Abdul Zahra al-Hindawi told Al-Monitor, “The electricity sector projects are a priority on the investment ladder, stipulated in the five-year development plan 2018-2022, and any project to produce electric energy represents a step toward resolving the chronic supply crisis.”

Hindawi said the ministry focuses on “contracting with specialized, stable international companies as they would have great impact in addressing the energy problem, taking into account the need for solutions and treatments for the electricity problem to keep up with the steady population increases, which always cause insufficiency in production and failure to meet the need for electricity, due to the constant increase in demand.”

Member of parliament Ali al-Badiri told Al-Monitor that he fears “projects of self-sufficiency in energy and other fields will not be easily accomplished as some political leaders and MPs are fighting any investment project that achieves self-sufficiency and provides job opportunities, as such steps clash with their interests and relations with regional countries that export goods and energy to Iraq.”

He said, “Some moves toward achieving self-sufficiency were aborted by them [political leaders], which surprised many MPs.”

Manar al-Obeidi, the head of the Iraq of the Future for Economic Development, told Al-Monitor, “Gas production is a strategic goal that keeps Iraq away from external control from all sides and saves a lot of money spent in the field of electric power generation.” He added, “The US will push toward this goal in order to tighten the noose on Iran in the field of gas supply to Iraqi stations.”

Iran has been a major supplier of natural gas to Iraq.

Obeidi said he thought Iran would work to further curtail the loss of natural gas at its oil fields in order to supply it to Iraq, pointing out that Iran needs the money as it is suffering under an economic blockade.

Obeidi called on the Iraqi government to “be cautious in its dealings with both parties and to dissociate Iraq from all conflicts in order to maintain the provision of electrical energy, which represents the main artery for most of the operating sectors. Iraq must take advantage of the conflict of interests to reach self-sufficiency in the field of electric energy production.”

Meanwhile, Salam Smaysim, an economist and a former government adviser, told Al-Monitor, “Strengthening cooperation with General Electric also has a political goal which is to break the monopoly on energy exports from Iran, and this happens to fall in Iraq’s best interest because the imported electricity could be cut off at any point due to the US sanctions.”

Smaysim added that political forces and the government, amid the protests against the lack of electricity and services, will be forced to cooperate more with local energy production projects and no longer object to rehabilitating self-sufficiency projects.