Symbolism matters, but progress matters more — and there was progress. 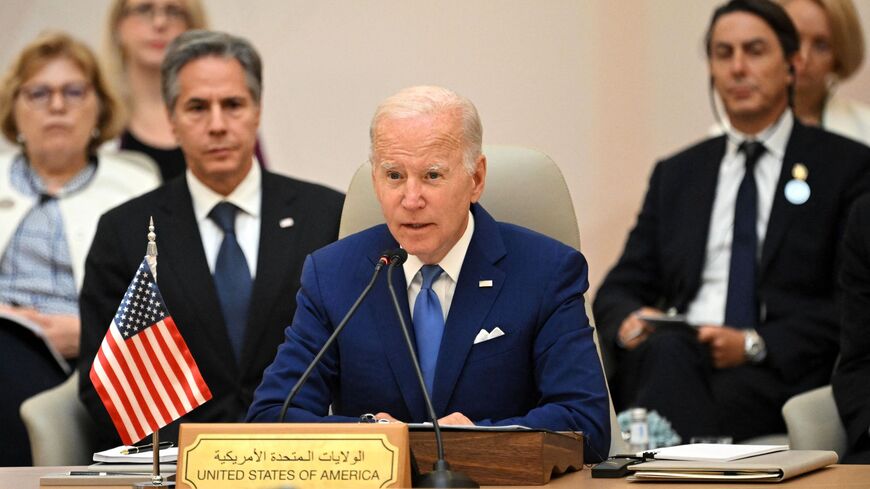 US President Joe Biden speaks during the Jeddah Security and Development Summit (GCC+3) at a hotel in Saudi Arabia's Red Sea coastal city of Jeddah on July 16, 2022. - MANDEL NGAN/AFP via Getty Images

A visit of consequence….

Let’s start here: Joe Biden’s recent trip to the Middle East was among the most consequential US presidential visits to the region in years.

All presidential trips are designed to deliver both tangible and intangible gains, often on complex or sensitive issues that require the ultimate decision-maker to weigh in.

But they seldom resolve issues like the Yemen civil war or the Israeli-Palestinian conflict, as desirable as that might be.

Instead, there’s invariably a focus on the symbolic — a meeting between adversaries or, as in Biden’s trip, a fist bump with a former “pariah.”

But there should also be an appreciation of the progress on issues of consequence, including and especially on Iran and global energy and food security.

Only with Biden’s trip to Saudi Arabia last week could those issues so quickly be elevated to the six heads of the Gulf Cooperation Council, Egypt, Iraq and Jordan, not to mention the first stops for meetings with leaders in Israel and the West Bank.

Much critical commentary has been focused, wrongly, on Biden returning "empty-handed" from his trip to Saudi Arabia. Worse, he was criticized for appearing to backtrack from his previous comment that Saudi Crown Prince Mohammed bin Salman was a "pariah" because of US intelligence's assessment of his role in the death of Jamal Khashoggi in Istanbul in 2018.

The Biden trip to Saudi Arabia was both necessary and impactful, furthering US diplomacy and deterrence in the region, for at least seven reasons, probably more.