Why IRGC issue won’t go away

Even if the US terrorist designation is not lifted, and there is agreement on the JCPOA, the IRGC will still be the power broker of Iranian domestic politics. 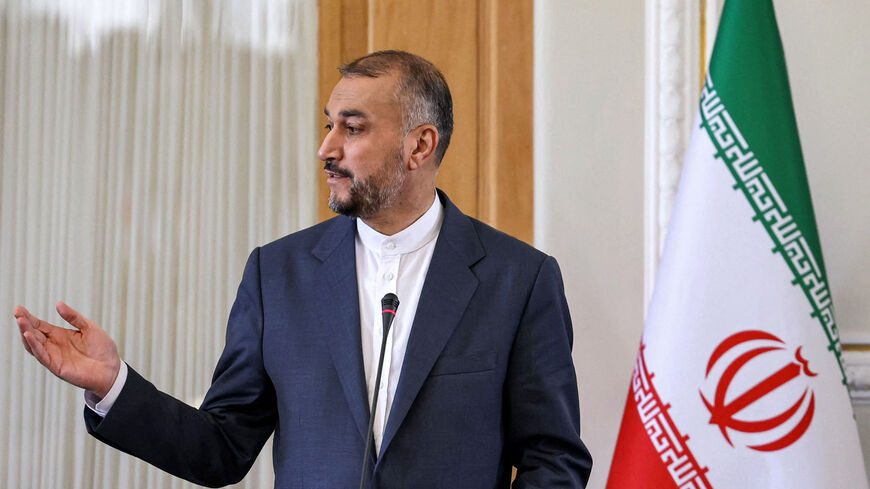 As Qatar’s foreign minister visited Tehran Wednesday in an effort to follow up on talks to revive the Iran nuclear deal, there’s no indication the sides have come close to a resolution on the issue of removing the Islamic Revolutionary Guards Corps (IRGC) from the US terror list.

Top Qatari diplomat Sheikh Mohammed bin Abdulrahman Al-Thani’s visit this week came a week after Washington and Iran resumed “indirect discussions” — facilitated by the EU — in Doha to seek an agreement on the Joint Comprehensive Plan of Action (JCPOA), the formal name of the 2015 accord. As part of these efforts, European Union Policy Chief Josep Burrell was in Tehran June 24-25.

Negotiations had been held up since March, partly from Iran's insistence that the US de-list the IRGC as a foreign terrorist organization — which the Biden administration has refused to do.

Islamic Republic officials insist that from Iran's perspective, the IRGC may no longer be the central issue, but holdups also have to do with the US guarantees that Washington will not withdraw from the deal, and the sequencing of sanctions relief.

But the IRGC needs to be understood more broadly in the Iranian context.

The first issue has to do with Iran's domestic politics. With the world's media outlets’ insistence that IRGC's removal from the FTO is the main obstacle to reaching an agreement in the nuclear talks in Vienna, public opinion in Iran could turn against the powerful military, political and economic entity and blame it for the deteriorating economic situation in the country and the impasse in the talks.

Ali Motahari, who represented metropolitan Tehran in Parliament for 12 years, has said Iran's insistence on the IRGC issue actually benefits Israel. On June 16, Motahari wrote to President Ibrahim Raisi: "Why should we act in such a way that the Iran case is returned to the Security Council and sanctions are returned more strongly?"

This comes while sanctions are causing more and more hardships for ordinary Iranians. Whether or not the IRGC is removed or remains on the American blacklist, sanctions against the group would continue, and thus an FTO delisting would not even make such a big difference in the livelihood of the ordinary people.

Meanwhile, Iranian foreign policy officials have repeatedly stressed that the dispute between Iran and the United States is not limited to the IRGC. On May 26, Iranian Foreign Minister Hossein Amir Abdollahian described it as a "side issue." He also stressed that the main reason for the suspension of the talks is "Iran's economic demands for having access to the global trade."

In fact, the Iranian authorities' goal in following such strategy is that people should not turn against the IRGC and blame it for the failure of the talks.

But why have talks stalled when a revived deal could bring many economic benefits to Tehran? The answer is complicated.

Some people in the Iranian Islamic establishment remain skeptical of reviving a deal that could only last for a year or two. Others fear that the US will leave the deal again, as the previous US administration did in 2018.

Another factor is President Ebrahim Raisi’s domestic standing. Raisi assumed the presidency after the lowest election turnout since the 1979 revolution, and he owes his power to the Guardian Council and other security apparatuses. The powerful council disqualified a large number of candidates to help Raisi sweep the votes.

Raisi has also witnessed what happened to his predecessors: Hassan Rouhani, Mahmoud Ahmadinejad and Mohammad Khatami were all sidelined from politics by the power structure, particularly powerful Revolutionary Guards. Therefore, Raisi is unwilling to reach an agreement that would stir the IRGC wrath against him.

Amir-Abdollahian told Iranian state television on March 26, “IRGC commanders … keep telling us If you reach the point where the IRGC issue was brought up, the IRGC would not stand on your path as an obstacle, which is an example of the IRGC's sacrifices.”

The world media interpreted the foreign minister’s comments as signaling Iran's retreat from its key demand, while the hardliners in Tehran lashed out at Raisi's top diplomat. Hossein Shariatmadari, editor-in-chief of the radical Kayhan newspaper, described the comments as weird and unacceptable and said, “Amir-Abdollahian must have taken it wrong.”

This biting criticism forced Amir-Abdollahian to backtrack and write on his Instagram page, “The possible agreement to revive the JCPOA will only take place when the Establishment’s red lines are observed and is not a matter of crossing the red lines or compromise on them at all.”

In such a climate, abandoning the IRGC demand has almost become impossible. With all this in mind, Raisi will be unlikely to risk signing an agreement with world powers to revive the JCPOA unless the powerful IRGC shows the green light.