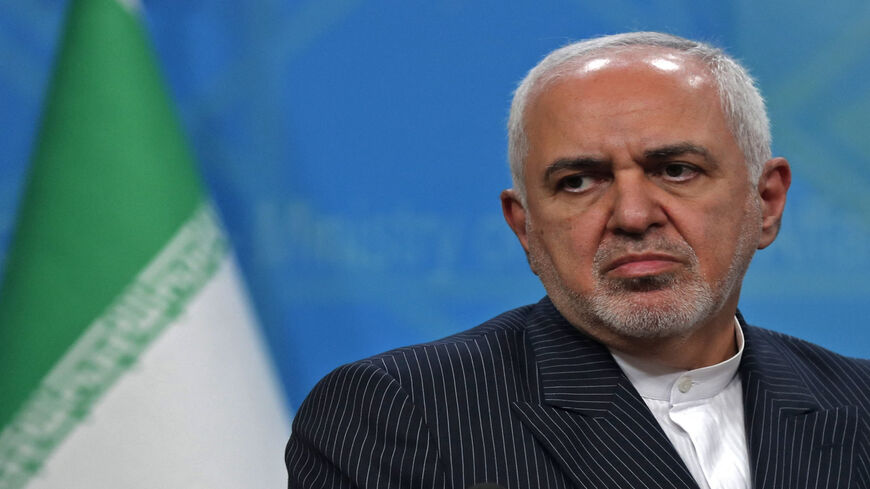 This is not so easy, of course; the maximalist demands that all sanctions imposed by former US President Donald Trump must be lifted, and that this must be verified before Iran resumes compliance, came from Supreme Leader Ayatollah Ali Khamenei. Had he been willing to compromise, talks could have wrapped up anytime this spring.

In his 264-page report, Zarif pointed out the many benefits Iran stands to gain. His take is self-serving and possibly exaggerated to the point of inaccuracy in parts, yet the gist appears to be correct. If Iran returns to the contours of the JCPOA, so will the United States, by lifting all sanctions that are contrary to the accord’s provisions. The Biden administration had already stated this principle, but has not publicly listed the steps it is willing to take. Zarif’s report does so in detail, including, for example, designations blacklisting Khamenei, his office and Raisi as well as a long list of industrial sectors that would see fetters removed.

The list of measures prospectively to be lifted also includes Trump’s controversial 2019 designation of the Islamic Revolutionary Guard Corps (IRGC) as a “Foreign Terrorist Organization” (FTO). Removing the FTO label is a red line for Iran, which knows that no other government entity in the world has been so tagged. The FTO process was designed to apply to nonstate actors. As a practical matter, however, removing this label would have little material impact. Because several other sanctions measures would remain in place against the IRGC, no foreign firm or bank will want to do business with any Iranian entity associated with the IRGC.

Lifting the FTO designation nevertheless remains important, including because the IRGC would then be able to join any negotiations with the United States over military presence in Afghanistan, Yemen or elsewhere. Biden’s willingness to take the political heat to remove a measure that was applied in the name of counterterrorism should be met with a political concession from Iran.

For a country that is so often chastised over its lack of civil liberties, the transparency of the report is astounding. In the past, Zarif submitted such reports on a quarterly basis for eight years, but they are rarely this instructive. Zarif went into detail this time in order both to burnish his record as he departs the stage and to try to box in his successor.

Who that successor will be is unknown. Deputy Foreign Minister Abbas Araghchi will likely continue to lead Iran’s negotiating team in Vienna. One likely choice for foreign minister under Raisi is Hossein Amir-Abdollahian, who is leading Raisi’s foreign policy transition team. Amir-Abdollahian took hard-line positions when he served as ambassador to Bahrain (2007-2010) and as deputy foreign minister for Arab and African affairs (2011-2017). Another possible pick for foreign minister is former nuclear negotiator Saeed Jalili, who is typically characterized as ultraconservative. Yet a third possibility is Ali Bagheri, who was on Jalili’s negotiating team. In any case, the key decision on whether and when to compromise will be made by Iran’s Supreme National Security Council and ultimately by Khamenei.

If Khamenei allows, Araghchi and the Foreign Ministry will have to find a way to interpret the supreme leader’s edits creatively. The demand that “all” Trump sanctions be lifted should mean all sanctions that impact JCPOA conditions. Zarif’s report was forthright in noting that several non-nuclear-related US sanctions will remain in place. Khamenei’s requirement that the lifting of sanctions be verified can be partially met by early oil sales and trade deals. Some measures will take time, however. The tens of billions of dollars of Iran’s oil earnings that are currently frozen in foreign banks may need to be unfettered in stages, for example, in order to dampen exchange market turbulence.

Iran’s insistence that the United States commit not to renege again on the JCPOA is understandable but impossible. Biden simply does not have the power to commit his successor; witness Trump’s actions in withdrawing even from treaties that had been ratified by the US Congress such as the Intermediate-Range Nuclear Forces Treaty and the Treaty on Open Skies. Iran will have to be satisfied by the front-loaded benefits of unfrozen funds and oil sales.

The United States and other parties to the negotiations are giving Iran the benefit of the doubt that it cannot make decisions on such matters before Raisi takes office Aug. 5. On the other hand, patience is running thin over Iran’s increasingly stark departures from JCPOA commitments. Uranium enrichment at 60%, production of uranium metal enriched to 20% and restriction on international inspectors’ access to the Natanz enrichment facility are all steps designed to put pressure on Iran’s negotiating partners. The counterproductive effect, however, has been to raise their dander. Concerned that the negotiations may fail, the United States reportedly is considering tighter sanctions on Iranian oil sales to China.

The trying of patience was also evident in Washington’s strong rebuke of Araghchi’s claim that the United States was holding up an “agreed” prisoner exchange for political aims. State Department spokesman Ned Price called the claim “an outrageous effort to deflect blame” for the impasse on returning to JCPOA compliance. Ali Vaez of the International Crisis Group tweeted that this was by far “the most scathing and sharply-worded statement” about Iran coming from the Biden administration.

Ideally, a prisoner exchange would pave the way for completing the JCPOA talks. Restoring commitments to the nuclear accord is in the interest of all parties. Zarif made it abundantly clear in his report that he knows this to be true for Iran. Let's hope the Raisi team agrees.