Iran’s foreign minister has issued a clarification stating that sanctions on the IRGC must be removed before Tehran agrees to a new Iran deal in Vienna talks. 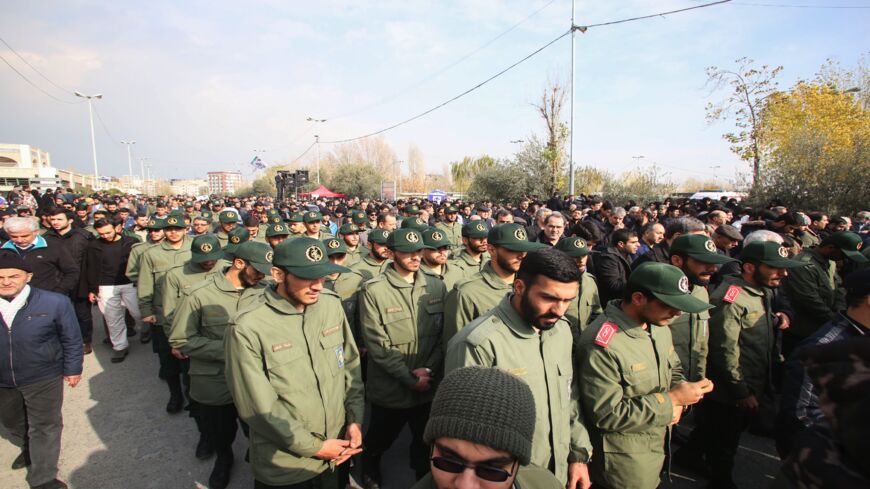 Iran’s Foreign Minister Hossein Amir-Abdollahian has issued a clarification after suggesting in an interview with Iranian television that Tehran could enter into a renewed nuclear deal without the Islamic Revolutionary Guard Corps (IRGC) being delisted as a terrorist organization by Washington.

In an interview on Saturday, Amir-Abdollahian said that one of the remaining issues in the nuclear talks in Vienna is the unilateral sanctions on individuals and entities that have been placed on Iran by the United States, specifically under the presidency of Donald Trump after he exited the nuclear deal, or Joint Comprehensive Plan of Action (JCPOA), in 2018. Iran and Western European countries are seeking to reduce Iran’s nuclear program to the JCPOA levels while removing Trump-era sanctions.

Regarding the IRGC, which Trump sanctioned as a foreign terrorist organization (FTO) in 2019, Amir-Abdollahian called it “the most important security and defense” organization in the country. He added that Iran has communicated its issue with sanctions on the IRGC to the Americans, likely with Europe as intermediaries given that Iranian and American officials are not meeting face-to-face at the talks.

Amir-Abdollahian said that IRGC officials have told him personally that if the negotiations reach a sticking point over the status of sanctions on the IRGC that the negotiators “should choose the interests of the country” and not allow that to become an obstacle. Many Iran observers viewed the comments as Amir-Abdollahian preparing the Iranian public for a compromise on the US delisting the IRGC from the FTO list.

After considerable public uproar, Amir-Abdollahian issued a statement on his Instagram page saying that some people had an “incorrect understanding” of his interview. He wrote that “the red lines will be fully observed.” He recommended that people watch the entire interview where he clarified that Iran would insist on its red lines. Amir-Abdollahian even finished the post with a quote from the founder of the Islamic Republic of Iran, Ayatollah Ruhollah Khomeini, who once said, “I wish I was in the IRGC.”

Iran has insisted that all new sanctions on the country since the US exit should be lifted if they are to return to full compliance. Some sanctions experts have said that whether or not the IRGC is on the FTO list, other sanctions on Iran and the IRGC would remain in place. Since the exit of the United States, Iran incrementally restarted parts of its nuclear program and reduced cooperation on inspection levels. The administration of President Ebrahim Raisi and his new team of negotiators have insisted that a strong negotiations position would yield better results, specifically in comparison to the approach of former President Hassan Rouhani and his team. For them to come back with essentially a similar deal that Rouhani could have achieved after the first few months of the Biden presidency would have been seen as an unnecessary delay in Iran on alleviating the economic suffering of the country.

As it stands, Iran is struggling to sell its oil and conduct banking transactions due to US sanctions. Although they have found ways to circumvent these restrictions, they are not without their costs.