Iran’s new foreign minister said the country is serious about the nuclear talks but wants seriousness from the other side as well. 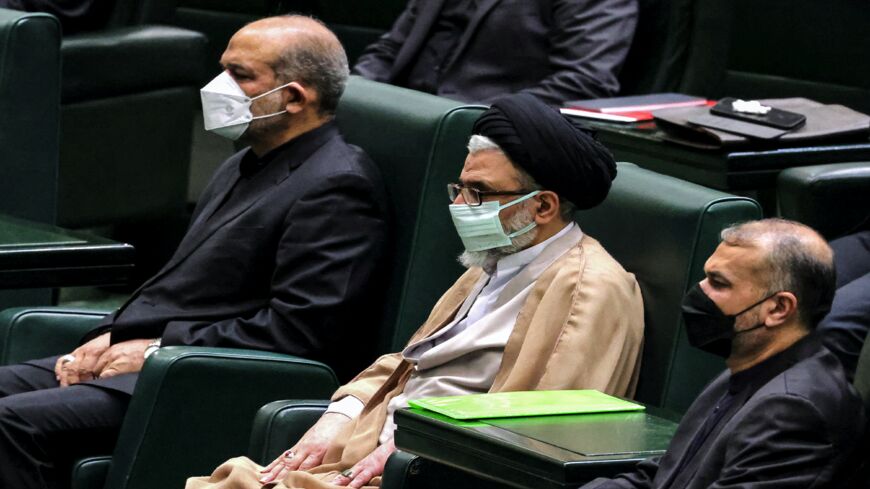 Iranian Foreign Minister Hossein Amir-Abdollahian has been making headlines recently with comments on when the nuclear talks with world powers in Vienna will resume. Rather than giving exact dates, he appears to be enjoying the spotlight and attention afforded his position given the international focus on the paused negotiations.

During a television interview Oct. 3, Amir-Abdollahian said Iran “is serious about the negotiations, and we will return to the negotiations soon.” He did not specify when “soon” is, but he said Iran is currently finalizing its negotiation team.

One of the new members of the team is Ali Bagheri, a former protege of hard-liner and nuclear negotiator Saeed Jalili. It was hoped by some that former deputy Foreign Minister Abbas Araghchi would remain on the team in some capacity, but both the appointment of Bagheri as deputy foreign minister and Amir-Abdollahian’s comments during the interview that he would be part of the talks seem to have dashed those hopes.

Amir-Abdollahian did say the nuclear negotiations would still be supervised and conducted through the Foreign Ministry. There were reports the nuclear file would possibly be sent back to the Supreme National Security Council (SNSC). The administration of former President Hassan Rouhani removed the nuclear file from the SNSC in order to allow former Foreign Minister Mohammad Javad Zarif to have more leverage and freedom to conduct the talks. Supreme Leader Ayatollah Ali Khamenei, who has the final say on all state matters, is also likely closely monitoring the talks.

Regardless of when the talks start, Amir-Abdollahian has expressed numerous times that Iran’s “economy will not be tied to the nuclear talks and the Joint Comprehensive Plan of Action (JCPOA)," the official name for the nuclear deal between Iran and the five permanent members of the United Nations Security Council plus Germany. He said the work “of the foreign minister will not be delayed due to” the deal, meaning he would not wait idly by and hope all of Iran’s problems could be solved through a nuclear deal.

In reference to the friendly relations previous Iranian negotiators had with their Western counterparts, Amir-Abdollahian said, “We’re not coming to sit down with you guys to have coffee.” He said there is a new administration in Iran now, and “we told the other side, our intentions are serious … a negotiation in which a cup of coffee is its outcome has no benefit for our people.”

Amir-Abdollahian said the Joe Biden administration is pursuing the same policies of the Trump administration with sanctions. He said Iran wants to see signs that the United States is serious, and an example of a sign would be for it to release $10 billion in blocked funds, though he did not specifically make the resumption of talks contingent on releasing the blocked funds.