The appointment of the hard-line figure Ali Bagheri Kani at the Foreign Ministry has raised questions about ongoing negotiations over the 2015 nuclear deal. 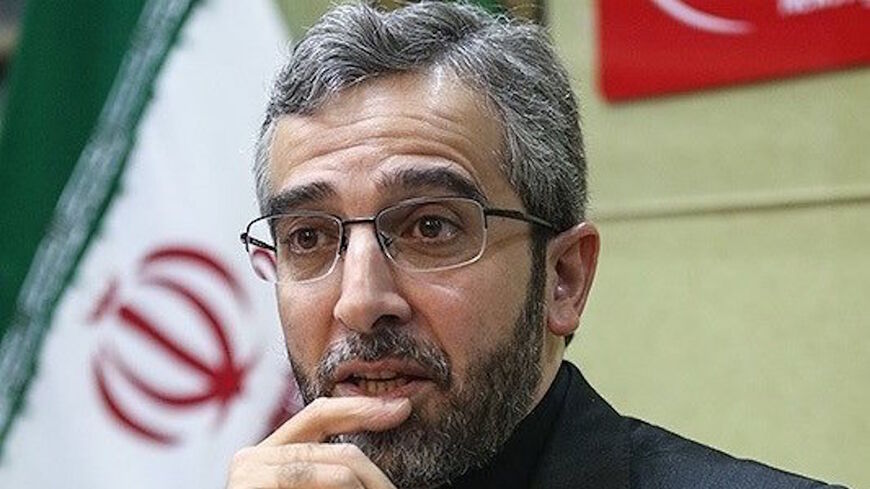 The election of Iranian President Ebrahim Raisi was bound to bring about a number of changes not just within top cabinet positions, but lower-level jobs as well. One exception, some had hoped, would be continuity with the staff of nuclear negotiators. That hope may have been dashed with the replacement of pragmatic Deputy Foreign Minister Abbas Araghchi with hard-liner Ali Bagheri Kani, according to a recent Foreign Ministry statement.

Bagheri Kani was a former leading nuclear negotiator during Saeed Jalili’s tenure as the Secretary of the Supreme National Security Council (SNSC) under President Mahmoud Ahmadinejad. At that time, the nuclear negotiations were under the SNSC. Under President Hassan Rouhani, the file was moved to the foreign ministry under Mohammad Javad Zarif. The current nuclear negotiations to bring the United States back into the 2015 Joint Comprehensive Plan of Action — and Iran back into full compliance with the deal — were being led by Araghchi in Vienna. All sides are still waiting to resume another round of those talks.

Some analysts hope that Araghchi, while no longer deputy foreign minister, will still continue to play a central role in the negotiations. But those hopes seem unlikely. The nuclear file is essentially back under the guidance of the SNSC and closely supervised by Supreme Leader Ayatollah Ali Khamenei.

Bagheri Kani also has some interesting family connections. His brother is married to Khamanei’s daughter, and his uncle was Mohammad Reza Mahdavi Kani, a Shiite cleric who held a number of important positions within the Islamic Republic.

Bagheri Kani himself, despite his relatives, owes his rising star to Jalili, who drove a hard line with the United States when he controlled the nuclear negotiations. His appointment appears to be a concession to Jalili for dropping out of the 2021 presidential race and supporting Raisi. Many critics of the election accused Jalili of just being a cover for Raisi. According to the statement, foreign minister Hossein Amir-Abdollahian has appointed Araghchi as an advisor, though it is not clear what that will mean.

One of the main issues in the nuclear negotiations is Iran’s cooperation with the International Atomic Energy Agency. IAEA Director Rafael Grossi was recently in Tehran to strike a deal that would give the IAEA more access to Iranian nuclear sites. Iran’s parliament had previously passed a law that restricted Iran’s participation with the IAEA. The two sides previously negotiated an agreement in which Iran could record data at their sites but not immediately share them with the IAEA until an agreement on the return to the 2015 accords.

The most recent agreement, according to Grossi, ensured that there would not be a gap in IAEA data collection. The new head of Iran’s Atomic Energy Agency, Mohammad Eslami, defended the agreement to Parliament’s National Security and Foreign Policy Commission. Tasnim News Agency favorably covered his statements with the headline, “The JCPOA cameras have not become active,” through presumably they have and the hard-line administration has had to retreat somewhat.