The merits of talking with the United States are being debated in Iranian media after recent comments by the foreign minister. 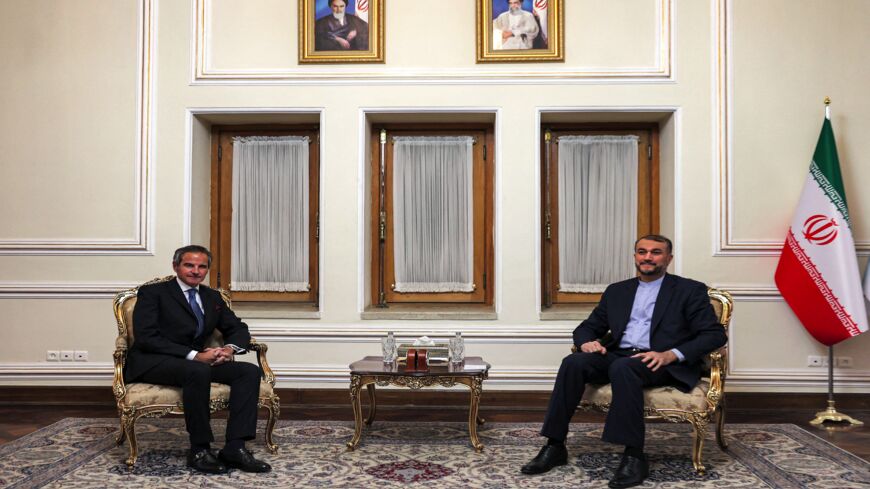 After Iran’s Foreign Minister Hossein Amir-Abdollahian opened the door for the possibility of direct Iran-US talks if there is a “good deal,” Iranian and Western media outlets have been rife with speculation. The Secretary of Iran’s Supreme National Security Council (SNSC), Ali Shamkhani, even weighed in with a tweet on the possibility of direct Iran-US talks. However, shortly after, the SNSC website attempted to tone down the speculation.

Nour News, which is the SNSC website, titled their article on the possibility of talks between Iran and the United States “Commotion for nothing, currently there is no need to negotiate directly with the US.” The article stated that the current negotiations in Vienna with the original members of the 2015 Joint Comprehensive Plan of Action nuclear deal, minus the United States, which exited in 2018, have always been about a good deal and that Iran is not interested in “negotiations under pressure, negotiations for the sake of negotiations, or wasting time and searching for excuses why the Western countries have fled from their commitments.”

The article stated that Iran has shown that it has no problems “negotiating with the enemy when the interests of the country” are needed. The article concluded, however, that despite the progress being made in Vienna, because “of the US extra demands and unconstructive behavior, there is still a lot of distance to a good deal and there is no necessity for direct talks.”

Kayhan also pushed back on the narrative that Iran is open to direct talks or that direct talks with the United States were imminent. Their top story above the fold following Amir-Abdollahian’s comments read: “Direct negotiations with the US is the enemy’s trick to escape lifting sanctions.” The article attacked the former Hassan Rouhani administration and Reformist media for jumping on the comments so swiftly.

The top story in Shargh was “The green light for direct negotiations?” The headline accompanied side-by-side pictures of Amir-Abdollahian and US Secretary of State Antony Blinken. The last time the United States and Iran held direct talks at the high level, it was conducted by former Foreign Minister Mohammad Javad Zarif and Secretary of State John Kerry. The top stories of other Reformist media were no less effusive.

Kayhan newspaper, which is incorrectly sometimes called the mouthpiece of Supreme Leader Ayatollah Ali Khamenei, is, however, still an important conservative voice that sets the trends and talking points amongst conservatives. The article warned that under the new Ebrahim Raisi administration, Iran’s ties with Russia, China and regional resistance groups are growing, and US sanctions are “ineffective” and the maximum pressure campaign has “reached a dead end.” The article stated that given that sanctions are currently being “neutralized,” the United States is using the promise of direct talks as a “trap” to prevent Iran from traveling down its current path.