Amid reported piecemeal progress toward a potential deal, the Iranian government says it has been offered direct talks with the United States in the course of the ongoing multilateral nuclear negotiations in Vienna. 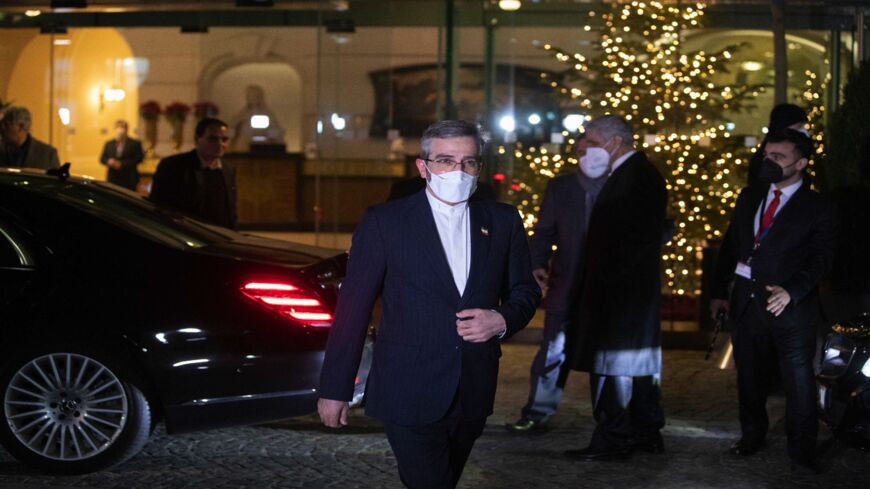 Spokesperson for the Iranian government Ali Bahadori Jahromi said at a briefing in Tehran on Jan. 25 that “the American side has, through different channels, presented requests for direct talks” with Iran.

He added that no such engagement has thus far taken place.

Iran and the world powers are currently holding negotiations in the Austrian capital, Vienna, in hopes of reinstating the 2015 nuclear deal formally known as the Joint Comprehensive Plan of Action (JCPOA). The United States has been only indirectly involved in talks to re-establish the accord following the 2018 pullout ordered by former President Donald Trump.

Jahromi's comments coincided with what has been described by US officials as a “decisive moment” for the JCPOA’s resurrection, as some gaps are reportedly being bridged and prospects for an agreement are slowly appearing on the horizon.

On the same issue of direct talks, Foreign Minister Hossein Amir-Abdollahian signaled Iran’s readiness earlier on Monday. “Should in the course of the negotiations we get to a stage where a good deal with solid guarantees necessitates some level of talks with the United States, we will not ignore it.”

Under Iran’s official line, a “good deal” is characterized by a verifiable relief of American sanctions as well as a well-knit structure of guarantees that future US administrations will remain strictly compliant so that a Trump-style withdrawal would not send the situation back to square one. The sitting administration of President Joe Biden has expressed absolute unease with the second demand.

It is not clear if the Iranian side will modify the guarantee request to move closer to a deal. Yet there were signs in a tweet by the country’s Secretary of the Supreme National Security Council Ali Shamkhani that direct talks could be weighed as an option.

“This communication method can only be replaced by other methods when Good Agreement is available,” he wrote Jan. 25.

In what has been interpreted as a possible policy shift, Iran’s Supreme Leader Ayatollah Ali Khamenei earlier this month toned down the rhetoric and nodded to “talks and engagement with the enemies at certain points of time,” saying that would not be tantamount to “surrender.”

Less than four years ago, Khamenei rigorously banned negotiations with the Trump administration when he famously and confidently declared that the United States would not be able to wage a military war on Iran and "there will be no negotiations, either.”

The timing of a potential deal also remains open to speculation within Iran’s political circles. Last week, Mahmoud Abbaszadeh Meshkini, the spokesperson for the Iranian parliament’s National Security and Foreign Policy Committee, spoke of an “agreement within reach” before the end of the Iranian year (March 20).

Still, Iranian negotiators directly involved in the Vienna marathon have not announced any timeframes and have even rejected “deadlines” pushed by their Western counterparts.

The Iranian side has declared that it will continue the diplomatic path no matter how long if seriousness is exhibited by the other parties.

The Western side, in turn, is anxiously looking at the clock ticking on diplomacy at a moment when Tehran is allegedly fast-tracking its advance toward becoming a possessor of nuclear weapons.