The powerful politician had faced piling pressure from hard-liners over suggesting that Iran could at some point directly engage with the United States if a “good deal” was within reach. 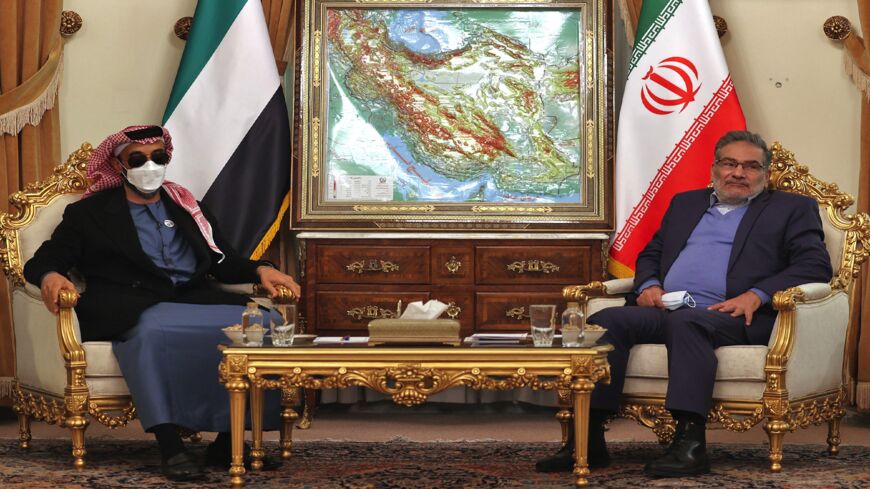 Secretary of Iran’s Supreme National Security Council Ali Shamkhani has said he will “never endorse direct negotiations with the United States,” according to the hard-line daily Kayhan.

The paper reported Jan. 27 that the official had contacted its office to “explain” a controversial tweet he had posted on Tuesday.

“Any exchange with the Americans, if needed, will be done through indirect, non-paper channels,” the paper quoted the top security official as saying.

In his original tweet, Shamkhani suggested Iran’s openness to a direct Tehran-Washington dialogue in the course of the ongoing diplomacy over the revival of the Iran nuclear deal in Vienna.

Although Shamkhani had conditioned any such engagement on the availability of Iran’s much-wanted “good agreement,” he could not help but invite ferocious criticism from among hard-liners, most notably Kayhan’s editor, Hossein Shaiatmadari, who has been appointed by Supreme Leader Ayatollah Ali Khamenei.

The ultraconservative editor had demanded that Iran’s top security official “correct” his statement because it had caused concern and anguish in the “revolutionary camp.”

Yet Shamkhani was not the only official targeted by the hard-liners over hints at Iran-US dialogue. Foreign Minister Hossein Amir-Abdollahian faced an even more overwhelming wave of attacks after he noted that Iran “will not ignore” talks with the United States if that paves the way for a “good deal with solid guarantees” from Washington.

And the latest bullet was in the chamber of ultraconservative Shiite clerics in the holy city of Qom. In a sharply worded statement, they denounced the top diplomat’s “bizarre comments” and advised him to “lose gullibility” and learn a lesson from the mistakes committed by moderate former President Hassan Rouhani and his foreign minister, Mohammad Javad Zarif.

Under the Iranian establishment’s foreign policy decision-making structure, any direct talk with the archfoe, the United States, is exclusively mandated by Khamenei as the country’s supreme leader.

Khamenei’s statement earlier this month that negotiations with the enemies at some point is not tantamount to “surrender” has been widely seen as a green light. The stance, Iran’s Reformists say, served perhaps as the basis for the foreign minister’s rare accommodating approach toward direct dialogue.

The barrage of attacks from hard-liners against Amir-Abdollahian came as a surprise, according to the Reformist Shargh daily, as he hails from the very same camp, which is in the driving seat of all key matters.

The paper suggested that the foreign minister’s statement was not an isolated, personal comment, but rather the announcement of a decision perhaps already finalized at the upper echelons.