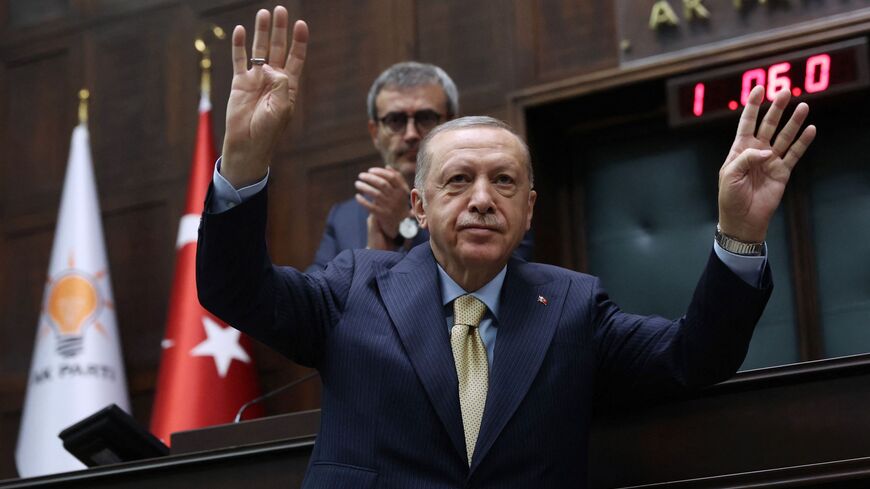 Turkish President and leader of the Justice and Development Party Recep Tayyip Erdogan waves as he attends the Turkish Grand National Assembly in Ankara on June 1, 2022. - ADEM ALTAN/AFP via Getty Images

The Biden administration is pushing Turkey to back off its planned offensive against Kurdish fighters in northern Syria, US officials told lawmakers on Wednesday.

“The Turkish government is very well aware of our views. We have had a series of engagements with them,” Barbara Leaf, the assistant Secretary of State for Near Eastern Affairs, told the Senate Foreign Relations Committee during a hearing focused on US policy on Syria.

Why it matters: Ankara considers the Kurdish YPG militia that forms the backbone of the US-backed Syrian Democratic Forces (SDF) to be an extension of the Kurdistan Workers Party (PKK), which has carried out a decades-long insurgency in Turkey.

The Biden administration acknowledges Turkey’s security concerns but has warned that a cross-border operation in northern Syria could harm the civilian population, put US troops at risk and undermine the fight against the Islamic State.

Dana Stroul, the Deputy Assistant Secretary of Defense for the Middle East, told the Senate panel that a large-scale Turkish invasion would further strain the already under-resourced SDF. The SDF has also warned it would be forced to pause its anti-ISIS operations.

What’s next: Erdogan hasn’t provided a timeline for the planned incursion but says it could happen “suddenly.”

Leaf told the committee on Wednesday that the administration is pressing Turkey to back down from its threatened invasion.

“We are completely unstinting in our efforts with the Turkish government to back them off on this ill-considered venture,” Leaf said.