Reports that Moscow has been readying tens of thousands of Syrians to fight in Europe are "disinformation," senior US defense official tells Congress. 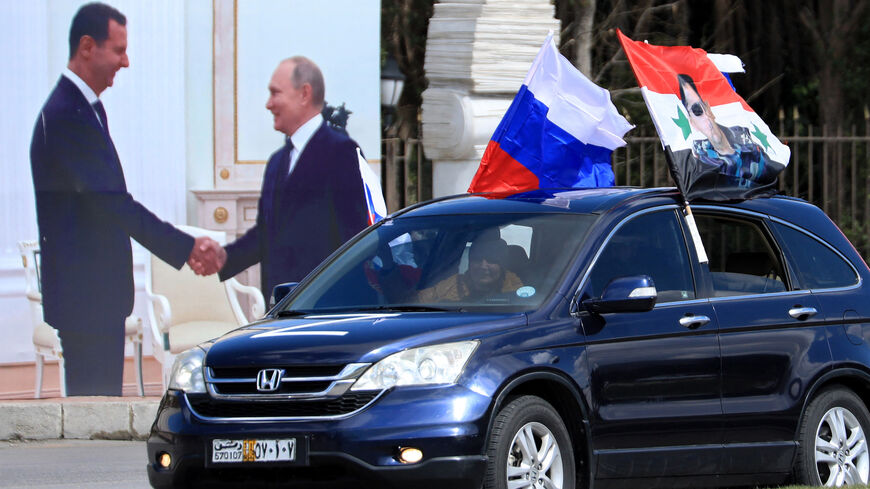 Syrians wave flag of Russia and a portrait of President Bashar al-Assad during a rally in support of Russia in the Syrian capital Damascus, on March 25, 2022. - LOUAI BESHARA/AFP via Getty Images

A senior Pentagon official threw cold water on recent news reports that Russia has been redirecting significant numbers of its troops and local mercenaries from Syria to fight in Ukraine.

“We have not seen a notable change in Russian activities in Syria, nor on its commitment to backing [President Bashar al-]Assad and his brutal campaign that terrorizes the Syrian people,” Stroul said.

Stroul dismissed recent claims that the Kremlin has deployed several thousand mercenaries from Syria to fight in Ukraine as “disinformation,” while acknowledging that very small numbers of Syrian recruits may have been mobilized.

"We have not seen a large-scale movement like that on the ground,” Stroul explained, citing US intelligence assessments. “We are continuing to monitor that closely.”

Why it matters: Pentagon officials in recent months have suggested they’ve seen intelligence that supports claims of Russia's recruitment of Syrians to join the war in Ukraine but have repeatedly stated they’ve seen no sign yet of significant deployments.

The Wall Street Journal initially reported in March that Russia was mobilizing Syrians to fight in Ukraine. A week later, the UK-based Syrian Observatory for Human Rights claimed that some 40,000 volunteers had already signed up.

Stroul rejected those numbers in testimony before lawmakers today. “It is important to take note of the massive amounts of disinformation and misinformation in the environment by Russia both in the Syria theater and in the Ukraine theater,” she said.