The Kremlin appears to be shifting tactics as it meets stiff Western-backed resistance in Ukraine. 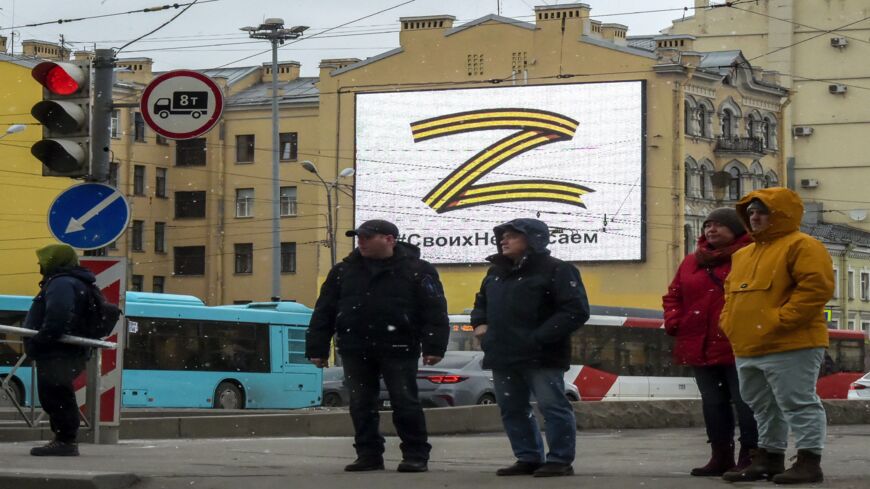 Pedestrians cross a street in front of a billboard displaying the symbol "Z" in the colors of the ribbon of Saint George and a slogan reading "We don't give up on our people," in support of the Russian armed forces, in Saint Petersburg, on March 7, 2022. - AFP via Getty Images

The Pentagon believes Russia’s military has sought to recruit Syrians to fight in Ukraine as local resistance has begun to bog down Moscow’s invasion effort, defense officials said Monday.

Unprecedented? Russia and Turkey have both transported Syrian mercenaries to tip the scales in conflicts abroad in recent years, namely in Libya and Nagorno-Karabakh.

What’s Next: It’s not yet clear whether Moscow will follow through on this possibility, nor whether Washington’s recent tactic of preemptively declassifying intelligence will embarrass Kremlin leadership enough to rule it out.

Know More: Read Amberin Zaman and Elizabeth Hagedorn’s report from last week on the possible deployment of Syrians to Ukraine.