Russia not sending Syrians to Ukraine just yet, top US general says

US CENTCOM has seen no sign of widespread recruitment of Syrians to fight in Ukraine. 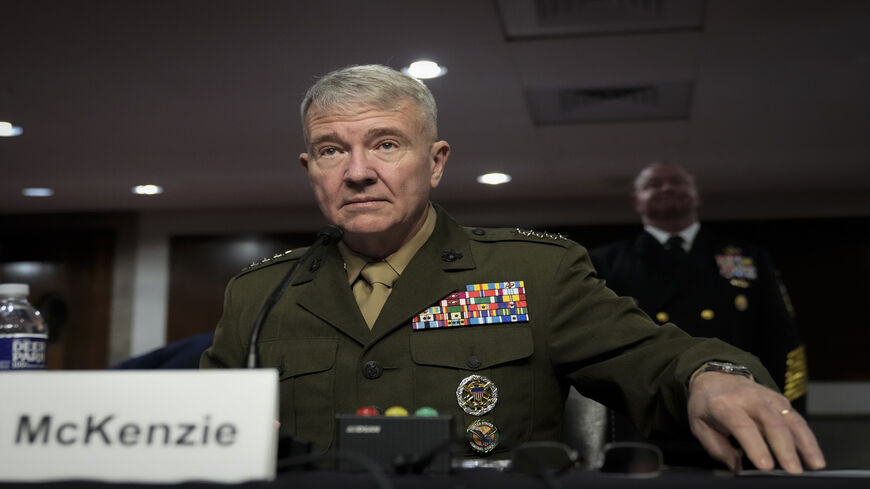 US military officials say Syrian fighters are not being transported to fight on behalf of Russia in Ukraine, at least not yet.

“We have not seen an influx into Ukraine of foreign fighters hired or recruited by Russia, but we are seeing an interest by Russia in doing just that,” Pentagon Press Secretary John Kirby told reporters on Monday.

“We haven’t seen any flow at this point,” he added.

Kirby’s comments came after the top commander of US military forces in the Middle East said last week he had seen no sign yet of widespread Russian recruitment of Syrians to fight in Europe.

“We see little evidence of recruiting in Syria to bring people back to Ukraine,” Marine Corps Gen. Kenneth “Frank” McKenzie told reporters at the Pentagon in a virtual briefing on Friday.

"Not saying it couldn’t happen, and not saying that one, or two, or three or four haven’t gone,” the CENTCOM commander explained. “But we haven’t seen any large-scale effort to do that.”

Why it Matters: The comments by US military officials suggest the Kremlin’s threat to deploy 16,000 fighters from the Middle East into Ukraine is more bluster than reality, at least for now.

It also suggests recent reports that Moscow has mobilized tens of thousands of Syrians for the war are unfounded, but it does not mean groundwork for some recruitment hasn’t been laid.

Russia’s invasion, which was designed to capture Kyiv in just two days, has ground to a halt over the past three weeks amid Ukrainian resistance backed by Western arms flows and intelligence.

Despite the setbacks, US Central Command has seen no sign yet of Moscow enlisting Syrians en masse, McKenzie explained last week. Nor has Russia transferred its own troops in any significant number from Syria, Tajikistan or other Central Asian countries to go to Ukraine, the general said.

The CENTCOM commander told Senate lawmakers last week that only “small, very small, groups of people” in Syria have been “trying to make their way to Ukraine.”

Pentagon officials said earlier this month that there was reason to believe reports of Russia’s recruitment of fighters in Syria were accurate, but emphasized there was no sign yet of them being delivered to Ukraine.

“We do believe that the accounts of the Russians seeking Syrian fighters to augment their forces in Ukraine — we believe there’s truth to that,” press secretary Kirby said on March 8.

Another Pentagon official told Al-Monitor following Gen. McKenzie’s comments last week that CENTCOM's assessment reflected the US military’s most up-to-date information on the question. US Central Command did not return Al-Monitor’s request for clarification by publication time.

“We have no evidence that the Russians have any intent to escalate things in Syria,” he told reporters during last week's briefing.

That will likely come as a relief to McKenzie's soon-to-be successor, Gen. Michael Kurilla, who expressed concern last month that the Kremlin's forces could exploit the Ukraine conflict to ratchet up pressure on US troops in Syria.

McKenzie, who will retire as the head of US Central Command next month, said Friday that he assumes that Moscow's forces in Syria have operational plans to escalate with US troops if ordered to do so, but that has not happened, he said.

“We can always contact them if we have a problem. They will pick up the phone,” the general explained earlier in the briefing.