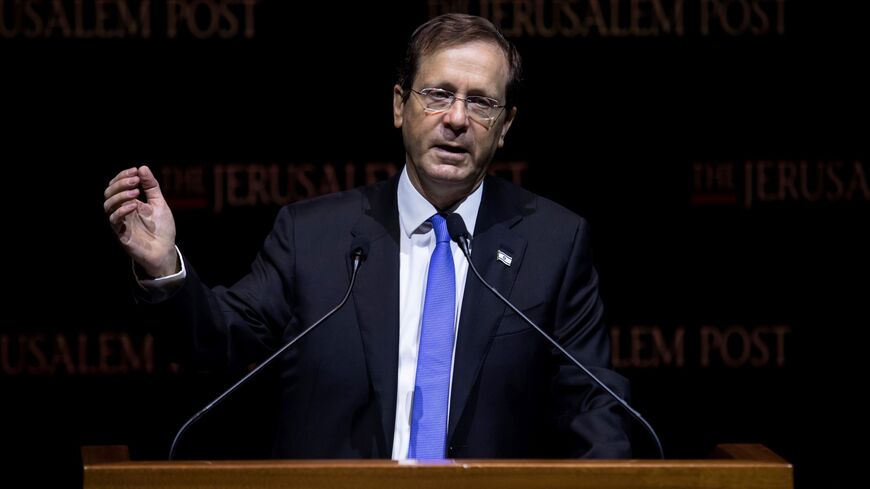 President Isaac Herzog met earlier this week in Amman with Jordan’s King Abdullah II, according to a statement released today by Herzog’s office.

The statement said, "Ahead of US President Joe Biden’s visit to the Middle East, and as part of diplomatic developments in the region, President Isaac Herzog met this week with His Majesty King Abdullah II at his royal palace in Jordan. During the warm meeting, held at King Abdullah's invitation, the President and the King discussed deep strategic issues, at both bilateral and regional levels. The visit also addressed the protection of stable Israeli-Jordanian relations and the need for dialogue with all actors in the region."

The visit of Herzog in Amman is especially important in light of Israel's current political crisis. If the Knesset is indeed dispersed tonight or tomorrow, it will be Alternate Prime Minister Yair Lapid who welcomes Biden to Israel.

Herzog last met with the king at the end of March, when Israel suffered terror attacks and during rising tensions on Temple Mount. At the time, Abdullah condemned the violence, expressing his condolences to the families of the victims. A day before Herzog’s visit, Defense Minister Benny Gantz also met with the king in Amman to discuss the evolving security situation.

This time, the palace in Amman did not confirm the meeting, and the office of Herzog declined to offer any additional details.

The director general of the Jordanian foreign ministry did not participate earlier this week at the Negev Summit Steering Committee meeting in Bahrain, which brought together senior officials from Israel, the United States, the Emirates, Bahrain, Morocco and Egypt. Similarly, the foreign minister of Jordan did not participate at the first Negev Summit meeting last March, at the initiative of Foreign Minister Yair Lapid.

Referring to Biden's upcoming visit, Jordanian Foreign Minister Ayman Safadi said today, "There are no discussions about [establishing] a military coalition that consists of Israel," emphasizing that "the matter is also not on the agenda for US President Joe Biden's visit to the region in July."

In May, Prime Minister Naftali Bennett said he had rejected a Jordanian request to increase staffing for the Waqf, the Muslim religious trust that acts as the custodian of the Temple Mount. Amman had apparently asked to increase their number by 50, which Israel considered an attempt to diminish its sovereignty over the site.