After the uncovering of an Iranian plot to target Israelis in Turkey, Foreign Minister Yair Lapid called on Israeli nationals to leave the country immediately. 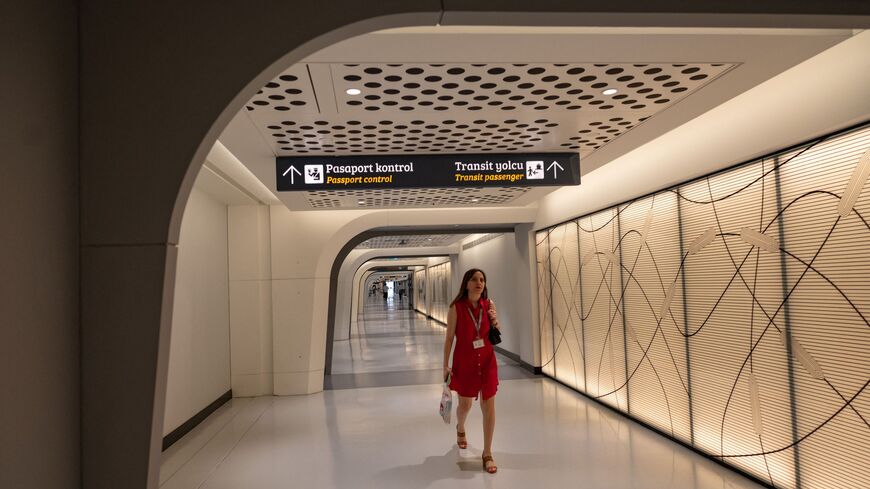 A woman walk under Galataport in Istanbul, on June 6, 2022. - YASIN AKGUL/AFP via Getty Images

He tweeted, “Following developments in Turkey in recent weeks and after a series of Iranian terror attack attempts against Israeli tourists in Istanbul, we call on Israelis: Do not fly to Istanbul. And unless travel in really essential, don’t travel to Turkey. If you are already in Istanbul, return to Israel as soon as possible. The Israeli security agencies, the Ministry of Foreign Affairs, the prime minister's office have all participated in recent weeks in a tremendous effort that saved the lives of Israelis. Some of them have returned to Israel and wander among us without knowing that their lives had been saved.” Lapid added, “If you have planned a flight to Istanbul, cancel. No vacation is worth your life and the lives of your loved ones.”

Lapid thanked the Turkish authorities “for their efforts to protect the lives of Israeli citizens," saying, "Tourism to Turkey is important to both countries, but they too understand that there are risks that must not be taken. We hope and believe that this warning will not be long term. We are at the middle of the vacation period. We will make every possible effort to reestablish calm so that Israelis can go back to Turkey and enjoy all that it has to offer.”

In parallel to Lapid's message, Israel's National Security Council updated its travel warning on Turkey, grading it now at the highest level, and recommending Israelis to avoid unnecessary traveling to all Turkish territories.

Jerusalem is keen to continue the process of rapprochement launched by Ankara some two years ago. President Isaac Herzog visited Turkey in March and Turkish Foreign Minister Mevlut Cavusoglu visited Israel in May. Both countries' foreign ministries are engaged in diplomatic dialogue and bilateral trade between them is increasing rapidly. But even at the cost of hurting the Turkish tourism industry, Israel cannot ignore intelligence suggesting that Iranian agents are operating in Turkey and targeting Israeli tourists.

One of the major expressions of renewed rapprochement between the two countries is the return of Israeli tourists to Turkey. For several years, hundreds of thousands of Israeli tourists flocked to Istanbul, Antalya and other Turkish locations. This trend dwindled after 2010, when bilateral relations soured, but in the past two years, Israeli tourism to Turkey has been picking up. Last November, Turkish President Recep Tayyip Erdogan intervened personally to facilitate the release of two Israeli tourists detained after taking photos of the president’s palace while visiting the Camlica Tower. Erdogan’s intervention was perceived by Jerusalem as token of his commitment to rehabilitating bilateral ties.

Over the years of bilateral tensions, Israel has kept asking Turkey to close the offices of Hamas in Istanbul and prevent Hamas agents from residing in the country. Last April, Lebanese newspaper Al-Akhbar reported that Hamas members based in Turkey and traveling abroad were not allowed to reenter the country. Jerusalem took the measure as a positive sign from Ankara.

It seems that Israeli and Turkish security agencies are now cooperating efficiently. On May 30, Israel’s Counter Terrorism Bureau issued a warning against travel to Turkey, citing Iranian threats both against Israeli tourists and against Israelis living in the country and Israeli businesspeople working in Turkey. Reports on June 12 said that last month, Israeli and Turkish security agencies uncovered an Iranian plot to kidnap Israeli tourists in Turkey. An Israeli source said the ring was uncovered following an Israeli tip-off to Turkish authorities, who immediately took action to dismantle the cell. Israel believes there are still Iranian agents operating in Turkey with the goal of kidnapping or shooting Israelis.