The Iraqi judiciary had blocked a previous version of the legislation, which empowers the government to address rising food prices and shortages resulting from the Ukraine war. 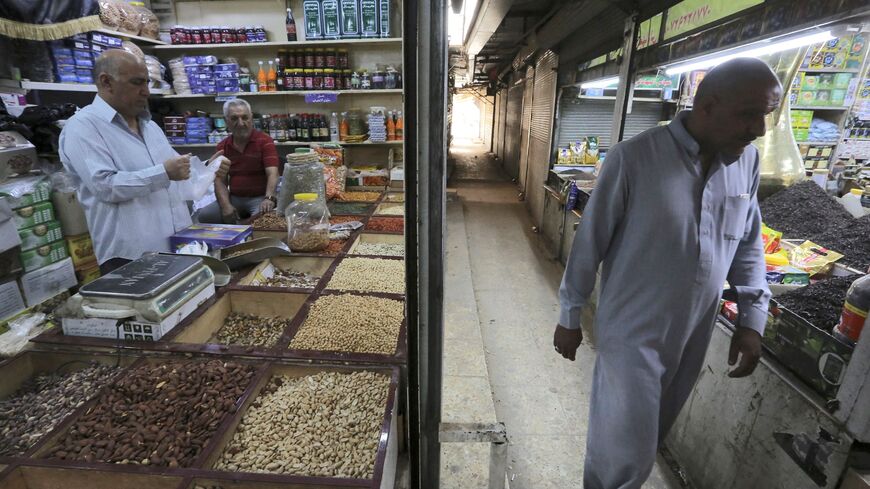 Iraqis sell goods at al-Shorja market during the Eid al-Fitr holiday, which marks the end of the holy fasting month of Ramadan, on May 4, 2022. - SABAH ARAR/AFP via Getty Images

Iraq’s parliament Wednesday passed emergency legislation that will allow the government to use public funds for urgent food security and development needs, as the country has faced a political deadlock since October of last year that has left Iraq without a formal budget.

The bill, titled the “Emergency Law for Food Security and Development,” allocates 25 trillion Iraqi dinar (or about $17 billion), for staple food supplies, gas and electricity, as well as payment of public servant salaries.

The legislation will allow Baghdad to expand food subsidies as the country faces rising prices exacerbated by the war in Ukraine and a crippling drought, in addition to boosting electricity provision as consumption rises leading into the summer.

The law’s passage marked rare agreement in a highly divided parliament, which has been unable to agree on a president nearly eight months after Shiite cleric Moqtada al-Sadr’s bloc emerged as the biggest winner in the general elections.

The bill was originally proposed by Prime Minister Mustafa al-Kadhimi and supported by the triple alliance of Sadr, Parliament Speaker Mohammad Halbousi and and Masoud Barzani.

On May 15, the day before the bill had been scheduled for discussion in parliament, Iraq’s federal court annulled the bill, finding that it contradicted the constitution. The court had decided that the caretaker government cannot propose laws to the parliament.

Then, the parliament proposed the same bill with a few changes and this time it passed. Since the parliament is a newly elected entity with full authority on legislation, it seems the court doesn't have a legal basis to annul the law again.

Some Kurdish politicians have complained about the law, saying it excludes the autonomous Kurdistan Region.

Iraq has significant food security concerns due to various conflicts, unemployment, poor services and a variety of other factors. More than two million Iraqis are in need of food assistance, according to the World Food Program.

Since the caretaker government is unable to send a budget to the parliament, it needs this law to use public funds for supporting food security and providing services. Iraq is also increasing its income amid the global rise in oil prices. Kadhimi said yesterday that the Central Bank's reserves had reached $75 billion, yet the government cannot use the money without a law passed in the parliament.