The budget confronted issues of unemployment, currency devaluation and non-oil revenues and was passed as lawmakers prepare for October's general election; the challenge is implementation. 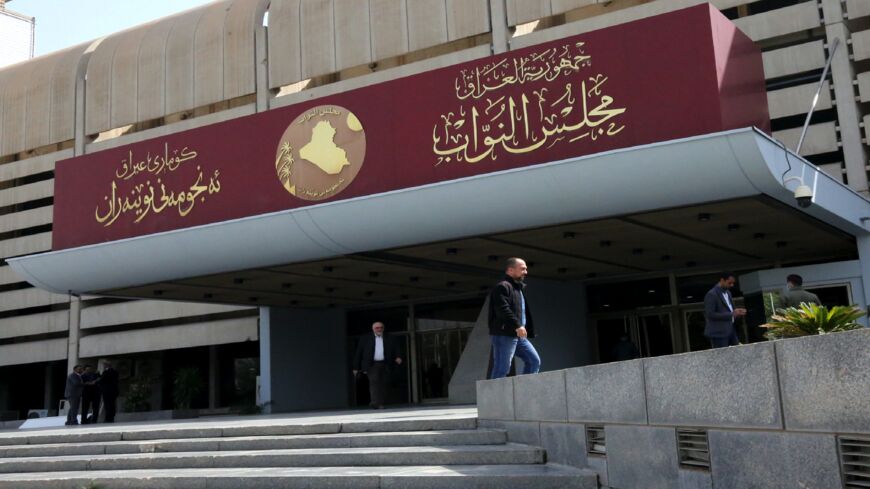 The current bill seeks to address the country’s challenges over growing unemployment, delays in handing out salaries, pensions, rife corruption and plummeting oil prices. The government is now tasked with implementing the bill ahead of the country’s October elections.

“Having an imperfect budget is better than not having one,” said Bilal Wahab of The Washington Institute to Al-Monitor. “The COR (Council of Representatives) was initially reluctant to put a budget at Prime Minister [Mustafa al-] Kadhimi’s disposal, but doing so would have cost them dearly in an election year.”

How did we get here?

Iraq’s parliament failed to approve a budget last year. Meanwhile, the county’s economic crisis worsened, fueled by the coronavirus outbreak and a drop in global oil prices. Iraq houses the world’s fourth-largest oil reserve and depends on oil revenues to fund about 95% of its national budget.

As Iraq’s energy sector took a hit, the country struggled to pay the nearly $5 billion in monthly fees for public salaries and pensions. In November, Baghdad was forced to pass a $10 billion emergency spending bill that would allow the cash-strapped government to borrow from international markets and local banks in order to pay state employees whose salaries had been delayed for months.

By December, in a bid to close an expanding budget inflation gap, Baghdad devalued the dinar by nearly 24%, from 1,182 dinars to the US dollar to 1,457. It was the first currency devaluation by the Iraqi government in decades. Some lawmakers criticized the move, arguing it would severely impact the country’s poor citizens as merchants took advantage of the devaluation to sharply increase prices of basic commodities.

That same month, Iraq’s Cabinet approved a 2021 draft budget of 150 trillion Iraqi dinars (about $103 billion). The draft was sent to parliament for approval.

But disputes over the Kurdistan Regional Government's (KRG) oil share and non-oil revenues delayed the vote. On Sunday, despite a last-minute agreement between Erbil and Baghdad, parliament failed to pass the bill for the fifth time as political blocs grappled over the dollar exchange rate and the inclusion of foreign loans.

Frustrated at the prospect of another year without a federal budget, the Council of Representatives requested on March 30 parliamentarians attend a special March 31 voting session. That session resulted in the approved 2021 federal budget of about $89 billion. The budget deficit is estimated at roughly $20 billion.

“The clash and crisis approach will not lead to a conclusion, so let us start working in service of our people,” tweeted Kadhimi after the vote.

In the end, the approved budget shielded the dinar’s devaluation. To settle the Erbil-Baghdad disagreement, the Kurdistan Region will receive its 12.67% share of the budget when it hands over the revenue of no less than 250,000 barrels of oil per day at the price set by the State Organization for Marketing of Oil at $45 per barrel.

Among other approved articles in the bill include a call for the state’s Media and Communications Commission to force mobile phone companies to pay the financial obligations they owe, including any fines, during the first half of the current year. The National Retirement Authority is also obligated to pay end-of-service bonuses and accumulated leave for former army members, though this amount will not exceed 10 million dinars ($6,800).

The budget also calls for compensation for the families of the thousands killed or missing in Mosul between 2016 and 2017 during the battle to reclaim the city from the Islamic State.

“In front of us now is the privilege to implement a way that guarantees the interests of citizens and to rebuild the nation and take the highest measures to support low-income classes, provide job opportunities for our youth and combat corruption,” tweeted Iraqi President Barham Salih.

The challenge confronting lawmakers now is carrying out the bill ahead of the Oct. 10 general election. But much of the budget’s language remains hazy, questionable or subject to political interpretation as a detailed breakdown has yet to be released. In order to meet its budget total of $89 billion, for example, Iraq would need to produce more oil than its OPEC+ quota allows or hope that the price per barrel rises to more than $60. For much of 2020, Iraq struggled to comply with this quota.

Iraq continues to face major structural challenges that the budget sought to address. In October, the country adopted the White Paper, a policy document drafted by the government that called for emergency financial reform. It outlined measures to address the country’s “accumulated, decades-old serious challenges that confront it,” the government wrote in a press release.

The executive branch attempted to incorporate some of these principles in the budget draft, including protecting the devaluation of the dinar and increasing non-oil revenues. To address issues of unemployment, the budget calls for the addition of 300,000 people to the public payroll, an addition that could be seen as a political maneuver to appease young voters ahead of October’s elections.

But not all recommendations by the White Paper were incorporated. The budget approved by parliament changed significantly from the original draft. Some articles of the draft budget were removed entirely, including Article 20 that deals with income tax proposals and outlines salary cuts to the three presidencies, ministries and employees.

The Iraqi government now plans to issue a formal complaint against the rewriting of the budget with the federal court in regards to some of the changes imposed by parliament, according to an Iraqi official who spoke to Al-Monitor on the condition of anonymity. Challenges exist with tax reduction and obliging the government to employ thousands of dismissed employees.