The move could help Iraq with its electricity woes and reduce energy dependence on Iran. 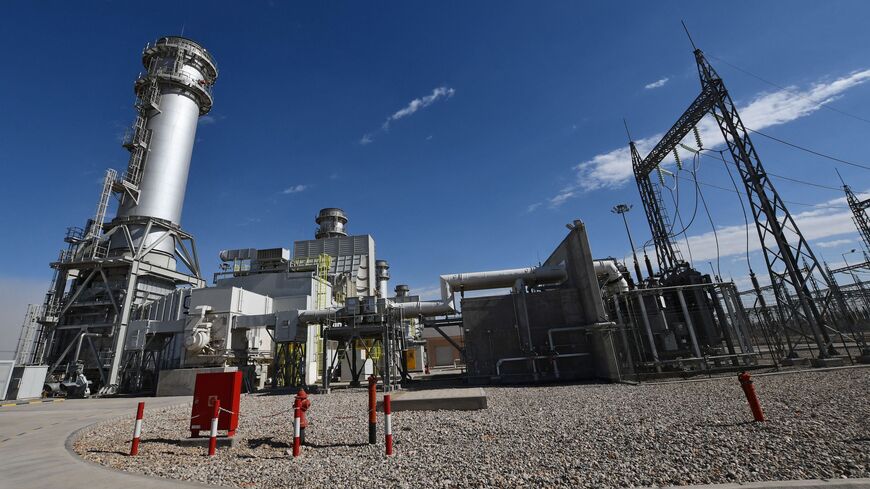 A picture shows a partial view of the Dhi Qar Combined Cycle Power Plant near the Iraqi city of Nasiriyah on Jan. 20, 2022. - ASAAD NIAZI/AFP via Getty Images

Iraq has started connecting its electricity system to Saudi Arabia’s.

What it means:  Electricity interconnectors run under water, underground or via overhead cables and can connect electricity stations between two countries, allowing one to send electricity to another.

Why it matters:  Iraq has long been plagued by electricity problems and large swaths of the country are without power for much of the day. It is particularly an issue in the summer, when temperatures can near 50 degrees Celsius (120 Fahrenheit). Many Iraqis use gas-powered generators to power cooling systems.

Iraq has been working with Saudi Arabia on electricity sharing for some time. In 2020, Iraqi officials discussed importing electricity with their Saudi counterparts in order to avoid the Trump administration’s sanctions on Iran.

In January, Iraq signed a memorandum of understanding with Saudi Arabia on connecting their power grids, prompted by Iran cutting its electricity and gas exports to Iraq. In recent years, Iraq has been heavily dependent on Iran for power despite Iraq’s oil wealth.

Know more:  Iraq is also working to connect its electrical grid to Jordan and Turkey and pursuing a variety of renewable energy projects with Emirati, Chinese and other companies, including solar energy projects.