Turkish President Recep Tayyip Erdogan is adamantly opposed to raising interest rates, but some observers expected Egypt to raise rates in line with Gulf banks and the US Federal Reserve. 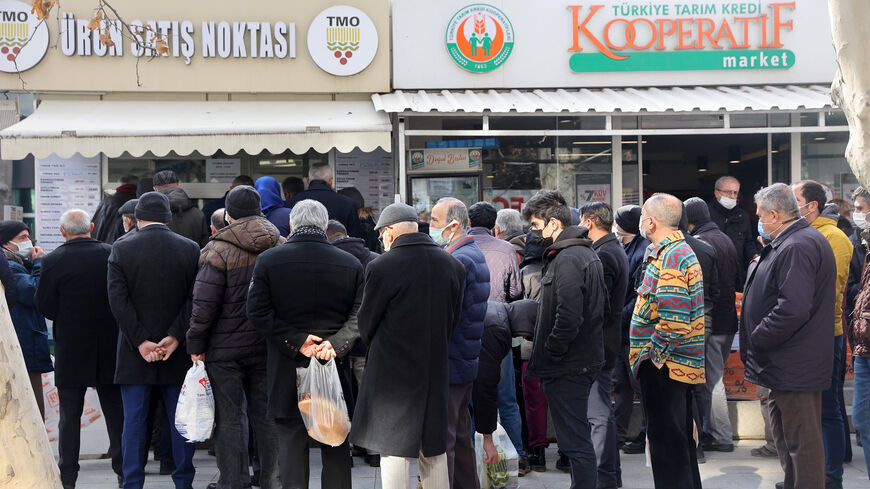 The central banks of Turkey and Egypt both decided yesterday to keep their interest rates unchanged.

The Central Bank of the Republic of Turkey said they would keep their main policy rate unchanged at 14%. In its explanation, the bank actually noted several factors that are driving “high global inflation.”

“Increase in inflation is driven by rising energy costs resulting from geopolitical developments, temporary effects of pricing formations that are not supported by economic fundamentals, strong negative supply shocks caused by the rise in global energy, food and agricultural commodity prices,” they said in a press release.

The bank said they expect disinflation to occur based on its previous actions. However, raising interest rates is the main tool monetary institutions around the world use to counter inflation, and the bank is not doing this. Turkish President Recep Tayyip Erdogan has long held unorthodox views on high interest rates, and wants to keep rates low to drive economic growth.

Inflation soared to above 73% in Turkey this month. Inflation is rising all over the world, in part due to supply chain disruptions resulting from the Russian invasion of Ukraine. However, in Turkey, inflation is particularly bad. The US-based Pew Research Center reported yesterday that Turkey had some of the highest inflation levels in the world in the first quarter of 2022.

In January, Turkey’s Central Bank announced it would stop cutting rates and has kept rates unchanged since. However, Erdogan said earlier this month he intends to cut rates again.

The Central Bank of Egypt said they would keep their various interest rates unchanged. In support of this, they argued that inflation is rising at a relatively slow rate, going from 13.1% in April to 13.5% in May.

The bank repeatedly referenced the effects of the Ukraine war in its assessment, and used language favorable to Russia by pointing to the sanctions “imposed” on the Russian Federation.

“Trade sanctions imposed on Russia and corresponding supply-chain bottlenecks have elevated global commodity prices, such as international prices for oil and wheat,” they said.

Egypt has traditionally been an ally of the United States, from which it receives hundreds of millions in aid each year. However, Egypt has also grown closer to Russia recently.

Egypt received 80% of its wheat from Russia and Ukraine before the war. As the largest wheat importer in the world, Egypt is now scrambling to find alternative sources of the grain, including in India.

The bank did not rule out future rate hikes, but their decision came somewhat as a surprise. Earlier this week, a Reuters poll concluded that Egypt was likely to raise rates.

Egypt raised interest rates in March for the first time since 2017. They then raised them again in May.