Egypt and France are boosting their bilateral cooperation, especially with respect to temperature-tolerant and sustainable crops, in the midst of Egypt's preparations to hold the COP27 conference at the end of this year. 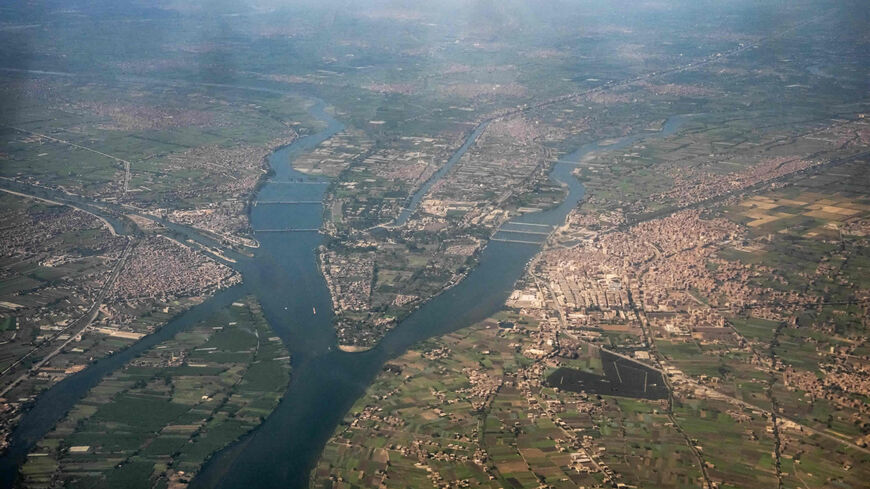 CAIRO — Egyptian and French officials discussed enhancing bilateral cooperation while Egypt gets ready to host the 27th session of the Conference of the Parties (COP27) to the United Nations Framework Convention on Climate Change (UNFCCC). The conference is scheduled for November in Sharm el-Sheikh.

Egyptian Minister of Environment Yasmine Fouad met June 12 with representatives of the French Development Agency (AFD). The two sides discussed ways of cooperation in the field of initiatives that will be announced during the COP27.

In a statement following the meeting, Fouad announced, "Egypt launched the national strategy for climate change until 2050. The objectives include mitigation, adaptation, climate financing and technology. Egypt focuses on green transformation, linking climate with economic plans and focusing on the green economy in the field of agriculture, expansion of seawater desalination, solar energy generation and ways to engage the private sector in investments in this field.”

On May 19, the Egyptian government had rolled out the National Climate Change Strategy 2050, in line with the country's sustainable development strategy Egypt Vision 2030. The strategy aims to reduce harmful emissions and prepare the country to withstand the effects of global warming.

Regarding bilateral cooperation between Cairo and Paris, Fouad proposed cooperation with the AFD to “provide technical support and develop an action plan in the field of temperature-tolerant crops and sustainable crops in cooperation with the [Egyptian] Ministry of Agriculture and to put these projects for investment through the private sector.”

Saber Othman, climate change expert and former director of the climate change department at the Ministry of Environment, told Al-Monitor, “The reports and studies that Egypt submitted to the UNFCCC clearly indicate the significant damages to Egyptian crops as a result of climatic changes, which are due to a number of reasons, most notably the rise in sea level. This affects the Nile delta, which is the most fertile agricultural land in Egypt, leading to an increase in the salinity of the land and the possibility of some land being submerged in the future.”

Othman warned that compound climate extremes and the potential dangers to Egypt — whether dust and sand storms, intense heat waves or frigid cold waves — are a real source of concern. “In the Sinai Peninsula and the Red Sea mountains there will be heavy rains or torrential rains, which has a significant impact on the agriculture sector, especially plants with a poor ability to adapt from these climate changes.”

Magdi Allam, former deputy environment minister and consultant to the World Climate Program, concurred. “Cooperation between Egypt and France in the climate field is absolutely necessary because Egypt and North African countries are bearing the consequences of pollution resulting from the industrial revolution in Europe. The effects of drought, desertification, hurricanes and torrential rains in the North African region during the past years confirm the need for this cooperation," he told A;-Monitor.

In 2015, the UN Food and Agriculture Organization launched the Sustainable Agricultural Investments and Livelihoods project, which runs until 2023, with the participation of the Egyptian Ministry of Agriculture. The project aims to help Egyptian farmers promote climate-smart practices — an approach to set up actions needed to transform agricultural systems to support food security amid climate change, and encourage them to use alternative crop varieties.

Allam said, “A number of Egyptian crops were affected by climatic changes during the last period, due to a sharp rise or a sudden decrease in temperature. These include the mango, strawberry and apple crops, with expectations of an impact on wheat, cotton and corn, which are major crops for the Egyptian national income.”

According to a report published by the Egyptian newspaper El-Watan, in August 2021, the rise in temperatures caused heavy losses to many summer crops with mango and olive crops most affected. The report indicated that this was reflected in a sharp increase of the prices of these two crops due to the lack of supply.

Moreover, a 2019 study conducted in the Agricultural Meteorological and Climate Change Research Unit at the Agricultural Research Center showed that climate changes and the resulting rise in the surface temperature of the Earth will negatively affect the productivity of many Egyptian agricultural crops, as they lead to a severe decrease in the productivity of most main food crops in Egypt. The study warned that the increase in water consumption will also harm these crops. It further noted that the productivity of the wheat crop will decrease by about 9% if the temperature rises by 2 degrees Celsius above its average.

“Most plants and crops are threatened by climate changes, such as wheat, rice and vegetables. This has serious impacts on crop productivity and thus on the lives of millions of Egyptians. The livelihood of about 17 million Egyptian citizens depends directly or indirectly on agriculture,” Allam said.

He concluded, “This ushers in an imminent danger to the available employment opportunities and casts its shadow on internal or external migration in search of job opportunities."