Israeli and African diplomats are engaged in expanding bilateral relations and taking them much further then ever before in many fields. 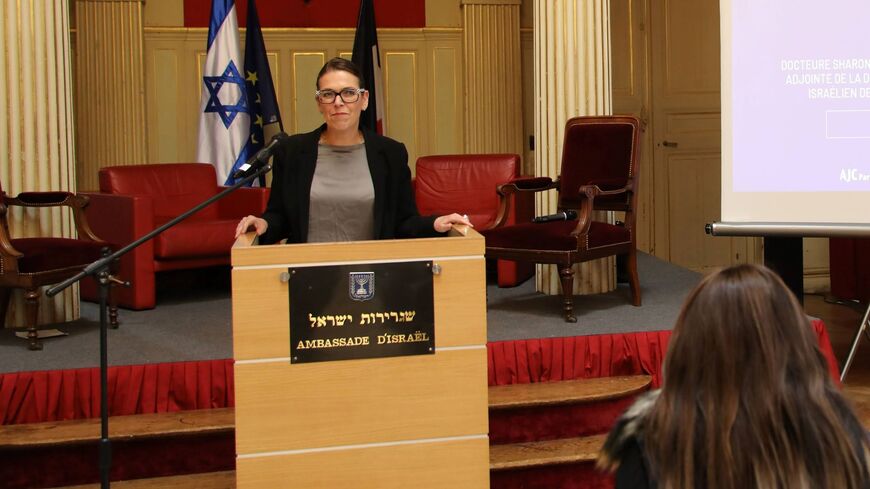 PARIS — Dozens of diplomats, academics, businesspeople and journalists gathered May 31 in Paris, for a one-day event on Africa, organized by Israel’s embassy in France. The event celebrated Israel-Africa relations in many fields, including business opportunities, NGOs, joint development projects, diplomacy, security, and more. The main spirit behind the event was the spokesperson of the embassy in Paris, Simon Seroussi, who had previously served in Israel’s embassy in Cameroon.

The Netanyahu governments perceived African immigrants as a threat to Israel’s society. In a clear diplomatic shift, Lapid hailed their positive contribution. "Immigrants from Africa — from Morocco and Algeria, Tunisia and Libya, Egypt, Ethiopia, South Africa, and more — proudly call Israel their home, and our country would not be the same without their food, music, and culture, as well as their contributions in science, business, politics, the arts, and more.’’

Israel’s Foreign Ministry Deputy Director of the Africa Division Sharon Bar-Li told the press, "If you look at the changes in the Middle East, and on the backdrop of the Abraham Accords, newly established diplomatic relations and normalization process with some countries in the Gulf and North Africa, we learned that two countries do not have to agrees on all issues in order to cooperate.’’

Bar-Li, one of Israel’s leading diplomats, had served as Israel’s ambassador to Ghana before returning to Jerusalem for her current senior position. Speaking with Al-Monitor, she mentioned the re-establishment of relations with Morocco and Chad as examples of Israel’s renewed engagement.

Israel’s ambassador to Senegal, Ben Bourgel, was also present at the Paris conference. For an Israeli, serving in a majority-Muslim country can be difficult, but Bourgel enjoys every minute. He strongly believes in expanding agriculture projects with Senegal, through the foreign ministry’s Masahav international cooperation department.

Bourgel is responsible also for five other African countries, including Cape Verde, Guinea, Gambia, Guinea Bissau and Chad. In fact, it was only two weeks ago, on May 17, that he presented his credentials to the President of Chad, Mahamat Idriss Deby Itno, becoming the first Israeli ambassador accredited to Chad for 50 years.

‘’This marks an important benchmark in the deepening of the relations between Chad and Israel since their resumption in 2019,’’ tweeted his embassy. Speaking with Al-Monitor, Bourgel noted that he met with several Chadian ministers and senior officials, and was welcomed by all in a warm and friendly manner. He now hopes for a first Israeli development/cooperation project with Chad.

Several of the speakers at the conference addressed Israel’s diplomatic achievement last summer, when it was accepted as an observer to the African Union. Diplomatic sources in Jerusalem told Al-Monitor that without the Abraham Accords and the ensuing change in Israel’s international status, this probably never would have happened.

Senegal’s Ambassador to France, El Hadji Magatte Seye, agreed and said that the new diplomatic motto for his country and others is "no exclusion, no exclusivity.’’ No exclusion means there is no reason to exclude Israel from diplomatic relations with African countries, especially since many African countries have diplomatic relations with the Palestinians. With the African Union, the Palestinians have already been observers for several years.

The no exclusivity part is less favorable to Israel, meaning that nothing is guaranteed on the United Nations arena. Senegal, for instance, is committed to advancing bilateral relations, but won’t commit to voting in Israel’s favor at the UN.

This reality can be frustrating for Israeli diplomats. Still, Bar-Li is optimistic on the expansion of bilateral ties with many African countries. Immediately after the Paris conference, she returned to Jerusalem to welcome the foreign minister of Togo.

After their meeting this morning, Lapid tweeted, "I had a friendly and productive meeting with Togolese Foreign Minister Robert Dussey, a great friend of Israel. Israel is back in Africa, and I am looking forward to continuing to work together to deepen our ties with a close friend and proven partner like Togo.’’

A few hours before his meeting with Dussey, Lapid spoke on the phone with Moroccan Foreign Minister Nasser Bourita, tweeting, ‘’we are working together to strengthen and deepen the cooperation between our countries in many varied areas.’’