Israel has a pending request to join the African Union as a non-African observer member. 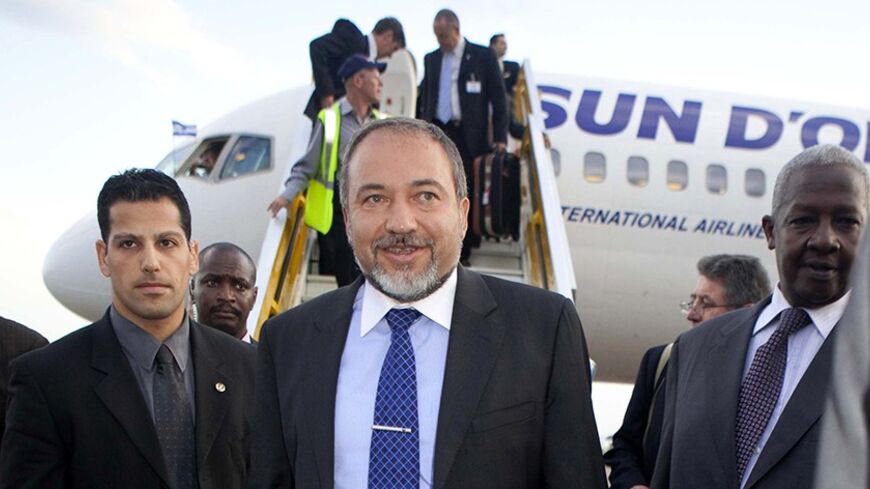 Dozens of illegal immigrants from Africa were arrested Dec. 29 in Tel Aviv at the end of a demonstration against their expulsion. Many of them are now on strike, protesting against Israel's intention to send them back to their countries of origin. Actions by Israeli nongovernmental organizations (NGOs) have been increasing on behalf of refugees from Sudan, Eritrea and neighboring countries, pushing the humanitarian issue to the forefront of public discourse.

The heavily reported public debate on the fate of undocumented African immigrants, however, scarcely touches on the full scope of Israeli-African relations, including the notable changes these relationships have undergone over the past few years. One indication of these changes would be Foreign Minister Avigdor Liberman's planned tour of Africa, scheduled for the first half of 2014. This is not a trivial matter. Israeli foreign ministers spend most of their time visiting Washington and Brussels and other European capitals. African capitals are rarely at the top of their list of priorities. Nevertheless, in 2009 Liberman dedicated nine days to touring Africa, visiting Ethiopia, Kenya and Nigeria. He intended to visit the continent again in 2011, but preparations were cut short due to the announcement of early elections.

A visit by an Israeli prime minister to Africa is more difficult to recall. Yitzhak Shamir visited Cameroon in the 1980s. The precedent for his visit goes back to the 1960s, when Levy Eshkol embarked on a six-nation African tour. Benjamin Netanyahu's office announced anticipated visits to Kenya and Uganda, scheduled for 2012, only to cancel them later in favor of participating in an American Jewry annual event.

Though diplomatic ties with African states have been neglected to a large extent by Israeli politicians, cooperation in other domains, in particular in agriculture, has continued almost unabated, such as through learning programs for African rural development decision makers, demonstration farms, water management centers and other agricultural technology-related projects.

The times are changing, and now other Israeli ministers have been smitten by Liberman's enthusiasm. Minister of National Infrastructure Silvan Shalom and Knesset Speaker Yuli Edelstein both plan to visit the African continent during the coming year. Last month, Israel signed a bilateral agreement with Botswana relieving citizens of their countries from having to obtain visas in advance of visits. Earlier this year, direct flights were inaugurated between Nigeria and Israel. These two agreements are worth noting given Israel's legal battle against African immigrants.

As far as the Israeli government is concerned, however, the most sought-after diplomatic objective in Africa is yet to be realized — joining the African Union (AU) as a non-African observer member. Israel made the request in 2003, but so far, the effort has been in vain. Libya has been a long-standing opponent of admitting Israel, together with other Arab and Muslim members of the union. The Israeli government had hoped that the fall of longtime Libyan leader Moammar Gadhafi's regime would lead to a change in position of AU leaders, but an offer to join has not been forthcoming.

Avi Granot, deputy director general for African Affairs at the Foreign Ministry, told Al-Monitor that Israel and the AU continue to hold talks on the issue and that some progress has been detected. ''The Israeli Embassy in Addis Ababa [AU headquarters] has been invited to several local events organized by the AU. For instance, our ambassador took part in the memorial ceremony for Nelson Mandela hosted by the AU Secretariat. These kinds of invitations were not handed out to us in the past.'' Granot said that a more firm indicator will be whether Israel is invited to take part in the AU summit at the end of January.

Other Israeli diplomats share Granot's cautious outlook, asserting that joining the AU is not to be envisaged in the near future, although the AU Secretariat is still open to discussions. That the union is headed by a former South African minister does not necessarily bode ill for progress, they stress.

Israel's ties with Africa have always been characterized by multiple layers, some of them public and typically associated with the ups and downs of the Israeli-Palestinian conflict, while others have been more secretive and of the variety that fuel conspiracy theories and legends. A typical example of this duality is illustrated by events surrounding the death of Nelson Mandela. Once the dust settled from the political analyses dissecting deteriorating Israeli-South African relations, the press ''discovered'' that Mandela had been trained by Mossad agents in the 1960s at a camp in Ethiopia. A Haaretz article from Dec. 20 revealed an archived telegram sent by Mossad agents in 1962 to the Middle East-Africa division of the Foreign Ministry in Jerusalem. The document recounts the military training in Ethiopia of a man code-named the Black Pimpernel. A notation dated a few days later on the same telegram reveals the identity of the man in question, at the time unknown to his Mossad trainers, as the exiled Mandela.

While past Israeli-African relations have focused on development programs and on infrastructure and building projects, today's reality is much different. Israeli officials emphasize that commerce and "homeland security" are the two main axes on which new relations spin. Many of Israel's cooperation programs today revolve around strong commercial elements — such as water-treatment facilities, specialized fish ponds, crops adapted to desert conditions and telecommunication projects for remote areas — dealing with Africa not only as a recipient of humanitarian programs, but also as a new market to be tapped.

The homeland-security aspect covers an array of issues, from border-defense mechanisms and joint anti-immigration programs to intelligence sharing and expertise on infiltration by jihadist terror groups. This last item is the hottest, but also the most sensitive in bilateral exchanges between Israel and countries such as Kenya and Nigeria and even the young South Sudan. Israel's efforts at stemming illegal immigration is coordinated to some extent with Egypt.

At the same time, Israeli embassies in Africa dedicate much effort to building ties with African religious leaders, especially Muslims. Two years ago, Eli Ben-Tura, Israeli ambassador to Senegal, hosted 14 imams for an Iftar dinner at his residence. In November, a delegation of imams from Senegal visited Israel in a first-of-its-kind interreligious cooperation project. Israel's ambassador to Ghana, Sharon Bar-Li, who reopened embassy offices in Accra in 2011, is also engaged in an interreligious dialogue with local Muslim leaders. Jonathan Rosenzweig, from the Foreign Ministry's spokesperson's bureau, emphasized that many of these Islamic leaders prefer to have ''a quiet dialogue away from the public eye.''

With humanitarian projects giving way in part to issues concerning finance, politics and civil society, Israel continues to seek diplomatic support in Africa. Two years ago, when voting for non-member state status for the Palestine Liberation Organization at the United Nations, five African countries, including Togo and Malawi, where Israel has no embassy, chose to abstain. Moreover, commercial relations with Africa continue to grow every year regardless of the Palestinian question. Thus far, South Africa is the only African country to raise the issue of boycotting settlement products or limiting economic and cultural ties with Israel.

If negotiations with the Palestinians fail, Israel will undoubtedly face overwhelming international isolation, followed by renewed petitions for Palestine to be recognized as a full UN member state. If such a moment comes, Israel will surely look for any friend it can get, wherever it can find it. Europe is already abandoning ship. Israeli diplomats hope that help will be found on the neighboring continent.