Now that Israel is joining the African Union as an observer state, African countries hesitant to normalize ties with it could come around. 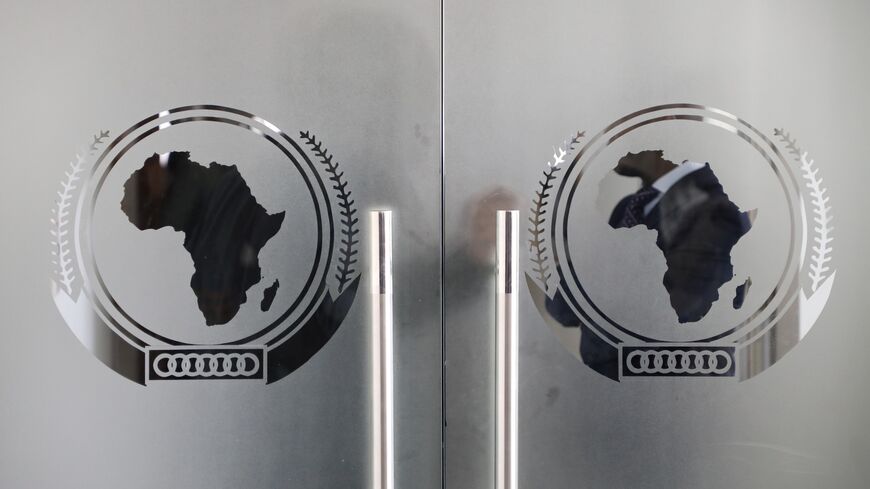 The logo of the African Union is seen at the entrance of the AU headquarters on March 13, 2019, in Addis Ababa. - LUDOVIC MARIN/AFP via Getty Images

When the African Union announced it will grant Israel observer status July 22, the news caught many Israelis by surprise, though diplomats in the Africa division of the Foreign Ministry having been hard at work toward the goal for the last eight months.

Aliza Bin Noun, a former ambassador to Hungary and France who now heads the Africa division, expressed satisfaction. “I am very pleased that Israel is back to the African continent by means of becoming an observer state to the African Union. We are hoping to establish cooperation in a variety of fields such as economic development, fighting global terrorism, battling the coronavirus pandemic, health systems, smart agriculture and much more. This goes to show that Israel has a past in Africa, has a present and also has a great future ahead of it in the continent,” she told Al-Monitor.

Israel enjoyed observer status in the Organization of African Unity until 2002, when the organization dissolved itself, leading to the emergence of the African Union. Pressured by former Libyan dictator Moammar al-Gadhafi, the newly established organization canceled Israel's observer status. Since then, Israel has tried to regain it, with diplomatic efforts and two formal requests in 2014 and in 2018. Former Prime Minister Benjamin Netanyahu and former Foreign Minister Avigdor Liberman both championed the efforts.

During these years, there was strong opposition to Israel within the African Union, mostly by countries supporting the Palestinian cause such as South Africa, Libya and Egypt. Palestine gained observer status in 2013, and Palestinian President Mahmoud Abbas was invited as guest speaker to the organization’s 2019 summit. When serving as African Union Commission chair from 2012 to 2017, South African politician Nkosazana Dlamini-Zuma fiercely objected to Israel's rapprochement efforts with the organization.

Ever since its foundation in 1948, Israel has been greatly invested in establishing ties with Africa. They continued discreetly in the 1970s against the backdrop of the 1973 Yom Kippur War, when many African countries severed their ties with Israel. Over the years, Israel established numerous projects in Africa and gained the reputation of one of the world's most advanced countries in fields such as tech, smart agriculture, water management and distance learning, domains crucial for many African economies.

When Israel signed the Abraham Accords with the United Arab Emirates, Bahrain and Morocco in October 2020, things started to change. Sudan also announced it would normalize ties with Israel. The coronavirus pandemic was also an accelerating factor, as many countries need help amid its economic fallout.

Sources at the Foreign Ministry told Al-Monitor that Bin Noun saw the issue of rapprochement with the African Union practically as a personal mission. Former Foreign Minister Gabi Ashkenazi and current Minister Yair Lapid fully backed her and her division in this endeavor. The ministers took the matter up in every contact they had with African counterparts. To advance things further, Bin Noun flew to the AU headquarters in Addis Ababa last April. She met there with some 30 ambassadors of member states. Her deputy visited Addis Ababa one month later. Then, yesterday morning, Israel’s Ambassador to Ethiopia Aleleign Admasu got a phone call from the AU secretariat inviting him to present his credentials for Israel to become observer state.

The diplomatic sources explained that Israel succeeded in creating a real "buzz" over the issue. With its years of engagement in cooperative projects, its tech know-how and proven willingness to engage in development projects, it became only natural that Israel would be accepted. The support of Felix Tshisekedi, the president of the Democratic Republic of Congo and current president of the African Union, was certainly crucial, as was that of the current AU chair, Moussa Faki of Chad.

The diplomatic sources emphasized that one of the most important possible impacts of this move is diplomatic. Countries such as Djibouti, Mali, Niger and even Somalia, all hesitant to normalize ties with Israel, could now come around.

Haim Koren, who lectures at the Herzliya Interdisciplinary Center, agrees. Koren had served as Israel’s ambassador to Egypt and as Israel’s first ambassador to South Sudan. As such, he was intimately involved in Jerusalem’s efforts over the years to join the African Union as an observer state. “Already when I served in South Sudan, we were tasked with the mission to advance this, but it was not easy, with objections by pro-Palestinian countries. South Sudan and Ethiopia tried to help us, but Mrs. Dlamini-Zuma was receptive to pro-Palestinian pressure," he told Al-Monitor.

Koren estimates that this new development could not only thaw relations with countries Israel has no diplomatic ties with. It could also upgrade Israel’s image as a country that could build cross-continent partnerships and as a country that can serve as an intermediary in resolving conflicts. He noted that Israel was invited once by the African Intergovernmental Authority on Development to mediate a "certain African conflict," declining to elaborate. Israel's new status could offer more such possibilities.

“It is difficult to know exactly the dynamics that lead to the decision. But clearly, the fact that Egypt did not object was a major component in this. Jerusalem benefited from an opening, an opportunity, at a point in time when our relations with Cairo are strong and even intimate, and when we enjoy a positive dynamic with Sudan," he said, adding, “With all the ups and downs Israel-Africa relations have experienced, this is certainly a very positive development."