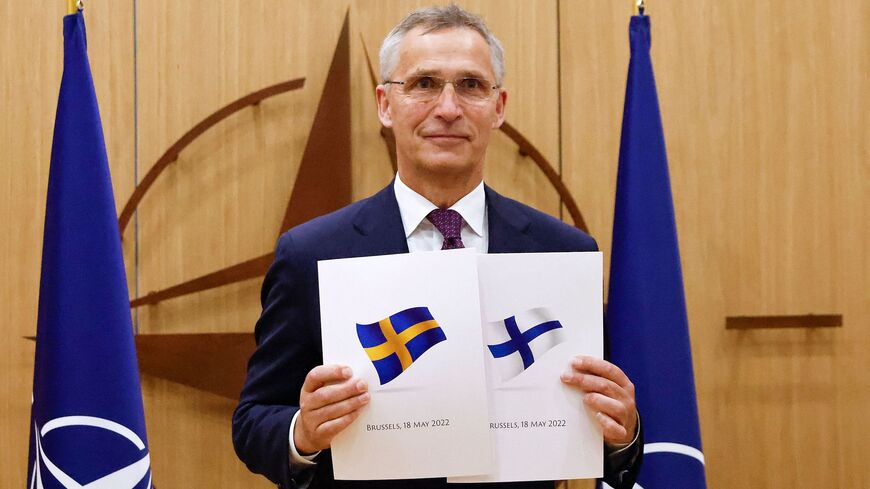 The Biden administration is offering military support to bolster the defenses of Sweden and Finland against potential Russian actions as Turkey threatens to delay the two Nordic countries’ admission into the NATO alliance.

US Defense Secretary Lloyd Austin sat down with Sweden’s Defense Minister Peter Hultqvist at the Pentagon on Wednesday. Earlier today, the governments in both Stockholm and Helsinki formally applied to join the alliance for the first time as a result of Russia’s invasion of Ukraine.

Austin and Hultqvist agreed to set up bilateral staff meetings to discuss any Swedish military requests from the US that could help deter potential Russian attacks before Sweden and Finland can be fully brought into NATO, a senior US defense official said today on the condition of anonymity.

Similar discussions are already ongoing between American officials and members of Finland’s government, the defense official said, declining to go into detail on what support may be on the table beyond joint military exercises.

“There was no sign-on-the-dotted-line moment today where something was proffered and then agreed to,” the US official said.

The official expressed confidence that Washington would be able to seamlessly assist the two countries’ militaries due to years of joint training and coordination. “This is not an issue of major concern for either side,” the official said.

Why it Matters: Washington’s offer of support comes at a moment of potential vulnerability for the two Nordic countries as they risk defying Russia by seeking to join the Western alliance, but have not yet received its formal assurance of mutual defense.

Turkey’s President Recep Tayyip Erdogan stunned Western officials last week with threats to obstruct Sweden and Finland’s admittance if those countries do not take actions against Kurdish leftists whom Ankara considers to be terrorists.

Joining NATO requires the unanimous consent of all member states. Ankara’s stance threatens to tarnish the renewed prestige which Russia’s assault on Ukraine has brought the alliance after years of doubts about its cohesiveness during the tumultuous Trump administration.

Eager to not to squander the strategic moment, Biden administration and NATO officials are downplaying the likely delay to NATO’s expansion while seeking to reassure the applicant states.

“We are confident that at the end of the day Finland and Sweden will have an effective and efficient accession process. Turkey’s concerns can be addressed,” National Security Adviser Jake Sullivan said during a press conference at the White House today.

“Finland and Sweden are working directly with Turkey to do this. But we are also talking to the Turks to try to help facilitate,” said Sullivan, who spoke with his Turkish counterpart Ibrahim Kalin by phone today.

Other American officials were more cautious in their predictions. “We don’t know how long the application process is going to take,” the senior US defense acknowledged today.

“NATO Secretary General [Jens Stoltenberg] said yesterday that he did not anticipate that this is going to take very long. But that’s really between the alliance and these nations, and not the United States and these nations.”

Yet Ankara is seeking concessions from Washington as well, as top diplomat Mevlut Cavusoglu made clear after meeting his American counterpart Antony Blinken in New York on Wednesday afternoon.

Following the meeting, Cavusoglu insisted in a press conference that Sweden and Finland provide guarantees not to supply arms to Kurdish leftist militants in Syria who defeated the Islamic State with US and international support.

“It is unacceptable for allies – or countries that want to be allies – to support terrorist organizations that target us,” Cavusoglu said.

Turkey considers the Syrian Kurdish People’s Protection Units (YPG) to be inextricable from the militant Kurdistan Workers’ Party (PKK), which has fought an intermittent insurgency against the Turkish government for nearly four decades.

The YPG insists it poses no threat to Turkey, though shares the political ideology of the PKK and is believed to share some common members. Sweden has hosted Syrian political figures affiliated with the YPG in a show of support for its political project in northeast Syria. The US and western allies involved in the coalition to defeat IS do not consider the YPG a terrorist group.

The Turkish minister said that all parties involved in the discussions agreed that Ankara’s concerns on the issue were “legitimate,” but that his government would like to see such support “not only in words but also in practice. This is a must not only for Sweden and Finland, but also for the allies.”

“What we want from the US,” the top diplomat went on, is the removal of all embargoes, including the CAATSA sanctions and suspension of the support for the YPG in Syria. He added that NATO countries’ arms embargoes against his country were “unacceptable.”

Sweden and Finland halted arms sales to Turkey in the wake of Ankara’s 2019 assault against the YPG in Syria, and the US imposed limited sanctions on Ankara’s defense industry after Turkey obtained Russia’s S-400 air defense system in 2019.

Cavusoglu further said his side has received positive signals from members of the US Congress about Ankara’s request to purchase a new batch of F-16 fighter jets and modernization kits. Turkey was expelled from the US F-35 stealth fighter jet program after its purchase of the S-400s, and the Biden administration has sought to compensate Ankara for its financial losses with new F-16s and upgrade to its existing fleet.

What’s Next: President Joe Biden will receive Swedish Prime Minister Magdalena Andersson and Finnish President Saudi Niinistö at the White House tomorrow “to coordinate on the path forward” and to “compare notes on how to support Ukraine and its defense against Russia’s brutal invasion.”

“While their applications for NATO membership are being considered, the United States will work with Finland and Sweden to remain vigilant against any threats to our shared security, and to deter and confront aggression or the threat of aggression,” Biden said today.

“Article 5 only kicks in once all 30 allies have ratified the accession protocols and they become full-fledged members of the alliance,” US national security adviser Sullivan explained today.

“But the United States is prepared to send a very clear message – as are all of our European allies – that we will not tolerate any aggression against Finland or Sweden during this process, and there are practical measures we can take along those lines.”

In the meantime, Western officials will try to find ways to reach a compromise with Ankara.

With reporting from Ezgi Akin in Istanbul.