Turkey is in the midst of an economic crisis marked by high inflation. 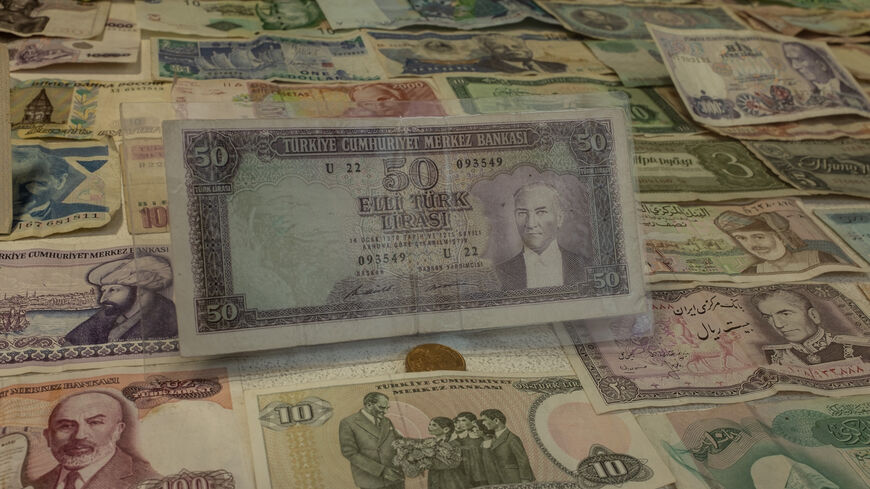 Obsolete Turkish lira banknotes are seen in the window of an exchange office on May 05, 2022, in Istanbul, Turkey. Inflation soared to nearly 70% (69.97%) over one year in April in Turkey, the highest since February 2002. - Burak Kara/Getty Images

The Turkish lira fell against the US dollar again today.

One Turkish lira traded at a rate of 15.85 liras to $1 at the end of the day today. Turkey’s currency has fallen every day since May 8, when it began the day trading at 14.94 liras to the dollar, according to the currency data website Xe.

Why it matters: Turkey is suffering from a debilitating economic crisis. The lira started falling sharply last year when the governor of Turkey’s Central Bank was abruptly fired and the bank ​started to cut interest rates. In December, it reached a historic low of 16.68 liras to the dollar. The Central Bank has since then sold foreign currency reserves to prop up the lira. The currency then strengthened to 10.68 liras to the dollar in late December — after the government introduced a scheme to curb dollarization and prop up the lira — but is now nearing the low reached last December.

Inflation is also skyrocketing in the country and reached 61% in April.

Economic consensus stipulates that raising interest rates brings down inflation and helps currencies appreciate. However, Turkish President Recep Tayyip Erdogan has long argued the opposite, and the Central Bank cut rates several times last year in keeping with his views.

In January, the Central Bank said it would not cut rates further but has still refrained from raising them.