Several organizations in northern Syria have launched programs to support farmers amid new concerns over flour and wheat supplies in the war-torn country. 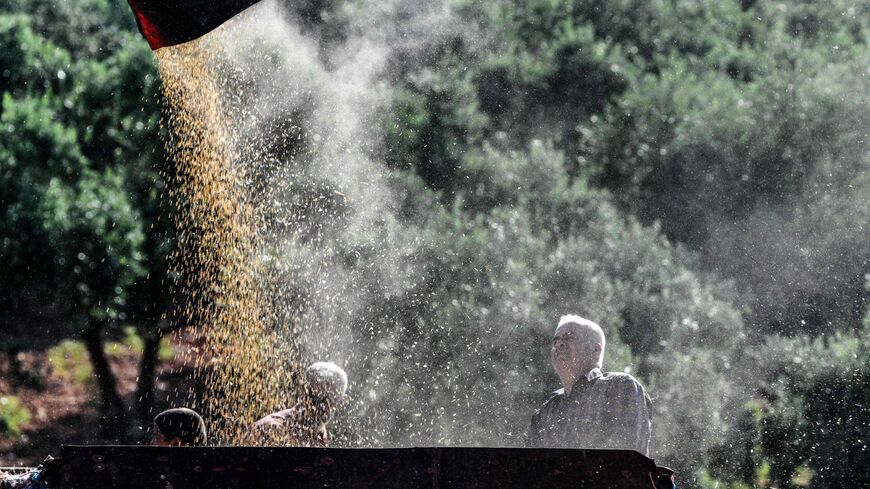 Farmers fill a tractor with freshly harvested wheat in the countryside of Syria's northwestern city of Afrin in the rebel-held part of Aleppo province, on June 8, 2022. - RAMI AL SAYED/AFP via Getty Images

Idlib is taking steps to grow more of its own wheat in the face of global supply problems.

Humanitarian organizations working in the province are supporting wheat cultivation in an attempt to achieve self-sufficiency and enhance food security in the area.

Bakeries in Idlib currently has a daily consumption of 900 tons of flour.

Flour enters the province as part of the humanitarian aid provided by the UN World Food Program. But this aid may stop amid Russian efforts to close the Bab al-Hawa border crossing with Turkey, through which humanitarian aid passes through for the most vulnerable inside Syria. Russia attempts to restrict the entry of this kind of aid through the regime-held areas.

Some 1,912 farmers benefited from loans granted by the Syrian Salvation Government affiliated with Hayat Tahrir al-Sham to distribute herbicide and manure. The resulting area planted with wheat stretches over about 75,000 dunams (18,500 acres).

Abdul Aziz Al-Qasim, the field supervisor of the wheat value chain project in Ataa Humanitarian Relief Association (a Turkish-based NGO), told Al-Monitor that the project to support farmers in Idlib was launched in mid-January and will run through the end of the current year.

It was launched in six villages in Maarrat Misrin, Al-Qasim said, and is divided into two phases. The first phase supplies farmers with fertilizer and diesel fuel, and will eventually purchase wheat from the farmers at a subsidized price. The next stage, which consists of grinding, baking, and distributing bread, will benefit about 5,000  displaced people.

However, Al-Qasim said that due to the Russian-Ukrainian war, countries rushed to secure their own supplies of flour and bread for fear of any famine, “and this has pushed us to also seek ways to confront these challenges.”

Abdul Muti Hablas, a farmer from the village of Hazano, said the service provided by organizations to support wheat production relieves him of a great burden, leads to increased output and achieves a good return for consumers.