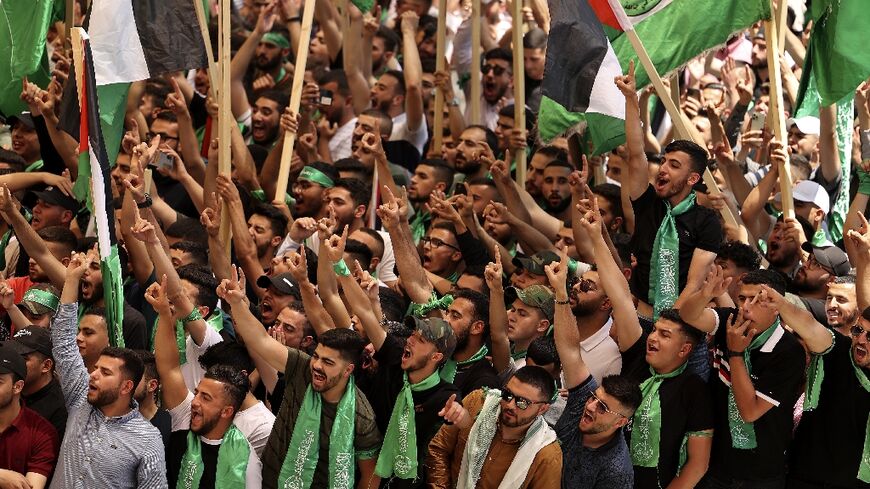 Hamas's Al Wafaa' Islamic bloc won 28 of the 51 seats on the student council at Birzeit University, marking the first time Islamist-aligned candidates have gained control of the body.

"Our victory in these elections confirms the support (for Hamas) of the Palestinian people," Osaid Qaddoumi, one of the bloc's candidates told AFP, echoing statements made by Yahya Sinwar, the Hamas chief in Gaza.

The general Palestinian population has not been to the polls since 2006.

But Palestinian analysts said Abbas baulked out of fears Hamas would also trounce Fatah across the West Bank, which has been occupied by Israel since the 1967 Six-Day war.

Birzeit's vice president, Ghassan al-Khatib, said some saw the campus vote as "a test for measuring public opinion", with no general elections on the horizon.

Hugh Lovatt, senior policy fellow at the European Council on Foreign Relations, said the Birzeit polls were perceived as a type of bellwether.

Fatah, which dominates the Palestinian Authority that rules the West Bank, used to dominate student councils in the territory.

Aref Jafal, a political analyst, said the results were as much about students wanting to "punish the Fatah movement... for its poor performance."

He noted the PA's poor handling of a recent teacher's strike, as well as the death of prominent rights activist Nizar Bannat in Palestinian custody.

Hamas praised the results as "a rejection of the normalisation" and "security coordination," in a reference to the Fatah-led Palestinian Authority's ties with Israel.

Hamas official Fathi Hammad said: "the student movement has proven that (the youth) is the fuel to the revolution."