The seismic impact of Russia's invasion of Ukraine requires Washington to reconsider its role not just in Europe, but in the Middle East as well. 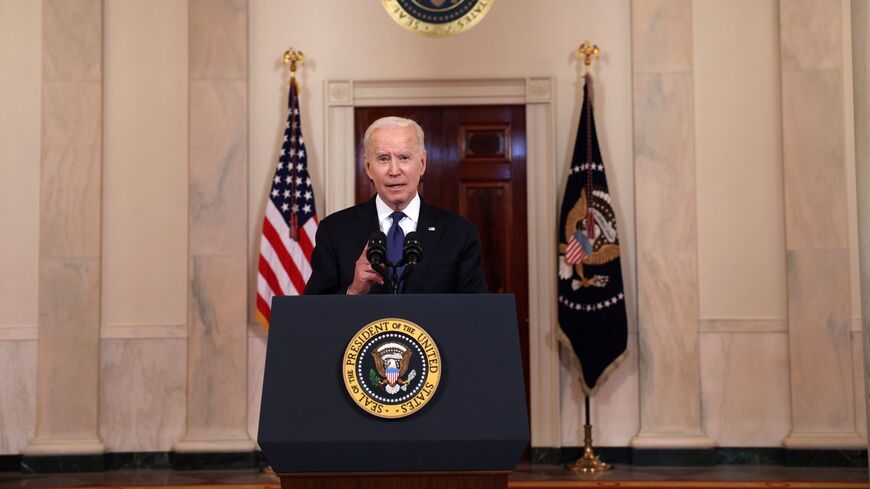 President Joe Biden delivers remarks on the conflict in the Middle East from the White House on May 20, 2021, in Washington, DC. - Anna Moneymaker/Getty Images 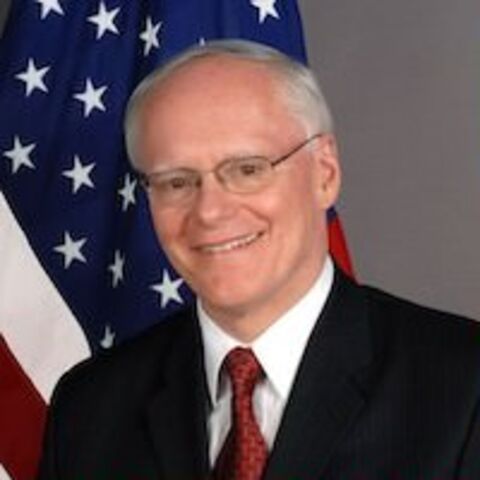 So far, the Biden administration has earned a B for its Middle East regional policy. It has continued some aspects of the last administration’s policy, and changed others, notably to seek return to the 2015 Iran nuclear deal, formally known as the Joint Comprehensive Plan of Action (JCPOA).

But the seismic impact of Russia's invasion of Ukraine requires the United States to reconsider its role not just in Europe, but in that perennial graveyard of foreign policy, the Middle East. While the bar for success in the region is low, the Biden team has made no irretrievable mistakes, responded well to its one crisis (the 2021 Hamas-Israel outbreak), and embraced Trump’s biggest success (the Abraham Accords). It has withdrawn troops where it should have, from Afghanistan, however messy the execution, and kept them where needed: Iraq, Syria and in the Gulf States.

To be sure, the administration has had good luck. There have been no major outbreaks in fighting beyond the Hamas-Israel exchanges, and changes in government (Israel) and in leader policies (Turkey) have been supportive of US priorities. Nevertheless, luck lasts but briefly in the Levant, and the administration should increase not so much resources, but focus, on the region in light of Ukraine. Following are the five realities that should shape such an effort.

First, the global order and the security it provides are indivisible.   Ukraine has brought home what should have been, but long was not, accepted wisdom in Washington and elsewhere: the United States and its partners are running a hugely successful collective security-based global order that underpins the rules-based international system including its financial, trade and values aspects. It is exactly that system which Moscow is challenging openly, and which has furnished the US with the tools to counter that challenge. But that system, by the nature of collective security, is universal and indivisible. The US and Europe need not just Poland, Germany and Japan to deal with Ukraine, but also Middle Eastern states — to replace boycotted oil and natural gas, to vote the right way in the UN, to implement sanctions, or in the case of Turkey, to support Ukraine militarily. But security is a two-way street. Regional partners need American and European backing in the face of the threats in their neighborhood.

Second, pivots make poor policy. Washington, certainly not beginning with this administration, is often slow and uncertain in responding to regional security requests, creating divisions between the US and particularly Gulf states. Its excuse has been usually other priorities — China is the “pacing challenge,” governments must make choices, and beyond the important task of keeping Iran from a nuclear weapon, attention and resources need to go elsewhere. But the global order has been overturned in Syria, just as it is by the march into Ukraine, for which Syria was a precursor. Choices on resources do not have to mean abandoning commitments. Instead, the US should cover the waterfront of missions, but at different levels of ambition and risk, by relying more on working “by, with and through” partners, cutting “non-performing” less vital programs (what the last two administrations did with Afghanistan), and ratcheting back definitions of success (Bush 43’s marrying the “surge” to a time limit on US-Iraq engagement).

Third, the JCPOA is losing its mojo. Trump’s pullout was a mistake that generated a dramatic reduction in “time-to-a-bomb" from the nuclear agreement's standard of roughly twelve months. A return in the first months of the administration would have removed one headache from the president’s inbox. But no longer. The JCPOA restraints on Iran’s enrichment capabilities begin eroding in 2026 and are totally lifted by the end of 2030. Thus, in the next presidential term Iran will again be within a few months of a nuclear device capability. Arguably “the near future” is better than “right now,” but buying relatively minimal time with a JCPOA return comes with costs: lifting the heavy American sanctions, and giving international approval to whatever Iran does within an agreement increasingly less restraining. In negotiating the initial agreement, many saw it as transformational, that working with moderate Iranian leaders could change that whole nation’s foreign policy. But few still see the JCPOA that way. With that hope gone, and the enrichment advantages evaporating, a return to the JCPOA at best has time-limited technical advantages, but certainly not sufficient to base the whole regional policy on. With or without the JCPOA, an aggressive Iran on the cusp of nuclear weapons is becoming part of the region’s security environment.

Fourth, Iran’s regional power, not its nuclear program, are the immediate threat for most governments in the region (and based on polling and recent Lebanese and Iraqi elections, for many Arab populations.) Tehran took advantage of the Arab Spring uprisings to dramatically deepen its control of political processes in Lebanon and Iraq, and to become a “state within a state” in Syria and Yemen, relying on its local Shiite Arab supporters. This was combined with terrorism from the Café Milano to Baghdad, supplying strategic missiles to allies, and direct strikes on American, Saudi and other targets in the Gulf, Iraq and Israel. The Biden administration’s approach has been mixed. It at times recognizes the problem, claiming that after the JCPOA it will press for a “bigger and better” deal with Iran that will include regional and missile issues. But it has not done enough follow up. An official who supervised that portfolio resigned, and senior officials occasionally stretch credulity by seemingly blaming Iran’s  aggression on Trump’s “maximum pressure.” However, the administration is increasingly embracing the anti-Iran Abraham Accords, reaching out to Gulf allies at high levels, and achieving some local success, such as the Yemen ceasefire. But regional partners’ views, not just American efforts, will define success contesting Iran.

Fifth, the West cannot fix, but only ameliorate, the dysfunctionalities which have long bedeviled the Middle East. They include the pervasive poverty in some states, overreliance on hydrocarbons in others, youth unemployment, oppression of women, terrorist and other extremist movements, unrepresentative governments, and long-term conflicts between neighbors, notably the Israeli-Palestinian conflict. These pervasive problems have complicated US collective security in ways not seen in Europe or East Asia. Consequently, for decades the West, motivated by moral values as well as geopolitical interests, pursued transformational interventions. Little was accomplished. Instead, the US suffered bitter tactical defeats (Tehran, Beirut, Somalia), inadvertently helped devastate whole countries (Syria, Yemen, Libya), repeatedly expended precious diplomatic capital on the Palestinian issue, and most seriously, suffered in Iraq and Afghanistan strategic reverses impacting the American public’s taste for any activist foreign policy.

To be sure, 9/11, and the ongoing tragedy of Syria, underscore the risk of ignoring regional threats. But more positive experiences point to a happy medium. Examples are the low-cost “by, with, and through” campaign to defeat the Islamic State, or the administration’s smart crisis management of the Hamas-Israel fighting. Beyond that, Washington should accept that long-term improvements flow not from its policies, but from the region’s peoples and leaders, be it Arab rapprochement with Israel, or economic dynamism in countries from Turkey to recently Egypt. The US can best encourage such home-grown developments by assisting on the margins, while maintaining, with its collective security order backed by free trade and access to investments and funding, a stable environment within which regional states and populations can develop.