With one Knesset member declared rebel and another one quitting the coalition, Prime Minister Naftali Bennett might soon find himself without a party at all. 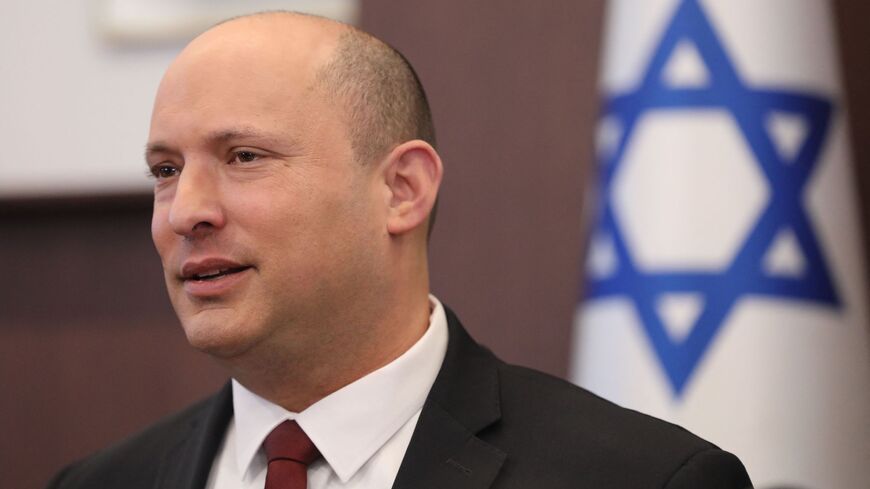 During a meeting with his Yamina faction in the Knesset May 9, Prime Minister Naftali Bennett tried to relay a sense of optimism. He wanted to get the message across that everything was under control, now that the Knesset has returned from its spring recess. He did this even as all signs seem to indicate that the current Knesset will be dissolved before long.

With the coalition’s shaky situation looming in the background, the prime minister’s brief statement to his party was sent directly to the media. In it, he said, “The lack of political stability is unhealthy for the country. We all need to right the ship and show responsibility.” Bennett then continued, “We are now in the midst of a significant wave of terrorism, so we must stand united as we confront our enemies. It is, therefore, incumbent upon us to keep the coalition intact. The alternative is to go back to what we had a year ago, and that would be terrible. Remember where we were a year ago, during Operation Guardian of the Walls. We were a divided nation.”

While Bennett spoke about the integrity of the entire coalition, his biggest problem is his own Yamina faction. It is falling apart in his hands. Bennett has already lost two members: Knesset member Amichai Chikli, who was recently declared a “retiree,” and Knesset member Idit Silman, who quit her position as coalition chair last month. In doing this, Silman caused the coalition to lose its narrow, one-seat majority. Officially, she is still a member of Yamina, but she coordinates her activities with the opposition and acts openly against the government. This is a completely anomalous situation, but then again, so is the whole complicated situation facing the prime minister.

Bennett spent most of his faction’s meeting smiling and making jokes. The faction even celebrated Interior Minister Ayelet Shaked’s birthday with cake and sweets. Bennett offered his congratulations, but the sense of harmony within the party was decidedly phony. It could barely hide the fact that Bennett’s coalition and his Yamina party are nearing the end of the road.

The demise of the coalition is a direct result of the wave of terrorism striking Israel for the past two months. The Islamist Ra’am party suspended its coalition activity in reaction to the riots on the Temple Mount. The ongoing security situation also cast a dark shadow over Yamina, with growing pressure on its members to quit the government. Most of this pressure comes from the right, including some who once supported Bennett, claiming that he was more right wing than Netanyahu himself. They now claim that he cannot take any action against Palestinian terrorism as long as his coalition includes an Islamist Arab party.

Evidently, this pressure took its toll on Silman, who decided that she can no longer operate within a coalition that includes such unlikely partners as parties from the left and an Arab party. Once Silman surprised everyone by quitting, Bennett realized that other members of his party might actually follow her lead. He is fully aware of the negotiations between members of his party and the Likud, which are constantly taking place right under his nose.

To counter this, Bennett does everything he can to keep his party members close, making sure that they have significant achievements to bring back to their electorate. Still, Bennett can only trust one of them: Minister of Religious Affairs Matan Kahana. Bennett and Kahana are old army buddies, and it was Bennett who first recruited Kahana into politics. The other three members — Shaked, Deputy Minister Abir Kara and Knesset member Nir Orbach — have formed a front of their own within the party, which could turn against Bennett at any time.

Shaked is believed to be the leader of the group. It is known that they met several times in the last two weeks in order to coordinate their positions. Shaked wants to create her own independent power base to face off against Bennett within the coalition, but also to face off against the Likud.

Former Prime Minister Benjamin Netanyahu is also hard at work to bring down the coalition. He wants these three members on his side, so that he can form an alternative government headed by him, while the current Knesset is still in session. To achieve this, he is prepared to offer them ministerial posts. He will still need more members, but if he manages to win these three over to his side, the coalition will collapse. Should that happen, more members might follow them.

All this drama is taking place in a coalition that can barely function without a majority. What this really means is that Bennett faces a grim political future.

Bennett is an experienced politician who realizes that there is a good chance that the coalition will fall, and Israel will head into a new round of elections. As such, he is preparing himself accordingly. According to one report in Haaretz, he is already prepared for this scenario. Apparently, he even met with one of Netanyahu’s former strategic advisers as recently as 10 days ago in order to prepare for the next election. Sources in the know about the meeting say that Bennett expressed his belief that the coalition will fall within a matter of weeks, so he has already started planning his next campaign. Convinced that he has lost the right, he plans to appeal directly to centrist voters on the political spectrum.

A poll released by Channel 13 shows that Bennett is taking the right approach. It gives him nine seats, meaning that Bennett will manage to recover. In that scenario, he will recruit a new base of supporters from the center and the moderate right. On the other hand, it must be noted that the same poll gives the Likud under Netanyahu a total of 36 seats.

Netanyahu is improving his grip on the political system, while breathing down Bennett’s neck all the while. He seems to enjoy taunting him, too. In a speech to the Knesset, Netanyahu called Bennett by his first name, saying, “It is time to put an end to the failures of this government. I want to tell you, Naftali, that it’s time for you to call it quits. It’s over.”

According to Netanyahu, “The current government is paralyzed and in deep crisis. It is not fighting terrorism, the prime minister’s policies are not being set in Jerusalem, nor are they being set in Raanana [where Bennett lives]. They are being dictated by the Shura Council. I can understand why you won’t take to the streets to hear the people’s criticism of you, but when the citizens of Israel are scared, that’s a problem for all of us. The citizens of Israel do not feel safe.”

Tensions on the security front tend to strengthen Netanyahu and weaken Bennett. The fact that Ra’am effectively holds the keys to the coalition’s continued existence is perceived as a major weakness by the right.

Bennett works hard to maintain the partnership with Ra’am, and maintains a close relationship with the party’s leader Mansour Abbas. His main problem is that Abbas himself is getting weaker within his party. The security situations and the riots at Al-Aqsa Mosque have taken their toll on him, too. Given this, it is not at all certain that he will be able to withstand pressure from his Islamist electorate to quit the coalition.