Paying tribute to the Druze community and its contribution to the country, Finance Minister Avigdor Liberman called to change the controversial Nationality Law, which anchors the Jewish character of the State of Israel. 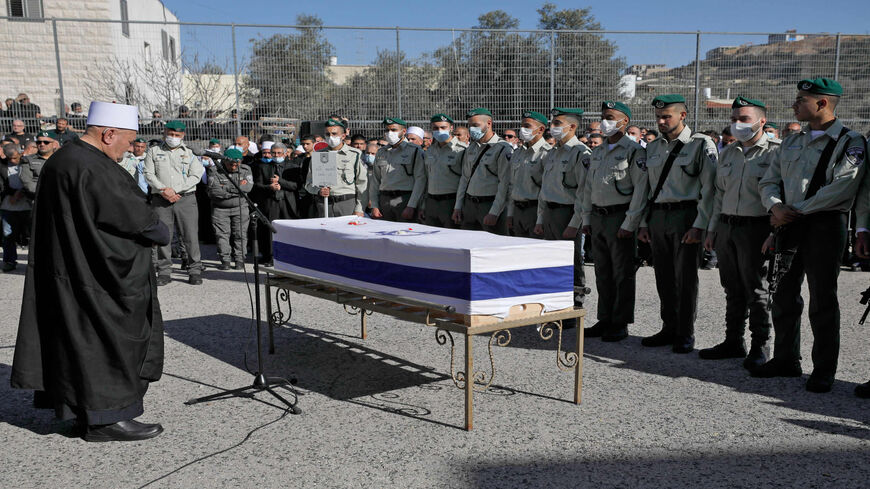 On May 15, the Israel Defense Forces (IDF) authorized to publish the name and photo of Druze Col. Mahmoud Kheir el-Din, who was killed by friendly fire in a covert operation in the Gaza Strip in 2018. Kheir el-Din, 41 at the time, had participated in a special operation by the Intelligence Division. He was awarded a medal posthumously on the chief-of-staff's commendation. Due to security considerations, his name and photo could not be released until now.

All at once, he became a hero. His death raised a painful issue for the country’s Druze community — the controversial “Nationality Law,” which anchors the Jewish nature of the State of Israel. Various parties in the coalition called for the law to be repealed immediately.

The issue was raised by the head of Yisrael Beitenu, Finance Minister Avigdor Liberman. He tweeted, “There is a clear contradiction between the Nationality Law in its current iteration and all the praise for Israeli hero Mahmoud Kheir el-Din and many others like him, who gave their lives for the country. We now have an opportunity to amend the Nationality Law and set the Declaration of Independence as a Basic Law. I call on the opposition and the coalition to come up with a new path forward, instead of making do with terms like 'brothers in arms' to describe the Druze community. They have to do what circumstances demand.”

His reaction was surprising. Several members of his Yisrael Beitenu party actually supported the Nationality Law, which was advanced by the Likud in 2018. On the other hand, the party also has a Druze minister — Hamad Amar — who voted against the law once Liberman allowed the members of the party to vote their conscience. The mood has changed since then. Yisrael Beitenu is no longer party of a coalition of right-wing and ultra-Orthodox parties. There is now a real possibility that the discriminatory law could be overturned.

One member of the government, who immediately backed Liberman, was Alternate Prime Minister and Foreign Minister Yair Lapid. He responded to Liberman on Twitter, writing, “I agree with every word of this.”

The head of the Blue and White party, Minister of Defense Benny Gantz, also turned to Twitter to voice his support for Liberman’s proposal. He wrote that he plans to bring a new Basic Law on Equality before the Knesset to counter the discriminatory Nationality Law: “The time has come to anchor the principle of individual equality with a Basic Law.”

The Equality Law, which was first proposed by the Blue and White party several months ago, states that every citizen of Israel is equal before the law. According to this law, the rights of the individual should not be infringed due to religion, race, gender or any similar reason. The coalition, particularly Prime Minister Naftali Bennett’s own Yamina party, has been opposed to the proposed legislation until now, so it went nowhere.

Gantz announced that the chair of the Blue and White party’s Knesset faction, Knesset member Eitan Ginzburg, will lead the efforts to push forward with the law. “I call on all members of the government to support the law, and hope that we can advance it for the benefit of all Israeli citizens and the State of Israel at large,” wrote Gantz.

With all of this in motion, on May 16, members of Yisrael Beitenu submitted a legislation proposal to amend the Nationality Law.

This leaves the members of Bennett’s Yamina party at a loss. They supported the original law and even spoke highly of it at the time. But much has changed since then. They are now part of a coalition with left-wing parties and an Arab party to boot. The question now is whether they can stop the new legislation from proceeding.

Yamina’s Minister of the Interior Ayelet Shaked threatened that her party would go so far as to veto the Equality Law. She wrote on Twitter, “I suggest that the members of the coalition stop playing around with the idea of implemented changes to the law, which are not part of the Basic Laws. It won’t happen, as determined by the coalition agreement.” She stressed, “If necessary, Yamina will use its right to veto the law. It would be better to focus on the economic and security challenges facing us.”

Nevertheless, it will not be easy for Yamina to prevent the Equality Law from being brought before the Knesset.

Minister of Justice Gideon Saar announced that he supports establishing the principle of equality in the Basic Law on: Human Dignity and Liberty. He noted that his intention is to emphasize the equal rights of the individual before the law, but stressed that this should not be done as part of the Nationality Law, which should not be repealed and should not be amended.

On the other hand, Knesset member Ayman Odeh, head of the opposition Arab Joint List, also responded to Shaked’s statement. He said, “I call on the coalition to receive the support of the Joint List to pass the Equality Law, despite Shaked’s opposition to it.”

Meanwhile, there has also been a renewal of public protests calling for the repeal of the Nationality Law. This leaves the issue on the national agenda and will help advance the new bill in the Knesset.

The head of Israel’s Druze community, Sheikh Mowafaq Tarif, welcomed Liberman’s proposal and call on the country’s decision-makers to “take personal account” of their attitude toward the Druze community. “I ask all the parties in the Knesset, from the coalition and opposition alike, to take action to amend the Nationality Law by establishing the principles of the Declaration of Independence calling for equal social and political rights and full and equal citizenship, and to formalize the status of the Druze community and its rights. I want to believe and I hope that Israel’s elected officials and political leaders from the right, the center and the left, will rise to the challenge and institute the necessary amendment in order to heal this open wound.”

The controversial Nationality Law was passed toward the end of the fourth Netanyahu government in July 2018. It is a Basic Law that states that Israel is the historic homeland of the Jewish people, who have the sole right for national self-determination there. It formalizes the status of the various national symbols of statehood, including the flag, the seven-branched menorah, the national anthem, the Hebrew calendar, Independence Day and Jewish holidays. It also determines that a “United” Jerusalem is the nation’s capital, as stated in the Basic Law on Jerusalem, and names Hebrew as the country’s sole official language.

While the right celebrated the law’s passage, it infuriated the Druze community, which serves in the IDF, often in combat units. They said that the law was not egalitarian and that it discriminated against them, treating them as second-class citizens.

But Israel now has a different coalition. Ostensibly, it should be possible to amend the law at the very least. On the other hand, even talk of amending it poses a challenge to the coalition’s right-wing members, who are already in crisis. The question now is whether amending the Nationality Law is what will cause this government to fall apart.

Former Prime Minister and current opposition leader Benjamin Netanyahu recognizes that amending the Nationality Law has enormous electoral potential for him on the right. At a meeting of the Likud’s Knesset faction May 16, he declared, “We will not let them amend or repeal the National Law. We will not concede on that. We will work together with even greater energy to bring down this weak and fraudulent government, which is being extorted by the Shura Council.”