The very fact that matters of religion and state became the main issues in the Sept. 17 election could help to resolve them. 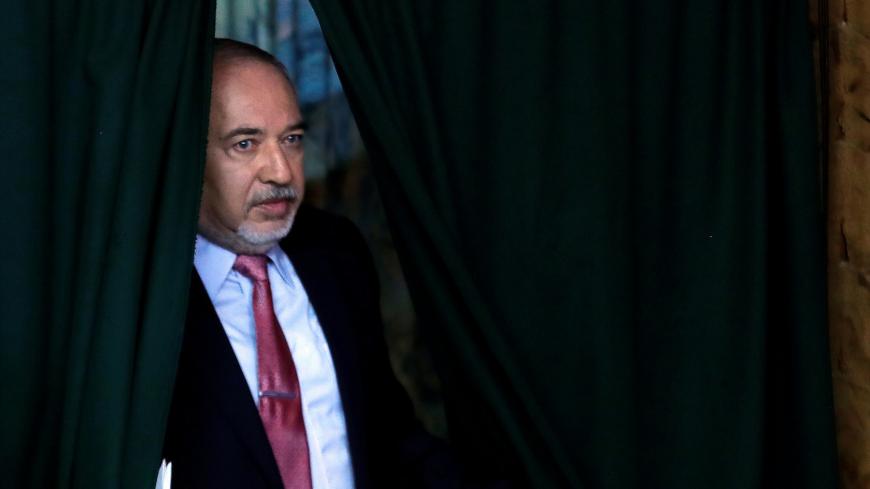 Yisrael Beitenu Chairman Avigdor Liberman was the reason that Prime Minister Benjamin Netanyahu failed to form a right-wing government after last April’s election. He refused to join a coalition with the ultra-Orthodox parties after they refused to move ahead with the version of the Conscription Law, which passed a first reading in the Knesset in July 2018. Liberman may be an inseparable part of the Israeli right, but once again, after September’s election, it is Liberman’s firm views on issues of religion and state that are preventing Netanyahu from forming a new right-wing coalition with the ultra-Orthodox.

Indeed, at the heart of Liberman’s disagreement with the ultra-Orthodox is the Conscription Law. When a committee at the Ministry of Defense first wrote it, it received the approval, if only in principle, of the country’s ultra-Orthodox politicians. But then, when it was on its way to final approval in the Knesset, those same politicians took a tougher stance and demanded that changes be made to the law. The law stipulated that a certain number of ultra-Orthodox men would be required to serve in the military, based on the needs of the Israel Defense Forces (IDF), and that failure by the yeshivas to meet those numbers would result in budgetary sanctions against them. In coalition negotiations after last April’s election, Liberman insisted that the law be passed as is, without changing a single comma, while the ultra-Orthodox parties insisted on a number of changes. The ensuing deadlock prevented a new government from being formed and led to the decision to dissolve the 21st Knesset and call new elections.

In his campaign for the 22nd Knesset, Liberman decided to focus on issues of religion and state and laid out his conditions for bringing his party into a new government. These included passage of the Conscription Law “as written,” the introduction of a compulsory core curriculum for ultra-Orthodox schools, repeal of the so-called "supermarket law," public transportation on the Sabbath, civil marriage and more. Since he believes that it will be impossible to reach any agreement with the ultra-Orthodox over these issues, his one rigid demand, which he repeated throughout the election, was that the two main parties, the Likud party and the Blue and White Party, form a liberal unity government together with Yisrael Beitenu. In other words, he called for the creation of a secular government without the ultra-Orthodox parties, but also without the religious Zionist parties, which he refers to as “messianist.”

So far, the two major parties have disappointed Liberman by moving away from his demands. Likud signed an agreement to form what Liberman calls the “Halacha" (Jewish law) bloc with the ultra-Orthodox parties, which support a government headed by Netanyahu. As for Blue and White, Liberman claims that they are still trying to keep the option of forming a government with the ultra-Orthodox open. As a result of this, he announced on Sept. 22 that he will not be recommending any candidate to President Reuven Rivlin. On the other hand, he did agree to meet with Blue and White Chairman Benny Gantz on Monday. This meeting took place just before a meeting of Netanyahu, Rivlin and Gantz on Monday afternoon.

Liberman’s demands concerning religion and state have been the subject of fierce disagreement and debate for ages. Upon the creation of the State of Israel, control over conversion was handed to the Orthodox and ultra-Orthodox-dominated Chief Rabbinate, along with the exclusive authority over marriages and divorce. Similarly, existing law dictates that all public services will be closed on the Sabbath and no commerce will be conducted. The ultra-Orthodox also received autonomy over their education system.

After three years of intense work, in late 2002 Professor Ruth Gavison and Rabbi Yaakov Medan produced a document called the Gavison-Medan Covenant with a proposal for new rules in dealing with issues of religion and state. Successive governments abandoned this covenant and did nothing to adopt or even promote it or engage in lively public discussion about its details. All that was left to happen was for individuals like Liberman to initiate attempts to change the status quo on all these issues of religion and state.

The problem of the Conscription Law, which was intended to set parameters for the enlistment of yeshiva students in the IDF, is one of the easier issues to resolve. Thousands of young ultra-Orthodox men receive a deferment or exemption from service because they are studying in yeshiva. The problem is that they cannot join the workforce if they stop their studies, and they become an economic burden on the state. The issue was very close to resolution in 2018, when the ultra-Orthodox did not prevent the proposed law from being approved in its first reading in the Knesset. The advantage of this law is that politicians did not put it together. Instead, a professional committee in the Ministry of Defense wrote it. It would certainly be possible to reach a compromise on this issue in a more relaxed or flexible political environment.

The problem of conversion is more difficult, as is the attitude toward non-Orthodox communities. With the backing of religious Zionists, the ultra-Orthodox refuse to give up their monopoly over conversion and reject Liberman’s demand that the rabbis of cities, all of them Orthodox though sometimes more lenient, also be granted the authority to perform conversions. There is very little chance of reaching a compromise here. The ultra-Orthodox refuse to even consider non-Orthodox conversions, while their disparaging comments about Reform Jews are hardly a rarity.

Another tough obstacle to overcome will be ultra-Orthodox education. Liberman is demanding that a core curriculum, meaning mathematics and English, be included in the ultra-Orthodox school system. The reason for this is that one of the main problems facing the ultra-Orthodox who do want to integrate into the workforce is that they are far behind the rest of the population in these basic fields. Ostensibly, it seems as if ultra-Orthodox opposition to enforcing a core curriculum in its schools reaches across the board. They will not agree to compromise here even if it meant cuts to their budgets.

It is quite possible that, in the end, none of Liberman’s demands will be met, and the next government will include ultra-Orthodox parties. Nevertheless, the very fact that matters of religion and state were a major issue in this election could advance efforts to find a solution to problems that the State of Israel has been unable to resolve ever since it was founded. If that happens, the chairman of Yisrael Beitenu deserves all the credit and praise for it.